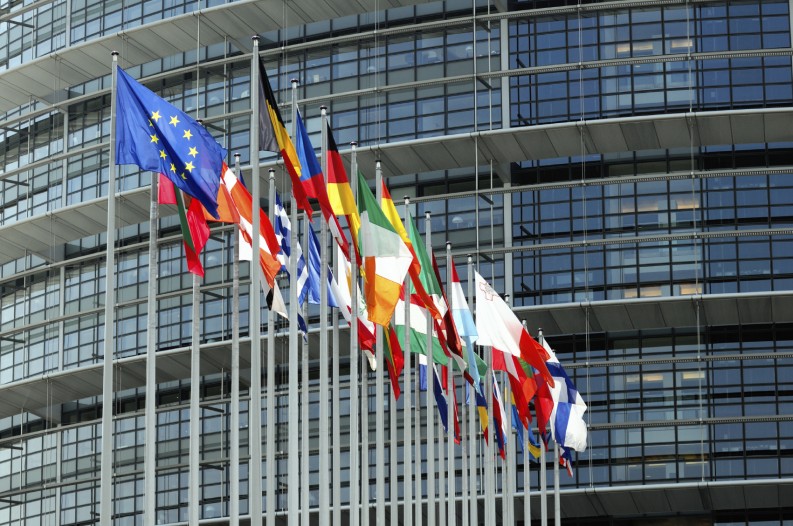 ‘Business as Usual Appears To Be a Thing of the Past’

Thanks to our colleague Gary Price at Library Journal, we’ve been alerted to the Research Service’s briefing out this month on Ebooks: Evolving Markets and New Challenges. This report is timed, of course, to coincide with the coming reconsideration of VAT tax implications for ebooks in Europe. To the dismay of many, the European Commission’s stance on ebooks is that they are classified for tax purposes as digital products, not as books per se, and thus they are, in most countries of the EU, taxed at a substantially higher rate.

The report, in its opening summary, describes it this way:

“In contrast to print books, e-books cannot enjoy reduced VAT rates, since they are classified as ‘software’. While the average VAT rate for print books across the EU is 7.6%, the corresponding rate for e-books stands at 19.9%, thus placing them at a disadvantage. The European Commission has already begun a reflection on the VAT regime, including considering the application of reduced VAT rates and is to announce its conclusions by the end of 2016.

As has been reported in many instances, there’s been considerable resistance to the “disadvantage” of ebook taxation. Some of the most forceful language is found in the he four-nation ministerial declaration of last spring in which the cultural chiefs of France, Germany, Italy, and Poland termed the situation “unjustifiable discrimination toward ebooks.” A part of this statement, in fact, carries what is something of a rallying cry for many on the issue, “a book is a book”:

“Whether it is digital or printed, it is the content that makes the book, not the way the reader has access to it. A book is a book no matter what its form is.”

Nevertheless, the Union must work its way through its “reflection” on the matter with due diligence, and the Research Service’s briefing is part of that process. On the way to the most pertinent part of the 12-page document, in fact, we find some interesting points worth noting.

For example, the briefing’s authors write:

“Book publishing is the largest media and entertainment industry [in the EU]. With an estimated value of US$151 billion, books have out-distanced music (US$50 billion), video games (US$63 billion), magazines (US$107 billion) and even film and entertainment (US$133 billion).”

At the global level, the report names six leading countries in publishing: USA, China, Germany, Japan, France, and the UK. Those six markets, the report says, “account for almost two-thirds of global value created by publishers. Interestingly, China has now become the world’s second largest market overtaking Germany and Japan, which had been competing for this position for decades.”

The Research Service uses our colleague Rüdiger Wischenbart’s Global Ebook Report (2014) for some of its data, including its ranking of the six global publishing markets. “China,” the authors of the briefing write, “has now become the world’s second-largest market, overtaking Germany and Japan, which had been competing for this position for decades.”

Echoing so many of us in the world’s discussions of the digital dynamic, the report concedes that “it is becoming increasingly difficult to consider book publishing (and reading) separately from the adjacent content and media industries.”

Based on 2012 reports from European Commission analysis, the report authors write of how Germany in 2006 took over the lead among EU countries in book publishing, a role formerly held by the UK. And as for digital:

“The EU e-book market took off only in recent years, and in 2014 still represented only 1.6 percent of the total book market in the main EU markets.”

The report has several sidebar focus pieces, one on fixed book prices (in existence for more than 150 years, the authors tell us), noting, “Most countries with strong book industries have” fixed pricing. The issue is especially pertinent, now that Germany appears to be moving to fixed pricing for ebooks, reported on this week by Publishing Perspectives’ Ingrid Süßmann and Hannah S. Johnson. France, the briefing notes, extended fixed pricing to ebooks in 2011.

And on the walkup to the crux of its issue, this briefing pulls off a very deft capsule explanation of the digital dilemma at the heart of the EU’s controversy:

“The commercial strategies implemented by both traditional and new players in the publishing industry are changing. ‘Business as usual’ appears to be a thing of the past, since the ‘book’ at present comes in a variety of formats, integrating components and engaging readers in novel interactive experiences.

“The old linear supply chain has become a global network, with competing distribution channels and retail outlets. Not only is digital content accessible across an increasing number of media platforms, but it can also be downloaded via various portable devices (e-readers) such as the Apple iPad, the Amazon Kindle, Barnes & Nobles’ Nook, or Kobo.

“More importantly, ebooks make the term ‘out-of-print’ obsolete. In this context, the industry faces many advantages and challenges. On the one hand, digital options reduce the costs of production and distribution while improving speed and efficiency. On the other hand, dematerialisation is affecting the industry, changing the role and relative importance of the various industry players (e.g. increasing risk for retailers such as book shops).”

On the way to the VAT question, there’s a passage looking at “big digital players” that “rearrange their company structure through series of highly complex tax arrangements…by establishing their headquarters in Member States offering favourable conditions with regard to corporate taxes, to enjoy competitive advantage over companies that operate mostly out of, or in, one market.” This, of course, is the Amazon question, and the company and its Luxembourg base are mentioned in a special sidebar. ‘The Electronic Counterpart to a Printed Book’

About the tax status of the ebook, the report’s authors write:

“An ebook is generally defined as the electronic counterpart to a printed book. However, for legal and tax purposes, it is the format used that determines the VAT rate applied. Indeed, contrary to ebooks–classified as ‘software’–digital content delivered on a physical support–for example, books on CD-ROMs or USB sticks–qualifies for a reduced VAT rate (see Annex). All EU countries except Denmark and Bulgaria, apply reduced VAT rates to print books.

“While Denmark levies the highest VAT (25 percent) on print books, the UK and Ireland use a zero rate.

“In contrast, the VAT Directive excludes all electronically supplied services from the scope of reduced rates because of the risks of distortion on the internal market. In spite of this, France and Italy currently levy reduced VAT rates on ebooks. While the average VAT rate for print books across the EU is 7.6 percent, the corresponding rate for ebooks stands at 19.9 percent.

And there are representations offered in the report from stakeholders, as well.

The European Digital Media Association (EDiMA), for example, has called for alignment of print and ebook taxation in Europe.

And the International Publishers Association (which holds its 31st congress on the 10th of April before the opening of the London Book Fair), the briefing tells us, takes the position that:

“The disadvantaged situation of e-books with respect to VAT runs contrary to various initiatives to promote digital literacy and is holding back the development of the e-book market in general, and especially in non-English and smaller-language markets. More importantly, the Association claims that the different VAT treatments disproportionately affect visually impaired people, for whom e-books offer specific font-increasing functionalities.”

And the European Parliament served by this briefing?

As the lines of debate are drawn here, the stance of the EU’s legislative body is characterized this way:

“The European Parliament (EP) considers that the VAT rate applicable to e-books is a short- coming of current legislation. The EP suggested allowing Member States to apply a reduced VAT rate, on a temporary basis, to electronically supplied services with cultural content. In a May 2015 plenary debate, Andrus Ansip, Commissioner for the Digital Agenda stated that ‘the Commission [had] already started working on the VAT regime, including looking at the application of reduced VAT rates’, and would announce conclusions in 2016. Commissioner for the Economy and the Digital Society, Günther Oettinger, stressed that the lack of harmonisation of tax rates for online trade is ‘unacceptable’, a position echoed by Commission President, Jean-Claude Junckerspeaking to the Association of German Newspaper Publishers.”

And so it is that the union’s nations approach that “reflection” on the status of a digital book this spring.

What might seem a perfectly easy call to some—it’s just a book in digital clothing! many might say—the real context at stake here is about accessibility and thus audience. Publishing needs readership and every society needs readers.

Can any of the nations of the world do less than make books and reading available in all possible forms and with maximum affordability?