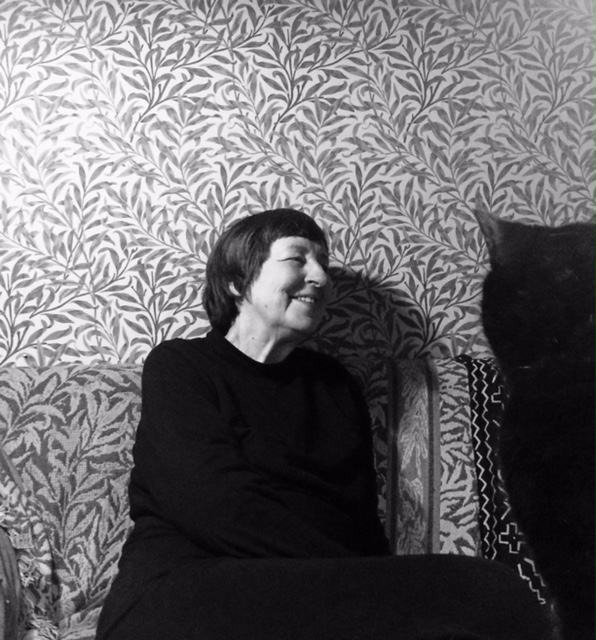 Fill out our new Author Buzz Submission Form to tell us about your writers and titles receiving international attention.

Here at Publishing Perspectives, we write a lot about translation and rights, and in an effort to highlight the authors behind these deals, we are launching a regular feature in which we highlight a small selection of authors (by no means a definitive list) who are receiving press coverage and interest from international publishers.

And we’re asking for submissions! If you have an author who’s getting buzz in the media or interest from publishers abroad, fill out this form and tell us about it. We’ll curate the submissions on a regular basis to bring you a snapshot of author buzz.

We’re kicking off this series with authors from Finland, Algeria and Germany. Finnish author Leena Krohn has been winning literary prizes since before some of us were born—most notably the Finlandia Prize. In the last few months, her international fame has been gaining momentum.

Krohn is one of Finland’s most iconic writers and has been compared to an astonishing array of writers including Ursula K. Le Guin, Milan Kindera, Virginia Woolf and Italo Calvino. You could characterize her writing as science fiction, fantasy, or speculative fiction, but an article in The New Yorker reports that “Krohn doesn’t see herself as a genre writer.”

Cheeky Frawg Books published a massive English-language collection of her novels, novellas and short stories, Collected Fiction, in December 2015. Since then, she’s received fantastic media attention from NPR, Gizmodo and Kirkus, the last of which calls her “a brilliant conjurer of possible worlds.” No stranger to the spotlight, Algerian author Boualem Sansal has been writing politically charged fiction since his first book, Le serment des barbares came out in 1999. Sansal is a former high-ranking official official in the Algerian government who now finds himself very much outside the country’s political establishment. Much of his writing touches on Islamic extremism, and his demand for democracy in a 2006 letter led to his works being banned in Algeria. His pro-democracy stance was a catalyst for winning the 2011 Peace Prize of the German Book Trade.

Sansal is once again the subject of media coverage both for his latest book, 2084 (published by Gallimard in October 2015), and because many French readers are looking to Arab writers to help them understand the recent Paris attacks. He’s been mentioned in major media, including the New York Times and Le Monde.

2084, with its references to George Orwell’s 1984, was longlisted for six of France’s major literary prizes in Fall 2015. It’s coming out in English with Europa Editions in 2017. Fore more rights information, contact Gallimard. Who would have thought that The Hidden Life of Trees would be such a hit? Written by Peter Wohlleben, a forest ranger in Germany, this book about the surprisingly complex social network among trees has been a runaway bestseller since being published by Ludwig Buchverlag in May 2015. At the time of this writing, it’s ranked at number 16 among Amazon.de’s bestselling books and number 1 on Der Spiegel’s Hardcover Nonfiction bestseller list.

According to a substantial feature article in The New York Times, translation rights have been sold to 19 countries so far. Wohlleben has been a guest on numerous radio and tv programs, and the book earned praise from renowned German literary critic Denis Scheck.

What’s behind the success of this book? Many have praised Wohlleben’s writing style and the way he presents scientific research and evidence with a very human and approachable tone. Could it also have to do with the modern need to get away from our smartphones and appreciate nature? In some ways, this is not unlike the surprise hit, Norwegian Wood by Lars Mytting, about the simple pleasures of being outside and chopping, stacking and burning firewood (though it’s a very ironic comparison, as Wohlleben advocates that trees have more humanlike qualities than most of us know).