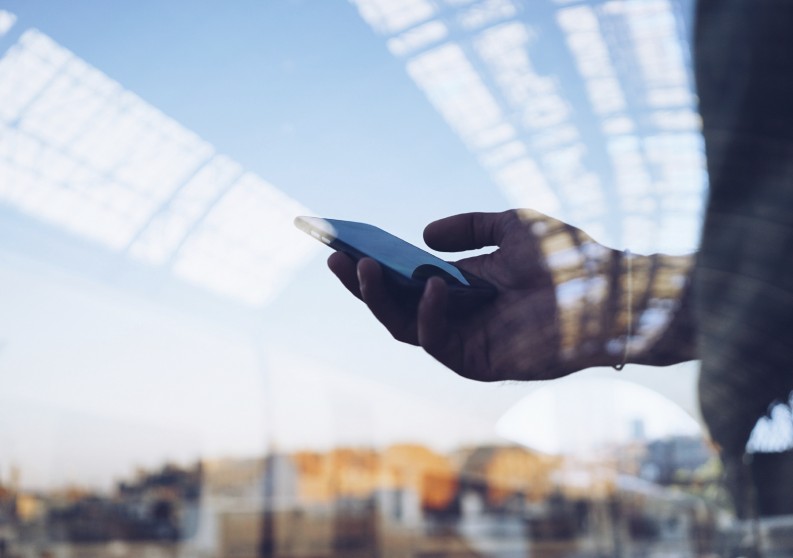 ‘We’re reimagining the app as a platform,’ says Touchpress’ Tom Williams. But he and other key players in digital operations don’t see the same future ahead. When Touchpress announced last November that it was selling off its the bulk of its literary and education apps, it seemed to some like a joke.

Touchpress was born shortly after the launch of the iPad in 2010, so when in October 2015 Apple CEO Tim Cook launched the 12-inch iPad Pro in Europe from Touchpress HQ in London, that seemed like a ringing endorsement for the future.

“I’d love to think the future lies in big-money paid-for titles, but this is now unique to the console gaming industry.”Dean Johnson, Brandwidth

In the dark days of the digital tsunami, when some feared that ebooks would sweep away the printed book and the industry that supported it, Touchpress’ groundbreaking apps including The Elements and The Waste Land seemed to give publishers a vision of a digital future that was reassuringly familiar. In that vision, the same business model that traditional publishing had used would carry on: customers would pay a one-off premium price for an app just like they had done for books.

But all that has come into question, now that Touchpress has announced it’s selling 15 premium educational and literary apps to concentrate on free music apps delivered for big brands like Apple TV—apps such as Classical Music Reimagined. Industry insiders have suggested Faber & Faber as a likely bidder. Touchpress and Faber worked together on the widely discussed Arcadia app by author Iain Pears.

All told, the 30-pluss Touchpress apps have had more than 7.2 million downloads since the company’s founding, generating £3m (US$4.2) in gross revenue.

“What we’ve realized is that apps aren’t media, they are a great distribution method,” says Tom Williams, head of marketing at Touchpress. “We’ve published some really great apps. However, just like books, some apps sell, some don’t. “The big challenge with every app is that—unlike bookshops—the App Store is an incredibly fast-moving commercial environment where you can’t just publish and forget as you can with a book. Then there’s an ongoing commitment to maintain an app, which can become a drain on resources as it means new content and features. When the iPad was first launched, a lot of people spent £9.99 (US$14.25) on an app, had a very bad experience, and are reluctant to do so again. Our back catalog is also quite diverse so while The Waste Land and The Sonnets fitted together, others didn’t.

“The lifecycle of iOS is also a complication as there’s a new update every year, which often changes how the app works. The publisher then has to maintain a commitment to keep the app working.

“So we’re reimagining the app as a platform that supports a wholly owned format to distribute interesting audio.”

‘Apps That Complement or Extend Print’

However, at Hachette UK, digital head George Walkley says he remains committed to apps, even if Hachette has to embrace lower prices and in-app purchases.

“In general terms,” Walkley says, “apps remain one of the main digital opportunities for publishers, as they offer a degree of user experience and functionality that’s difficult to replicate on alternative platforms such as ebooks or websites. But with over 1,000 new apps published every day, there is still an acute discoverability issue. And low app prices, or a freemium model reliant on in-app purchase, make monetizing apps challenging, especially in the context of high development costs. “Hachette UK has published over 300 apps since the iPhone was first released, for all major operating systems and for a variety of authors and books. We’ll continue to do so as the app affords us creative possibilities which other formats do not.

“We also pursue a deliberate approach of keeping initial development costs low, having product in market in a timely manner, especially when related to key trends (as with our 5:2 diet and colouring apps), and employing an iterative approach to development, using consumer usage data to inform updates.”

‘We Stopped Flogging the Dead Horse a Few Years Ago’

Dean Johnson, head of innovation at brand development and digital services company Brandwidth remains sceptical as to the future of the app for publishers. Johnson says he and Brandwidth had their fingers burned a few years ago with the attempt to launch their own premium literary app, The Numinous Place.

“When the iPad launched,” Johnson says, “the first thing we all did was purchase quality apps delivering a visually impressive interactive experience. Why? Not because we felt a sudden urge to expand our horizons and demonstrate our literary prowess, but to fill up an empty vessel. A $600+ tablet was hard to justify if you had nothing compelling on it and in the early days most consumers didn’t really know why they needed one, just that Steve Jobs had said so. “The Numinous Place fell into this category, but it had the added struggle of proving its relevance as a piece of interactive fiction. I loved the project but the audience needed a lot more convincing to fill the gap between ebooks and movies.

“Fast-forward a couple of years and familiarity hadn’t bred contempt, but it had defined the platform. Most consumers were using tablets to watch films, catch-up TV and YouTube, play games, browse social apps and search the web. Most publishers never invested enough in design, storytelling, app development and even marketing, and you just can’t do this if you’re not fully committed.

“The days of the big paid-for app are numbered. I salute the perseverance of publishers but we stopped flogging the dead horse a few years ago—it’s the main reason we work with big brands, including automotive, fashion, film, TV and music labels.”

‘We Still Love Them’

In the end, Johnson says: “I’d love to think the future lies in big-money paid-for titles, but this is now unique to the console gaming industry, where users are still happy to part with $40+ per title. Episodic micropayments and subscription models are paving the way for mobile devices, set-top boxes and virtual platforms. It’s a bigger market than ever and so much more exciting, as it keeps products alive well beyond launch.”

“Our experience has taught us some valuable lessons about the differences between critical paths for print and apps,” he says, “the importance of data and an iterative approach, and of finding the right developers and partners.”

For Tom Williams, the future for Touchpress is “to become a platform that offers stunning music experiences. We’re in discussion with buyers at the moment and we’ll be announcing a deal when it’s completed.”

Touchpress, Williams says, is also developing their first app for Android, something that’s been a challenge commercially to develop. While Android is the most popular mobile platform, its users are notorious for spending little. Some apps need a broader audience to make them financially viable there.

And while industry figures debate the future of the standalone app, one avid reader Publishing Perspectives spoke with commented: “While apps may no longer be cool for developers, we still love them.”