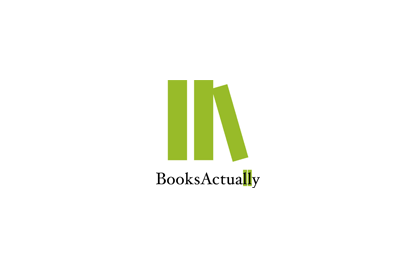 At High Net Worth, Kenny Leck, co-founder and owner of Singapore’s BooksActually bookstore, as well as its publishing arm, Math Paper Press, was interviewed by Rachel Eva Lim about his life, bookstore, and publishing company, and about reading and publishing in Singapore overall. Some highlights are below:

Rachel Eva Lim: Seeing as BooksActually just celebrated its 10th anniversary last November, can you give me a brief history? Kenny Leck: Sure. We’re a homegrown bookstore founded in 2005 by Karen Wai and myself. Karen left around six years ago and now I run the bookstore with my store manager and partner, Renée Ting. We’ve always done things on our own dime and under our own steam. We’ve survived a few scares along the way, as I guess most businesses do. To be honest, I think a lot of people are curious as to why we’re still around.

Lim: Tons of the bigger bookstores have been shuttering their outlets.

Leck: Definitely. A lot of the bigger ones in the States are closing.

Leck: Yeah, that’s weird. Why do they want to get themselves into that? There’s so much pain that comes with running a bookstore! [laughs]…

Lim: I know you spent some time at Tower Books and Borders. What did working at these places teach you about running a bookstore?

Leck: Tower Books was a small space, but the culture was very liberal. They sold whatever local books were in print at that time and were very supportive of counterculture and small enterprises. They were the only bookstore back then that had shelves dedicated to obscure topics like gender studies. Borders was a very corporate environment, definitely more structured and systematic. I think the mixture of liberalness that I got from Tower Books and the business savvy that I got from Borders resulted in BooksActually.

Lim: Do you think the rise of the e-reader contributed to Borders’ downfall?

Leck: The e-reader hasn’t really taken off in Singapore, so it’s wrong to say that Borders died because of that per se. In the States, yes. But none of the bookstores here can blame the e-reader because there hasn’t been that same penetration rate or stranglehold. So it’s odd when we see media outlets pin the blame for bookstore closures on e-readers. That’s not looking deep enough. I think Borders just forgot to be booksellers first and foremost…

Lim: Math Paper Press has published some titles that deal with sensitive subject matter. Have you ever run into any censorship complications?

Leck: Nope, never. Even though some of the things we publish can be bit too jarring for certain people, we’ve never gotten any shit. We’ve published a collection of LGBTQ essays, I Will Survive, which just had its second print run of another 2,000 copies. Part of that is because we don’t take grants. I know I’ll never be able to fit the conditions of the grant, so why should I even bother?…

Lim: What makes a book sell?

Leck: I don’t want to say that I’m very good at it because it’s been hits or misses. Our book market just isn’t developed enough. We’re selling a shitload of local books, but we’ve not reached that critical level we’re capable of hitting…Everyone is a potential customer, and I know most people in Singapore either haven’t heard of BooksActually, have yet to visit, or haven’t visited in years because we’re so far away or have moved so much. So even though we’re hitting decent numbers and are sustainable, there’s the potential for greater growth.

Lim: I feel there’s a stigma attached to local literature and many people are more likely to purchase international bestsellers over books by local writers. Do you agree? Leck: Oh, yes. But I think we’re shooting ourselves in the foot because that’s a self-fulfilling prophecy. The reason why BooksActually sells tons of local books is because we’re willing to merchandise them. There’ve been times when sales of a local title have beat Kinokuniya’s collective sales across its four stores, and that’s really the bookseller’s fault. When I was working at Borders, other regional stores used to dump random books that they couldn’t sell with the Singaporean store, but we turned them into bestsellers by displaying them prominently. That’s the power of merchandising. That’s you, as a bookseller, selling.

The reason why local literature sells so well at BooksActually is because we push it. I don’t just shelve it in a corner. If other bookstores were willing to level up and devote an entire wall to, say, Amanda Lee Koe’s Ministry of Moral Panic, they’d sell shitloads…

Lim: What’s next for BooksActually?

Leck: We want to focus on the publishing side of things. We’ve realised that we’re only good at running a bookstore in a single location because we can’t replicate its character, which is what makes it special in the first place. Publishing is a way for us to expand and reach out to more people. Once we secure our own property, we’ll try and channel all of our resources back into publishing.

Lim: Finally, what do you want to be remembered for?