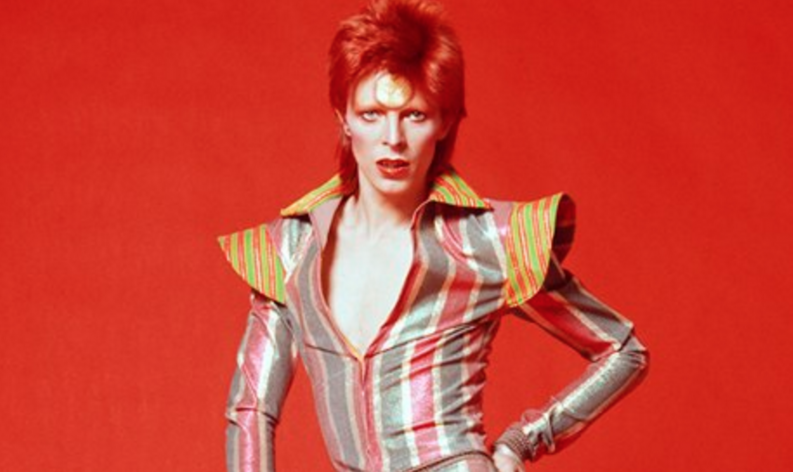 Legacies are built on originality, rather than imitation. Just look at the life and art of David Bowie, who was an innovator to the core.

David Bowie was, if anything, an original and the very definition of “the innovator.” Not only was the one of the most radical performers of his generation — a man who made glam fab — he was also a radical business person. He defied expectations and was able to repeatedly cut a singular figure across a wide variety of musical genres and film. I, for one, will never forget his turn as a vampire in the 1983 British erotic horror film The Hunger… or the hundred times as a teenager I was left feeling vaguely unsettled by an androgynous David Bowie poster hanging on a friend’s bedroom wall.

But all the celebrations of David Bowie’s life that are circulating on the internet — including a list of his 100 favorite books — one thing worth remembering is that Bowie was not just innovative with his art, he was also innovative with his money. It was Bowie we can thank for the creation of the “Bowie Bond” — or “celebrity bond” — which enabled a creator to leverage their future earnings by using existing intellectual property as a form of collateral. Or, if you want to think of it as a worst case scenario, you might think it as a reverse mortgage for intellectual property.

The “Bowie Bond” pioneered in 1997, when investment banker David Pullman helped Bowie raise $55 million. As the Wall Street Journal puts it, “When the singer came to Mr. Pullman’s midtown Manhattan office, the banker suggested a novel piece of financial engineering: Direct the future stream of earnings from his first 25 albums into a segregated financial vehicle, then use it as collateral for a bond—signing away the rights to his music, but only temporarily.” The terms were 7.9% interest for 10 years, and the rights to the songs then went back to Bowie.

What’s more, his timing was uncanny. He raised the cash just as digital downloads and piracy were to gut the record industry. He was also prescient just five years later, he told the New York Times that the erosion of copyright which would likely turn music from an asset into a a commodity. (Later, David Pullman is said to forged a similar deal for the estate of John Steinbeck, though that estate also suffered numerous legal challenges over the years.)

So what can publishers learn from all this? Well, if anything, it’s an important reminder that backlist is still the most important asset a publisher possesses. It’s also a good reminder that backlist is elastic — something that changes shape over time and can be exploited in different ways depending on the changing circumstances of the economy and culture. Digitization, as we know, may have eroded copyright, but it has also opened up myriad new opportunities.

But if I were to identify the most important thing publishers can remember about Bowie’s life and art, it’s this: being an inimitable risk-taking original can pay off and turn into a success.

It’s something to think about the next time you’re faced with deciding between yet another “me-too” title that looks to piggyback on the success of a pre-existing popular book, or something a bit more unorthodox and unexpected.

Legacies are built on originality, not imitation.