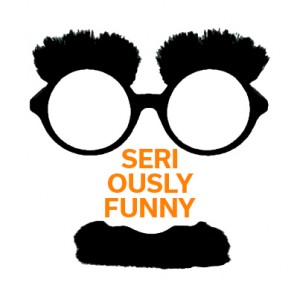 The event line-up for the 7th annual Festival Neue Literatur (FNL) in New York City has been announced, and this year’s theme is “Seriously Funny.” Taking place on February 25-28, 2016, FNL brings together authors from Germany and New York for several days of readings and discussions.

FNL will kick off by presenting the 2016 Friedrich Ulfers Prize to translator Burton Pike for his achievements in championing German-language literature in the United States. Past winners of this prize include Bob Weil, Sara Bershtel and Carol Brown Janeway.

To mark the occasion, Pike wrote the following text on the necessary evolution of literary translation:

Equivalence in Translation by Burton Pike There have been many theories about literary translation, from such writers as Dryden, Goethe, Schopenhauer, Nietzsche, Valéry, Nabokov, and Derrida, to name a few. Literary fashions constantly change, and languages and cultures are constantly changing as well, so that what constitutes a good translation cannot be carved in stone but must change with the times and the circumstances: this is why translations have to be periodically redone. Literary translation is a search not for reproducing the original text word for word, but for finding equivalents between the original language and the language it is being translated into. What makes this difficult is that besides the words, a novel or story also contains unwritten but important information that is an essential part of its meaning. If a friend says something to you, you translate its meaning not only from his words but also from the tone of his voice and his physical attitude. The literary translator must take this “dark matter” into account.

Thanks to the interest in the theory of language in universities in recent years, the present generation of translators has been very well served: they are more sensitive to the many factors that constitute the literary language they are translating from, and more careful about the more-than-language that is involved in expressing what they are translating into English. Publishers have also to some extent relented about insisting that translations be in straightforward current English no matter what the authors of the original works were doing with language as an essential constituent of their literary creations.

Now serious translators are paying closer attention to what their author’s text contains in addition to the words. Taking the broad view, every communication is an act of translation. Octavio Paz said that “no text can be completely original because language itself, in its very essence, is already a translation: first from the nonverbal world and then because each sign and each phrase is a translation of another sign, another phrase.” Every literary text is, more than a collection of words to be translated, a cohesive whole with its own unique sensibility, and it is this that the translator must convey by equivalence in translating it into his own language.