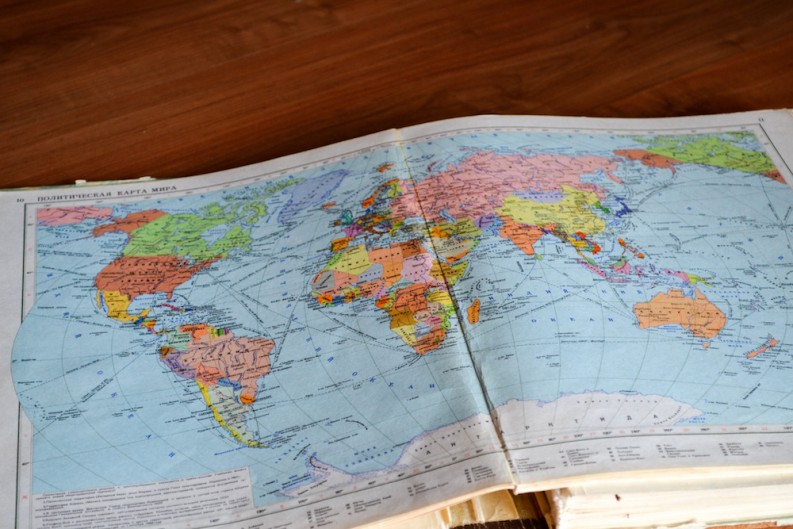 We asked, you answered. These are the top five publishing markets that you want to get to know in 2016. Earlier this month, we sent out a survey asking you which countries and publishing markets you wanted to learn more about, which parts of the world you wanted to focus on in the coming year. The results are in, and your votes confirm that many publishers have their eyes on growth markets, while looking to maintain and strengthen relationships in established markets.

Latin America is the number one region of interest among those who took our survey. United by a common language, Spanish-speaking Latin America offers vast and varying opportunities for the global book business. Improving economic conditions and the rise of mobile access gives publishers more ways to reach their readers and deliver content, whether that means ebooks or marketing messages. This is particularly important in a region in which physical distribution between countries poses a challenge.

More recently, Latin American publishers are looking to operate more independently of the Spanish groups that once dominated the continent. A number of small and independent publishers have sprung up and enlivened the literary scene, in part because technology has lowered the cost of publishing.

Of course, challenges still face the fragmented continent, but as the book business continues to develop across Latin America, opportunities for international publishers and service providers will continue to grow.

Second on the list is the combined interest in the Middle East region and the United Arab Emirates. Another hot region for publishing growth, the opportunities here are two-fold.

Governments here are prioritizing education and literacy, and they are spending money to make sure their students have access to the best learning materials. Also, in light of current events, there appears to be a growing interest in Europe and across the West in better understanding Islam and politics in the Middle East.

One challenge in the region is censorship, whether imposed by governments or by extremist and militant groups. Iran recently declared extended censorship policies, and the Saudi government continues to protest Salman Rushdie’s works.

However, publishers’ associations in Saudi Arabia and the UAE have stated that they want continued discussions about the “freedom to publish” and that their priority is to support publishers.

Despite cultural divides, international partnerships are starting to address some of the regional challenges—like distribution and piracy—and opportunities—like digital publishing and bookselling. Several organizations, among them the Sharjah Book Fair and the Sheik Hamad Award in Qatar, offer significant translation funding and foster international cooperation.

Read more about the Middle East »

With all the international outreach that the UK Publishers Association does throughout the year—particularly with their focus on copyright, professional training, and the rights trade—as well as the global focus of many publishers and companies there, it’s no wonder that the UK ranks high on this list. The UK market is strong, a promising place to find new business.

One of the leading topics coming out of the UK recently is the growing strength of print book sales and relative stability of the bookselling business. Waterstones removed Kindles from its shelves last year citing low interest in the devices amid improved print sales. Foyles is betting on a hybrid digital/print model for many of its physical stores. Across the country, chains and indie bookstores are reporting a rise in print book sales.

On the digital side of the business, many UK startups and established companies are focused on the future of publishing. Publishers are excited by the opportunities that mobile can bring, and are seeking to better understand that medium.

Authors in the UK are seeking a stronger voice and better pay. Most recently, a number of prominent authors boycotted the Oxford Literary Festival to protest the lack of fees paid to authors who speak at such events. Earlier this month, the Society of Authors with the US Authors Guild led an international coalition in demanding more favorable terms in publishing contracts.

Read more about the UK here »

In an effort to stem the decline of reading and book buying in Japan, booksellers are looking for ways to expand their appeal, both domestically and internationally. Bookstore chain Kinokuniya has physical stores in multiple countries and is using its e-commerce platform AsianBasis as a way to further do business abroad. Kinokuniya has also started purchasing entire print runs of top books directly from publishers to keep copies out of the hands of Amazon.

Recently, Japan’s Ministry of Economy, Trade and Industry operating under the national “Cool Japan” campaign, has put a focus on manga and nonfiction, as opposed to literary fiction. This strategy might just be the right one, given the international success of The Life-Changing Magic of Tidying Up and other similar lifestyle books from Japan. Interestingly, YA and juvenile books are not yet an established book category in Japan. For rights sellers, this could mean that pitching YA titles to Japan could be a challenge.

Perhaps because Spain shares its language with Latin America, because so many Spanish publishers have Latin American offices, or because of the number of publishing startups originating here, Spain appears at number five on our list.

The Spanish Publishers’ Federation (FGEE) asserts that Spain’s book market is “highly competitive” with other European markets like the UK, France and Germany. The FGEE argues that Spain’s publishers are committed to digitizing their businesses and content, and there is a new initiative to fight piracy. Not everyone agrees with this rosy picture.

On the digital front, there are a number of startups that do bear out the FGEE’s view of Spain as digitally focused. 24symbols has made great strides in bringing mobile books to readers around the world. Nubico is working in the ever-evolving ebook subscription business, and Odilo, an ebook and audiobook distributor to libraries is expanding around the world. There’s Tekstum, offering big data analytics to Spanish publishers; and there’s Mylibretta, which offers social media analytics for publishers. And last fall, two Barcelona-based literary agents launched The Spanish Bookstage, an online rights and licensing platform for Spanish-language book titles.