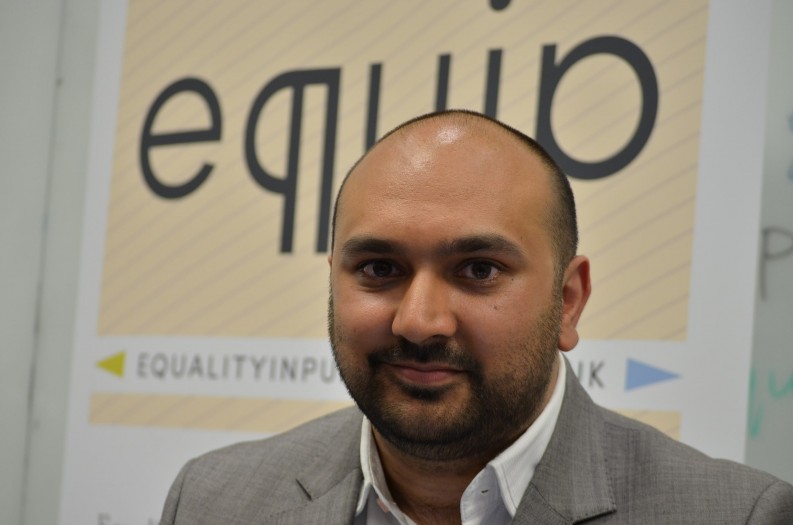 Bobby Nayyar offers a statistical analysis of diversity — or lack thereof — in the catalogs of major UK publishing houses, as well as initiatives to improve.

Two thousand and fifteen ended badly for ethnic diversity in publishing. In November, World Book Night announced its 2016 titles — all 15 of them by white writers. The Bookseller published its power list of 100, which was nearly exclusively white. Then in December, Peter Bazalgette, Chair of Arts Council England, presented his Creative Case for Diversity to an underwhelming response in Birmingham.

The reactionary charge to the first event was led by a collection of writers and bloggers who coined the hashtag #diversedecember. The Guardian soon followed with a whip round of industry comments on how to stop UK publishing being so posh, white and male (they dropped the male part probably when they realized that more women work in publishing than men). The article was the cherry on the cake of a year that reminded me that my place in British society is slowly but surely being hidden.

Writers have been campaigning for greater diversity in the arts for over 40 years. Part of this activity can be pinpointed to Naseem Khan’s “The Art Britain Ignores” (1976), which was the first report in the UK to explore this topic. In 2006, the “In Full Colour” report spearheaded the return of the diversity publishing traineeships. The most recent report, “Writing the Future,” goes even further than “In Full Colour” by detailing how things are worse than they were ten years ago for BAME writers and workers trying to enter the industry. The accumulation of events and articles has left me wondering why we are still looking to the major trade publishing houses to resolve this issue? Especially when 40 years of reports and schemes have resulted in no progress.

Six years of running Limehouse Books has taught me that we must rely on facts and their measurement over time if we are to change anything. I can understand publishers’ annoyance with articles bemoaning a lack of diversity that have no statistical basis. So, to begin 2016 with a bit of hope, I undertook three small pieces of research to give a more detailed perspective on diversity in publishing in the UK.

My first piece of research was to list the gender and ethnicity of the authors in the fiction section of 8 publishers’ catalogues covering January to June 2016 (see below for methodology). Four conglomerate imprints and four independents:

You can view my findings in more detail here. The percentage of BAME authors are: For a baseline, bear in mind that 14% of the UK population is from a BAME background. In regards to gender diversity, the list looks like this: The Legacy of Ethnic Diversity in Publishing Initiatives

I researched ACE’s diversity traineeships, which ran from 2006 to 2009 at publishers as big as Harper Collins and small as Saqi Books. I was one of the fortunate few gaining my break into publishing as a trainee at Faber and Faber. There were 13 of us in total — two of whom couldn’t be reached to confirm if they are still working in the industry. Of the 11 trainees I contacted, only 2 are still working at a trade publishing house. However the trainees who have left publishing have gone on to be successful in the third sector, journalism and marketing — more research is needed to see how the traineeships influenced their career progress.

The ACE programme no longer exists, some of the slack has been caught by Creative Access, who organize paid internships across the arts and media for BAME graduates. The success of this initiative, which voiced funding concerns last year, will depend on tracking employment and retention rates of its interns.

I attended ACE’s Creative Case for Diversity event in Birmingham in early December 2015. It launched a report that detailed the workforce metrics of the larger National Portfolio Organisations and Major Partner Museums it funds. Of the 93 businesses listed, none were from the publishing industry. However, to give a wider perspective the average percentage of BAME employees at these companies was 8%. Arts Council England aims to report on these metrics yearly — a positive step put into perspective by one of the attendees who commented that for the arts to change all businesses need to commit to this level of transparency.

So, Why the Long Face?

For the most part, the data I have reported is positive. Credit should be given to some of the publishers and businesses that are publishing and tracking their workforce data. However, it is the legacy of the publishing traineeships that illustrates the barriers that exist within the industry. Of course this requires further detailed research, but the theory that diversifying the publishing workforce will diversify publishers’ output remains just that.

I’ve tried to write an article that is analytical rather than anecdotal, but statistics alone will not change the industry. People will, and for them it is personal. I spent years trying to get into publishing because I wanted to understand why British Asians like me weren’t getting published. I left mainstream publishing because I found out. The quick and easy answer is that it’s to do with the lack of movement and progression in editorial departments. Like everyone else who wants to work in publishing, I wanted to be an editor, but even when I started out I was told that I wasn’t an “editorial type” — was this euphemistic code to tell me that I wasn’t middle class and white?

Tomorrow, I offer my views as to why UK publishing continues to struggle with diversity.

Bobby Nayyar started at Faber and Faber as a publishing trainee on an ACE diversity scheme, finishing after 11 months to start a job as a marketing executive at Little, Brown Book Group. In 2009 he left to set up his own publishing company, Limehouse Books. In 2011 he also managed Diversity in Publishing for two years, rebranding it as Equality in Publishing. His latest book Glass Scissors is out on 28th January.

The eight publishing houses/imprints were chosen by size and market share. I wanted to include and imprint from Harper Collins, but their latest trade catalogue was not available on their website. The ethnicity and gender of the author was determined firstly by their bio(s) and secondly by their photograph(s). Obviously it was easier to determine gender than ethnicity, so I expect there are some inaccuracies. If so, please contact me and I will amend the spreadsheet. Additional research was taken by a paid assistant and double checked by me. I’d welcome someone to audit the diversity of the books I’ve published.