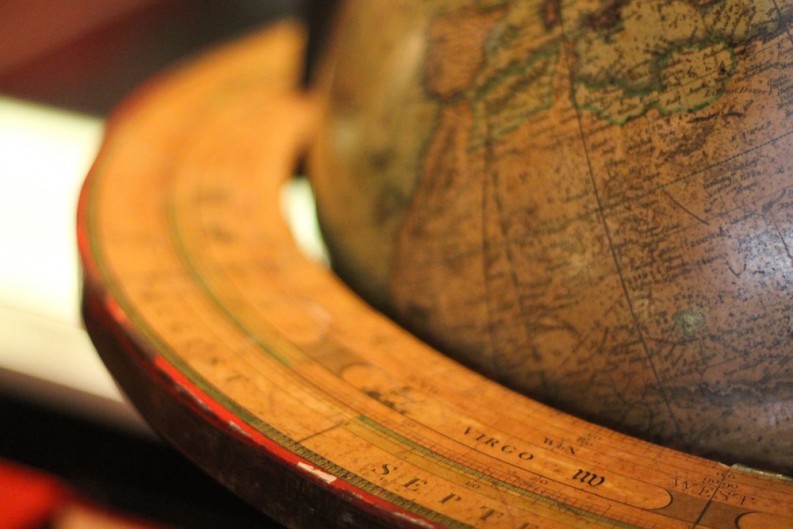 Every book is “an adventure,” says Arabic-to-French translator Stéphanie Dujols, whose attention to tone and authenticity has put her work in high demand. Stéphanie Dujols is one such translator. Based in Alexandria, Egypt, she says, “I’m far away from everything, sort of in my cave.”

Dujols translates an average of one to two novels a year, primarily for Actes Sud’s Sindbad collection run by Farouk Mardam-Bey. Her translations are outstanding: seamless, informed and sensitive. Her interest in Arabic began when she was young. She lived in Tunisia from age nine to fourteen, where she began to learn Arabic “in a not very serious way, moreover it was an era when everyone spoke French very well.”

When she began studying literature at university in Paris, she realized she had been thinking about Arabic all along. She transferred to Langues O, the informal name for the world-renowned institution in Paris that teaches Eastern languages, including Arabic. “It has changed since then, but twenty years ago, the teaching was accomplished, but we were taught Arabic as if it were a dead language, like ancient Greek or Latin; there was ancient literature but very little contemporary literature.”

Dujols continued her Masters at the Sorbonne where she became interested in translation. She began a “very linguistic and stylistic” comparative study of the large number of translations of Rimbaud into Arabic, under the guidance of Jean-Patrick Guillaume, a linguist, grammarian and Arabist who translated, among other authors, Naguib Mahfouz and Emile Habibi.

“Then I was lucky enough to meet Richard Jacquemond,” said Dujols, referring to the renowned translator, who at the time was director of the translation department of the French Cultural Mission in Egypt. In 1994 Dujols applied and was accepted to a literary translation program that Jacquemond was running in Cairo. Dujols has since lived on and off in Egypt, Jordan and Palestine, where she worked as an interpreter for the Red Cross and Médecins du Monde; she is proficient in Egyptian and Palestinian dialects. “Ideally I’d like to learn a great number of dialects — Iraqi, Yemeni, Algerian, Sudanese (of which there are several dialects), in short, I still have a long way to go …” Because she lives in Egypt, she often works with Egyptian authors face to face, with others, via Skype or email. The only author she says she did not contact was the Syrian Moustafa Khalifé, when she was translating his prison novel, La Coquille (The Shell). She didn’t have any trouble with the language — “I worked in prisons in Israel and Palestine and knew prison vocabulary” — but mainly because she didn’t dare, she was so overwhelmed by the story. “His language was fairly simple, there was no dialect involved and the rhythm was powerful and striking. It has a very oral voice, like a pulsation, it’s very theatrical. So it wasn’t difficult linguistically, but psychologically. When the narrator arrives in the prison in Palmyra, it was so rough; I just couldn’t go on, it was like a physical challenge. Strangely enough, the farther into the story I got, the less difficult it became. I never re-read the book once it was published, but I would have liked to hear it recited,” said Dujols, referring to readings of the book that were performed in theaters.

Each book, says Dujols, is “a different adventure. You have to jump in and get your hands dirty.”

She tries not to worry about the difficulty of the language. “When there is something incomprehensible for a person who hasn’t traveled, I usually add a footnote, but most of the time I try to bring the text closer to the reader. When I’ve read Arabic texts in English, I sometimes have the impression that there’s a tendency towards ethnocentrism, to bring the cultural context closer to an American or a British person. I remember reading about the Saint Barbara holiday in Lebanon, and it had been translated as Halloween. For the French reader, I think because of our colonial history, there are images or details such as a certain way of dressing that are not unknowns. My concern is global; it’s finding the right tone that takes the most time, genuinely transposing a voice and working it in a subtle manner. Another element that I am getting more and more obsessed about is making the musicality of the language come through as well as the visual aspect. When I work on a scene, whether in a novel or a short story, there are often details that are cinematographic. If you’re not careful, an inadequate translation can break that, and you can’t visualize anything.” Dujols says she works slowly and that recently a short book, Ibrahim Aslan’s Deux Chambres avec Séjour (Two rooms and a living room) took her at least six months to complete. “He [Aslan] died while I was doing the translation,” said Dujols. “His language is simple but at the same time extremely crafted. I was so attached to the book that I didn’t want to hand it in.”

Books take time, no matter what: “a book needs to rest. One has to come back to it. One needs time and hindsight, in order to digest a text.”

Dujols travels back and forth to Cairo, where she holds another job — she can’t make her living just from translation. Another translation is in the works for Actes Sud’s Sindbad; young Egyptian author Mansoura Ezzedine, whose Le Mont d’Emeraude (On Emerald mountain) is “a surreal tale inspired by the Arabian Nights.”

She hopes to translate more authors from North Africa, and begin translating other forms of writing — theater, children’s books and comics. For Dujols, Arabic is a “rich, multiple language that I’ll never finish learning …”