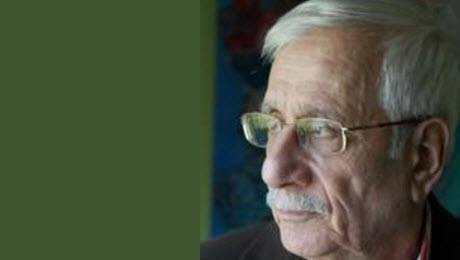 Syrian-born Zakaria Tamer is considered a master of the short story in Arabic, and one of the Arab world’s foremost authors of stories for children.

At arabitlit.org, Alessandro Columbu wrote about his decision to translate Tamer’s short story collection, Taskir Rubab, from Arabic into Sardinian. It recently was published by Condaghes, an independent publishing house based in Casteddu/Cagliari.

Some highlights from Columbu’s piece:

On October 2, Segamentu de Ancas, the Sardinian translation of Zakaria Tamer’s Taksir Rukab (Riyad el-Rayyes Books, Beirut, 2002) appeared in Sardinia’s bookshops. It was brought out by an independent publishing house based in Casteddu, Condaghes, which has pioneered the publication of novels, short stories, and poetry in Sardinian. These include works written in Sardinian as well as a number of translations of major masterpieces of European literature such as Joyce’s Dubliners and Cervantes’ Don Quixote de la Mancha. October 2 was a historic day for this house and indeed for the Sardinian language, as Segamentu de Ancas is the first Arabic book to have been translated into Sardinian…

Many, especially back home and in Italy, have asked me why I translated the sixty-three stories of Tamer’s Taksir Rukab into Sardinian. I could’ve done the same into Italian, the only language that enjoys official status in Sardinia, and perhaps hoped to see it published by a major Italian house…

The reasons why I decided to do this are numerous. In 2011, upon my return from Syria with a bag full of books by Tamer and others, I began translating some of the stories for fun, to keep up my Arabic, and to “test” my mother tongue and its potential. Can Arabic be translated into an uncodified language like ours? Can the Syrian, Arab, and Islamic cultural universe be transposed convincingly into a language that its native speakers usually perceive as somehow crippled, lacking the necessary characteristics to speak modernity?

The question is not a simple or rhetorical one. Translation is an incredibly difficult, sometimes thankless task to carry out with the help of a dictionary, let alone without one. The answer, obviously, is yes…

In addition, one of the major drivers that encouraged me to embark in this ambitious enterprise was, paradoxically, the lukewarm reception that my idea received in its very early stages from Sardinian Arabists: “You should do it in Italian,” said a professor of Arabic, and a native speaker of Sardinian, whose advice and guidance I sought. “It will be easier and the language will be clearer.” This outlook has always felt so ludicrous to me…

Sardinian, like most ‘minority’ and endangered languages, is employed nowadays almost exclusively in familial and informal contexts. This in turn has brought about a ghettoization of our language and its exclusion from the realms of thought, knowledge, and culture. In the current Sardinian zeitgeist, our language represents a hindrance rather than a tool to open ourselves to our neighbors in the Mediterranean and to the entire planet.

A motivation for this arduous initiative, then, was a desire to lay the foundations of an imaginary bridge between Syria and Sardinia, the Arabic and the Sardinian languages. Ever since my year in Syria in 2010, I’d wanted to bring Tamer’s stories home and to show Syria from a different and unusual angle, from the point of view of an original short-story writer whose episodes offer suggestive insights into the human condition employing unmistakably Syrian characters as the pretext to express a progressive political stance. I hope this publication will bring about greater enthusiasm for the Sardinian linguistic heritage, as well as for Syria as a door to access the broader Arab-Islamic world and translate it with all its complexities and nuances. I think that literature can be a great way to travel with the mind, to explore Syria through a genuine narrative devoid of stereotypes. This goes for many other Syrian writers too, not only Zakaria Tamer.

If you’re in London on the 8th of February, Zakaria Tamer is to speak at Free Word Centre on his collection, Breaking Knees, there’s information here.