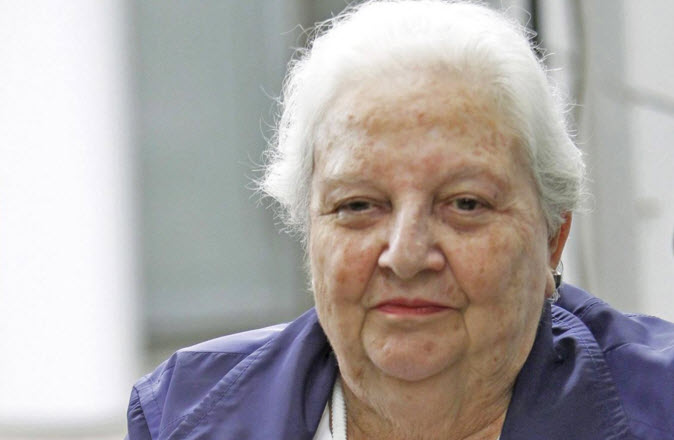 In its short obituary for Carmen Balcells, who died at age 85 in September, the Associated Press noted that her formidable reputation as a literary agent was not just for her representation of some of Spanish literature’s greatest and most celebrated voices  but also for her business capability: “Her clients included intellectuals and popular writers,” the report reminds us, “and huge sales by the authors made her a powerful figure in Spanish literary circles.” A special memorial service for Balcells held in Barcelona this month gave Istanbul-based agent Nazlı Gürkaş an opportunity to think about her own work in the glow of this major figure in the business, a chance, as she tells us here, “to feel closer to the literary world’s history.” —Porter Anderson On September 21 last year, the big name behind some of the most important authors of the world, Carmen Balcells, died in her lovely city Barcelona. She had six authors in her catalog who won The Nobel Prize in Literature: Gabriel García Márquez, Mario Vargas Llosa, J.M. Coetzee, Pablo Neruda, Vicente Aleixandre and Miguel Ángel Asturias.

During the program, a video showed us Vargas Llosa meeting with Carmen Balcells. While Balcells was eating her dessert, Vargas Llosa was telling the story of how she got started as a literary agent.

In 1960, Carlos Barral, the literary director of the publishing house Seix Barral, made an interesting offer to Balcells. He wanted her to take care of the contracts of his authors because he found it unpleasant dealing with such details with his writers.

Balcells found the proposal interesting and started her work as a literary agent for Seix Barral. Soon, Balcells realized that authors were making very little money and she felt, Vargas Llosa related, that a literary agent’s real job is to defend the rights of authors in their arrangements with publishers. She went to Barral and explained her thoughts and her decision to set up her own agency. And so it was that Agencia Literaria Carmen Balcells began its work as an independent firm.

‘Closer to the Literary World’s History’

As  a young literary agent, I found it an emotional experience to hear Balcell’s story. She is considered one of the most prominent figures in Latin American and Spanish literature, particularly in in outreach to the rest of the literary world. No wonder hers is an inspiring story for young agents: it’s important to know the history of our occupation. From the moment I received the invitation to the memorial, I felt that being there would be a chance to feel closer to the literary world’s history.

What we strive to do in the Turkish literary market is not unlike the course charted by Balcells. Before our Kalem Agency was established, only 400 Turkish books had been translated into other languages during the history of the republic. Now, we can count more than 1,600 contracts that involve translation rights for Turkish authors. Kalem Agency has sold Turkish writers’ rights into 46 languages including Icelandic, Bengali, and Mongolian.

Visiting Carmen Balcells’ office and meeting with her great team made me think that what we all try to do for our own country’s languages is something more precious than we may remember in our daily lives. Our Barcelona visit made me remember the special place of literary agents and I went back to my desk to deal with tons of emails with new motivation.

Unfortunately, on the day of the memorial in Barcelona, a terrorist attack shook Sultanahmet Square in Istanbul, our home. Fifteen 15 people were injured. Reports were that 10 German tourists died in the attack.

As Turkish people, we somehow may have become accustomed to such tragic events. But it was still shocking to get this horrible news on the morning of January 12, the date of the Balcells memorial.

On the other hand, in Istanbul, Kalem Agency was receiving emails of support in the wake of the Sultanahmet Square attack, along with cheers for the article in Publishing Perspectives about Mehmet Demirtas, director of one of wider Europe’s growing literary events, the Istanbul Tanpinar Literature Festival.

The milestones in literature marked by the career of Balcells reminds us of the power of literature to connect beauty in the world, even as bombs may disrupt our routines: that power can’t be so easily exploded, and we won’t foget Balcells and what she stands for. Image from the Carmen Balcells memorial provided by Nazlı Gürkaş