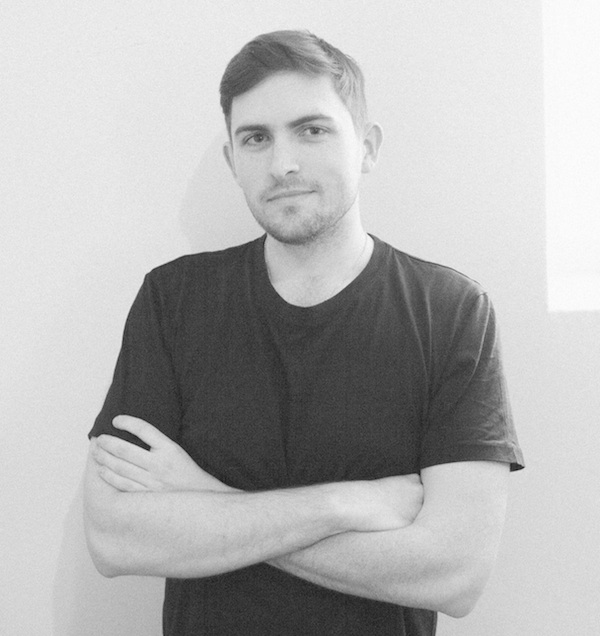 He recently appeared at a Publishing & Art talk, organized by David Krut Projects at the AVA Gallery in Cape Town, to talk about his projects, uHlanga and Prufrock.

The following text is a draft of the speech he delivered at the event, mostly focusing on Prufrock — a literary magazine — and how small presses and literary magazines can offer a way for young and new writers to get into publishing. Tomorrow, he discusses his small, poetry press, uHlanga.

Good evening, and thank you for coming out to the second edition of David Krut Project’s fabulous art and publishing talks. My name is Nick Mulgrew, and I am a writer, editor and publisher, and officially the most American-sounding person from Durban ever.

I am involved with way too many projects. That’s the life of a freelancer: people think you do so many things out of choice and ambition; really, it’s about having your hand picking from as many pots possible to get a meal at the end of the day.

The first thing that people ask me on finding out I work in publishing is usually: how can I get into publishing? Or, even more commonly, how can I get published? And it’s a question I like people to ask. One day I might get tired of it, but right now I am still the age and demographic of a young writer who has had to ask that question a hundred times, so I think it’s more than fair.

Getting published in newspapers and magazines is one thing. Difficult as it is as a new writer, if you’re good enough with good enough ideas, you can usually find an editor with an ear for the things you’re interested in. If you want to write for newspapers or local magazines, be shameless. Email editors. Pitch outrageous and fun stories. Find the perfect balance between confidence in yourself and respect for your colleagues. Getting into journalism is a bit like playing center back in a game of football. You need to know when to back off, and you need to know when to go in for the tackle. It just needs practice and time.

Getting involved with what people like to call “serious literature” is, however, a much more opaque matter. Even the most talented people in the world work persistently at it and get nowhere in our literary industry.

In order to understand the context of this talk, I need to set one thing absolutely straight, right at the beginning.

Although South Africa has artists, publishers and writers of the utmost order — the absolute best quality, the absolute best imaginations, the best business acumen — our publishing industry is profoundly underperforming.

There are a lot of reasons for this: the price of books and the fact that books are out of reach of most people, low readership in accessible markets, the consumer ceiling, an inability for publishers to attract and engage with new readers, an unrequited love and misguided infatuation with new technologies that too few people are adopting, a lack of co-operation between government and publishers and retailers, and so on and so on.

It’s always been this way, mostly, although it is no exaggeration to say that publishing was quite healthy in African languages at the end of the 19th century, far more so than it is now. Publishing certainly seemed more robust during apartheid, but even then most publishing houses were propped up by the sales of textbooks into the striated and racist education system. And at least then a lot of writers had a common, easily identifiable enemy, and the rest of the world wanted to hear more about the South African condition. Let me give you an example. I recently came across a copy of an old magazine called Bolt, published by the Department of English at the then-University of Natal in 1973. In it, Oswald Mtshali, one of the most lauded poets of the Struggle, wrote about selling 11,000 copies of his small-press book of poetry, Sounds of a Cowhide Drum, locally, in a year. (It ended up selling way more than that.) That was uncommon then for a book of poetry. Now, as much as I would like one of my books of poetry to do that, it is unthinkable.

The long and short of it, though, and what matters to young and new writers, is that it is seriously difficult to become a literary writer of any sort or to make any sort of money from it – unless, of course, you are already keyed in to the same power and privilege structures that propagate in the industry now. Or if you wrote Spud. The opacity of the situation is also why we have events like this one, and why they are so popular!

To my mind, there are three main problems in South African literature, both under apartheid and now, which predicate our current problems of low readership and low engagement: Are these current publishers’ faults? Not for inheriting them, but definitely for helping perpetuate them. Most publishers I’ve met in SA are good people, with progressive ideas, who simply have to work in the epistemologic and economic constraints they’re presented with. Some of my best friends work in this kind of publishing. The problems that they work in and the constraints we live with, are a function of decades of people doing things in a not really great way.

I believe these things will change — and are certainly changing modestly — but what are more impatient people to do in the meantime?

When I came out of university for the first time in 2011, I was kind of worried about what I would do. I wanted to write, but I didn’t know how to go about it. Being half-British and thus perpetually optimistic and naïve, I thought I would try to get into literary magazines or cultural magazines, in order to train, alongside my day job in publishing. I was struck, however, that there were very few good literary magazines being published locally, and none that were essentially populist and delightful and a pleasure to read. I mean, I liked them, but I didn’t expect anyone else to read them.

I had just independently released a CD with my band, and managed to break even with that by selling them at shows and through the internet. Although I’m not a musician anymore, I’m learning more that publishing needs to learn more from the music industry in this country. I had an idea to start a print magazine, but had no real idea about how to go about that.

Why print? Well, my opinion is that print is still a format that is taken more seriously than others. The very act of producing and printing a book taps into a primal, prejudiced part of us that prefers to hold and behold something that is a physically interactive object. Print implies emotional and professional investment. It requires financial investment. Print implies quality. We’re beginning to overcome this prejudice with things like news media, but with most books we are more likely to take the physical form or implied physical form of a text than a digital version.

Also, beautifully created books and magazines that give thought to their production and the experience of reading are becoming rarer. And I wanted that. I wanted a magazine that would exist in space, and give an aesthetic experience as well as a literary one.

At the same time, however, my fellow graduates from the University of Cape Town, Helen Sullivan and James King, were thinking the same thing. By chance we heard about each other’s plans, and, along with Anneke Rautenbach, we formed the founding editorial board of Prufrock, which we envisioned to be a magazine of fine writing, publishing short fiction, long non-fiction and poetry in all South African languages. A hipster quarterly New Yorker for youngish South Africans. Something in between a beautiful book and a swift, delightful read.

We launched the first issue of Prufrock in May 2013 at that year’s Franschhoek Literary Festival. And, as they say, the crowd went mild.

On a side note, you wouldn’t believe how many people would say, “Oh this is fantastic this is exactly what we need” and yet would never buy a copy of the damn thing. But still, it sold enough for us to continue doing it two and a half years later, and there seems to be a thirst for it. Writers – and especially new writers – needed new places to publish. And readers needed something different to read. As such, Prufrock is a training ground, not just for writers, but for me and my colleagues as publishers and editors. Now I see Prufrock, not as a way for us to overhaul and revolutionise SA literature, but to act as a think-tank; a laboratory in which we can find the parts of our knowledge that are lacking, and to grow, improve, exchange ideas, find opportunities to break through and to bring people through with us when we do.

I think Prufrock is a lovely thing, despite all the heartburn it gives us doing it for no or less money, and even if it only harnesses only a small percentage of the energy, enthusiasm and unbridled artistic talent available to us. We publish only the freshest, most exciting, most experimental – or sometimes the most downright odd – writing we can find, and even then we have trouble culling.

We have been successful in discovering a lot of great new writing from places and people that would never have been given the time of day. Mvelo Dlamini, published in issue 3, was a 15-year-old schoolkid from Soweto when we published his sprawling and brilliant short story “Meet the Buffoons”. Our most published poet, Nombeko Eugenia Keke, is a 63-year-old schoolteacher from near Kokstad, who wrote her poems in Xhosa all her life, but stored them in a kist and forbade people to read them, until my current co-associate editor, Oscar Masinyana, convinced her to share them with us. Apparently now she keeps our magazines very secure in her kist, and only lets people read them under supervision.

If you subscribe and read Prufrock you’ll come across names that will dominate SA literature in years to come, but writers you’d never come across anywhere else.

The most lovely thing about publishing new and young writers is giving them a sense of confidence, by investing time and resources into them. That is sometimes more encouraging than strangers reading your work and giving you a thumbs up, although that’s nice too. Knowing that you are being invested in by people who have much better things to do than patronise you is usually the thing – and I know this from experience – that drives you on to more ambitious projects.

That’s not to say that publishing a magazine is all fun. For instance, we have some cash problems, for all the aforementioned reasons. The literary supply chain in South Africa is tensely constructed, and, although independent stockists love the magazine, big chains are sceptical of literary magazines. Which, to my mind, is self-defeating: literary magazines are gateway drugs to good reading and to books. The apathy with which the mainstream literary retail industry views us is a bit baffling.

To which I say, “I’ll see you when the wheel turns.” Because turn it will.