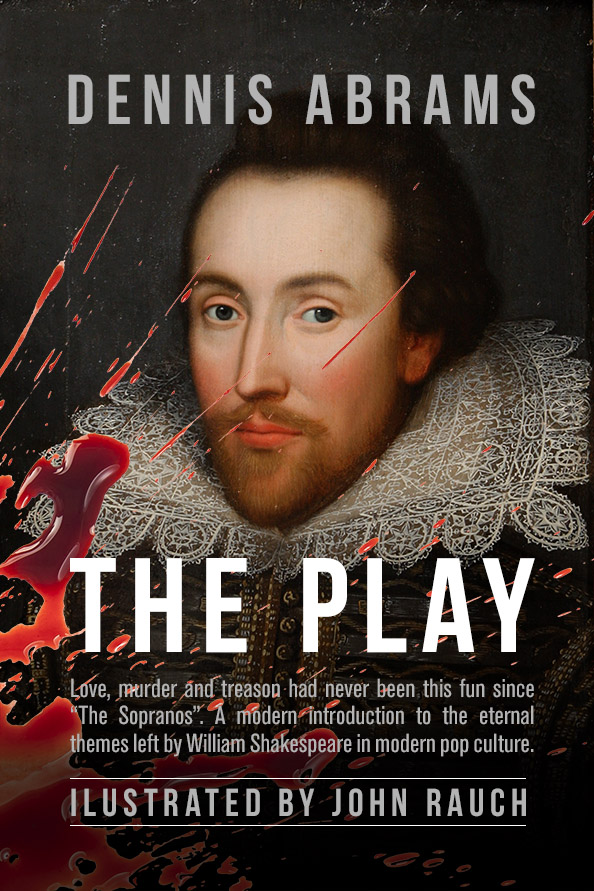 This is a big year for Shakespeare — a worldwide celebration, honoring the Bard on the 400th anniversary of his death, April 23, 1616.

For those who love his work, it might be a time to reread one’s favorite plays: in my case, King Lear, Antony and Cleopatra, Midsummer Night’s Dream, Hamlet, Henry IV Parts One and Two, and Measure for Measure. But for those who have yet to read him, or who haven’t read him since they were forced to read Julius Caesar in high school, now’s the time.

I know, as the most classic of “classic” writers, he can seem unapproachable — difficult to read and written in a language that, despite technically being English, seems badly in need of translation.

I understand. I once felt the same way myself.

So my confession: Despite my current obsession with all things Shakespeare, despite having written The Play’s The Thing — a complete guide for young adults (and grown-ups) to all his plays — I didn’t grow up loving Shakespeare.

Not in the least.

I remember my dad having an old one-volume edition, engraved Complete Works of Shakespeare. I tried reading it when I was in my early teens, but could make little sense of it. The language was hard to decipher, and there were ideas being tossed around that I wasn’t able to catch. It was intimidating and more than a little scary.

But even so, I knew that it was something I should read, that I had to read to understand the very essence of human nature.

So finally, after growing up reading Kurt Vonnegut and Tom Robbins and Graham Greene and Joan Didion and a host of others, I decided the time had come to sit down and read the plays. All of them.

But to do so, I knew I would need help. A guidebook of sorts.

Face it: you wouldn’t go off on vacation to a foreign country without doing some research first, right? Learn about what there is to see, the points of interest, how to get from point A to point B — the lay of the land, as it were.

So that’s what I did. As I read the plays, I also read the great critics. The highly opinionated Falstaff-worshiping Harold Bloom, whose love for all things Shakespeare is totally contagious. Jan Kott, who showed me how very political and dark and modern Shakespeare’s history plays and tragedies really are. My beloved A.C. Bradley. And a host of others. And that’s when it finally all came together.

And I loved it.

But that’s ok. The other thing I learned is that to read Shakespeare you don’t have to understand everything.

Because even when I didn’t quite know what was going on, or when there were words or phrases I didn’t quite understand (and let’s be honest here – there are words, lines, phrases, and even whole speeches, that even the most scholarly of scholars don’t quite grasp), it didn’t matter. Because I understood it as a whole.

And once I stopped being intimidated and learned how to read him — it was glorious.

There’s the language, of course. You can’t ignore that. In the plays, as a writer of prose and verse, as someone able to give voice to kings and queens, tavern dwellers, common soldiers and fools, Shakespeare is, I’d argue, unsurpassable. As an author who wrote some of the greatest comedies AND tragedies AND histories ever written he’s hard to beat.

There’s also this. He also seems to know more about us than we do ourselves; he knows about love (falling in love, jealousy, falling out of love), and war and power and history and everything there is to do with being human. (Harold Bloom insists that he is actually the author of us, as humans, but that’s another discussion altogether.) We’re always in the process of catching up to what he knows that we don’t; and he’s always there in the distance, beckoning us on.

Harold Bloom once wrote, “I am naive enough to read incessantly because I cannot, on my own, get to know enough people profoundly enough.”

And that, to a large extent, is why I’m obsessed with Shakespeare, because the people he created are of such inexhaustible interest.

Shakespeare’s characters, both knowable and at the same time unknowable — again, like the people one knows in “real life” — become deeper and more interesting and complex every time you encounter them: they’re always surprising us. As Hegel wrote, they are in fact “free artists of themselves” — they have a vitality and depth and abundance of life that seems to transcend the page itself. They seem to have a freedom to create and become themselves and to surprise us in ways that no other literary creations have.

For me, that’s where the deepest part of my love for Shakespeare lies. When I re-read these plays it is to yet again revel in Rosalind’s wit and Falstaff’s genius, to watch Juliet become a woman before my eyes, to try to get to the essence of Hamlet’s mystery, or simply to gaze in awe at the wonder that is Shakespeare’s Cleopatra – a creation that has become the world’s Cleopatra.

In his Preface to Shakespeare, Samuel Johnson wrote:

“…his drama is the mirror of life, that he who has mazed his imagination in following the phantoms which other writers raise up before him may here by cured of his delirious ecstasies by reading human sentiments in human language…”

Reading human sentiments in human language; glorious words spoken by characters who show us what it means and exactly how to be human.

That’s why I love Shakespeare.

And why you should as well.