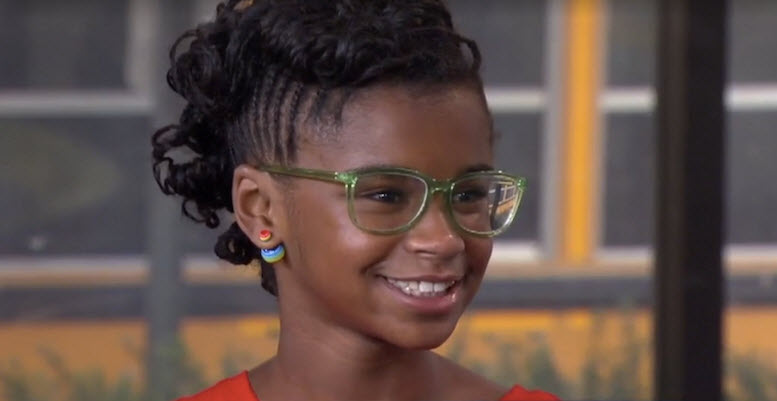 Among publishing’s conversations today, the industry’s longstanding lack of diversity, both in its workforce and in its output, is urgent. Part of this context, of course, involves widening the consumer base for books from the business standpoint. As it happens, that’s nicely in line with efforts to simply do the right thing in a culture long overdue in coming to grips with its own complexity. And with many publishing houses now tasking their human resources teams to help introduce more workplace diversity, it’s possible that a future publishing employee may have been spotted in Philly. —Porter Anderson

At Jezebel, Madeleine Davies tells the story of the #1000BlackGirlBooks project’s Marley Dias, a New Jersey resident who has spent the majority of her eleven years giving back to others. “She’s received a grant from Disney,” Davies says, “traveled to Ghana to help feed orphans, and now—in her latest act of altruism—she’s rounding up children’s books that feature black female leads so that she and her peers have more fictional characters to look up to.”

Called #1000BlackGirlBooks, the project started when Dias complained to her mother that too many of the books she was reading in school featured white male protagonists.

In an interview with the Philly Voice, Dias said, “I told her I was sick of reading about white boys and dogs,” Dias said, pointing specifically to Where the Red Fern Grows (Wilson Rawls, Yearling) and the Shiloh series (Phyllis Reynolds Naylor, Atheneum). “‘What are you going to do about it?’ [my mom] asked. And I told her I was going to start a book drive, and a specific book drive, where black girls are the main characters in the book and not background characters or minor characters.”

Dias is hoping to collect at least 1,000 books featuring black female protagonists by February 1st. At this writing, she is close to halfway to reaching her goal.

The project is part of an annual social action effort, the Philadelphia-founded GrassROOTS Community Foundation Super Camp for young girls, created to help empower and improve the health of underserved girls middle-school age and younger. Dias’ mother Janice co-founded the organization seven years ago with lead MC of The Roots, Tariq Trotter, aka Black Thought.

The Jamaican-born Janice told the Philly Voice that watching her daughter grow up with such a passion for giving back “a surreal experience,” and said that the project “has been eye-opening” even for her.

“I didn’t need identification,” Janice Dias said, “or I didn’t desire it because I grew up in an all-black country. [Marley is] not growing up in an all-black country; she’s growing up in a fairly white suburb, in a country that only has 12.6 percent of blacks. For her, identification is a bigger deal…For young black girls in the U.S., context is really important for them—to see themselves and have stories that reflect experiences that are closer to what they have or their friends have.”

Dias, who says she hopes one day to edit her own magazine, plans to catalog the donated books and take them to a children’s book drive in Jamaica. She and her mom are also hoping to start a small library in Philadelphia.

“I’m hoping to show that other girls can do this as well,” Marley Dias told Jezebel. “I used the resources I was given, and I want people to pass that down and use the things they’re given to create more social action projects—and do it just for fun, and not make it feel like a chore.”

To learn more or to make a donation, click here.