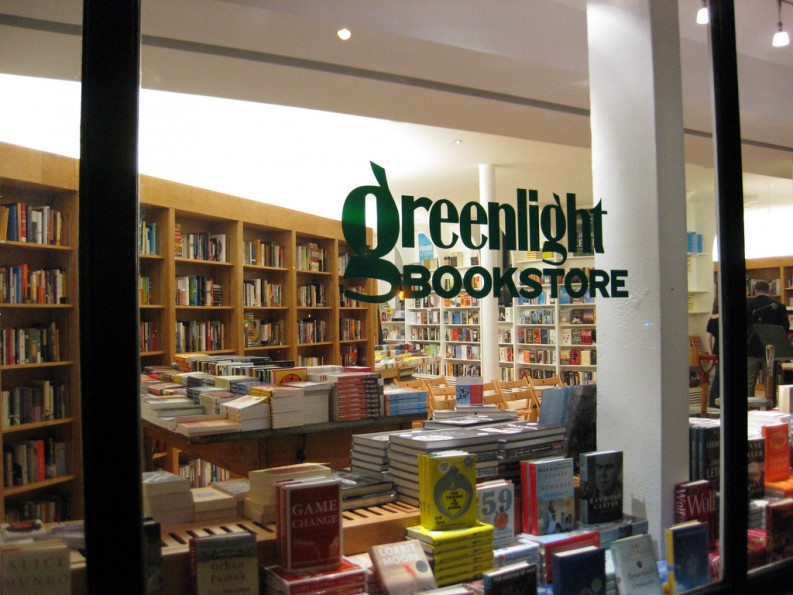 Though the media described the rise of ebooks as a death knell for independent bookstores, in reality, the lower cost of technology on all ends has enhanced the efficiency and reach of stores. Five years ago, timed to the American Booksellers Association’s (ABA) annual Winter Institute, The New York Times published a story entitled “Small Bookstores Struggle for Niche in Shifting Times.” The state of the industry as a whole was in jeopardy — Borders superstore chain was faltering, ebooks were on a meteoric rise, and Amazon was gaining market share in a dramatic way — and independent booksellers were on the front lines.  The article spoke to a recurring fear in the world of independent bookselling—that stores would be forced to close.

Today, on the eve of this year’s ABA Winter Institute in Denver, independent bookstores seem to be on safe ground. According to ABA newsletter Bookselling this Week, U.S. book sales across all channels for November were up 7.5% over last year, with the year-to-date sales up 1.7% over 2014 (December sales figures have not yet been reported).  For independent bookstores that are members of ABA, sales are up 10% over 2014.  Furthermore, as of a report in February 2015, the number of ABA member independent bookstores  increased 27% since 2009.

Oren Teicher, CEO of the American Booksellers Association, wasn’t surprised that the stories about independent bookstores declining or “dying” were overstated. “We are still here because stores play a real role in their community, and tens of times a day they are putting the right book into someone’s hand.”

Independent stores have always been lauded for being a part of their community, providing a personal touch, for knowing their customers, for being able to provide that much-needed curation and discovery. Lexi Beach opened her store, Astoria Bookshop in Queens, in 2013. As a former event coordinator in the Simon & Schuster sales department, she has watched the change in independent bookstores from both sides of the fence.

“Ultimately I don’t think indie bookstores have changed their core business very much. Handselling great books, offering excellent customer service, tailoring inventory and events programming to your customers’ interests — stores have been doing this for decades,” said Beach. “It is easier to be a small store now. It was easier for me to establish credit with accounts than it was for those who came before me. It’s easier now to keep your inventory tight and know that you can restock quickly as needed. It’s easier to have a website where customers can place orders and learn about events, without requiring a programmer on staff.”

While the rise of technology seemed like it would change the bookselling business dramatically and perhaps for the worse, it actually provided opportunities for independent bookstores that didn’t exist previously and evened the playing ground. “As the cost of technology comes down, small businesses can access the same technology as big corporations,” Teicher noted. Not only for promotion via websites, social media, and email blasts, but also the technology used to operate businesses, such as POS systems, inventory, accounting, and web design. “We are able to run a more efficient business at a cost we can afford.”

And, when it comes to enhancing their place in the community, social media only expands on that relationship. Vicki DeArmon, Marketing and Events Director for Copperfield’s Books in the San Francisco Bay Area, noted that bookstores and social media are a perfect promotion match. “Bookstores are a community-based edifice, so is social media,” said DeArmon. “We are constantly stoking the conversation with our customers in-store and online.”

Because these independent bookstores are often reflective of the communities in which they are based, they can tailor their messages in a way that a superstore or online retailer cannot and, perhaps, even interact with customers that they see regularly.

“Since much of social media success (though not all of it obviously) is about voice and authenticity, independent bookstores offer a lot that’s of interest: conversations about books, news about our community, perspectives from real people/booksellers, behind-the-scenes look at our store,” said Jessica Stockton Bagnulo, Co-Owner and Events Director for Greenlight Bookstore in Brooklyn.

In order for bookstores to be the most authentic, DeArmon noted that they must be “on the medium” and part of the conversation all the time. While that might be difficult for some stores that have a small staff, it can provide many opportunities for not only additional sales, but also attracting new customers and even better knowing existing clients and how they want to hear about new books.

“Some channels seem to work more effectively than others,” said Beach. “I’ve seen books sell almost instantly after we post them on Instagram, and I’ve seen Facebook posts languish, shown to only 2% of our followers. I want to be where our customers are, and I want to keep us front of mind as much as possible.”

But, even if a bookstore wants to try some paid social promotion, the entry point isn’t tens of thousands of dollars the way some print and radio advertising has been in the past. DeArmon is on a panel during Winter Institute entitled “When Social Media Isn’t Organic: Pay to Play on Facebook.” She noted that a “boosted” post on Facebook can cost as little as $5 and can be the difference between 50 people seeing the post for an event and 800 people. And, those 800 people can be targeted to a particular topic, location, age, so that the message is reaching the appropriate audience.

For events, there are now ways of tracking data that weren’t available ten years ago. DeArmon uses Eventbrite to track interest in upcoming events and, if one appears to not be getting as much traction, she can immediately post an ad on Facebook in order to promote it to the target audience.

Not to be forgotten are the physical relationships with their neighbors. Both Bagnulo and Beach cited their partnerships with local organizations for events and bookselling — Greenlight sells books at events at the Brooklyn Academy of Music and Astoria Bookshop has a pop-up store at a local performing arts venue QED — which includes cross-promotion through their social media channels and other relationship-building activities.

That is true for the online relationship between bookstores and publishers.  As publishers, authors, and bookstores expand on their social media platforms, they are able cross-promote upcoming author tours and book releases that will help create a “synergistic boom,” as DeArmon described it, which will benefit all parties.

While not all stores have weathered the digital storm, the ones that have are finding creative and interesting ways to be a part of their customers’ lives and share that information with their colleagues around the country. This year’s Winter Institute has a record number of booksellers attending, which Teicher notes is “further proof that independent booksellers are doing whatever they can to reinvent themselves.”

To follow along with the discussion on social media, use the hashtag #Wi11.