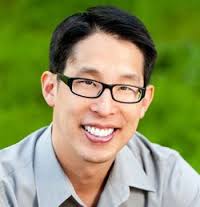 Author Gene Luen Yang has been named National Ambassador for Young People’s Literature. He will travel the country to promote reading to kids. The Children’s Book Council (CBC), Every Child a Reader (ECAR), and the Center for the Book in the Library of Congress (CFB) have announced that Gene Luen Yang, Printz Award winner and two-time National Book Award finalist, has been named National Ambassador for Young People’s Literature. He is the first ever graphic novelist to be named to the position.

The program was established by the three organizations in 2008 to highlight the importance of young people’s literature as it relates to lifelong literacy, education, and the development and betterment of the lives of young people. Yang, perhaps best known for his twinned novels Boxers and Saints along with American Born Chinese will travel nationwide over the course of his two-year term promoting his platform, “Reading Without Walls,” showing kids and teens that reading is a vital part of their lives, and speaking to parents, teachers , librarians—everyone invested in young people’s literacy—about how better to connect with kids and teens and help them love reading.

In a statement, Yang said: “I’m thrilled and humbled to be appointed National Ambassador for Young People’s Literature. Reading breaks down the walls that divide us. By reading, we get to know people outside of our own communities. We gain knowledge others don’t expect us to have. We discover new and surprising passions. Reading is critical to our growth, both as individuals and as a society. The Children’s Book Council, Every Child a Reader, and Library of Congress all empower people by getting them to read. I’m honored to take up that mission myself and to carry on the amazing work of the ambassadors before me.”

Others praised his selection:

“What an inspired choice the selection committee has made in Gene. He is a brilliant storyteller who makes meaningful and profound connections with readers of all ages. And he has been a de facto ambassador for reading, inclusion, and graphic novels for years. I can’t think of anyone better than Gene to break down the walls stopping people from becoming lifelong lovers of reading,” said Jon Yaged, President & Publisher of Macmillan Children’s Publishing Group.

Jon Colman, Executive Director of the CBC added, “We couldn’t be more pleased with the selection of Gene Luen Yang as the next ambassador. He embodies everything that we look for in this position and we can’t think of a more fitting person to be representing young people’s literature over the next two years.”

“We are thrilled that Gene Luen Yang has agreed to be the new National Ambassador for Young People’s Literature,” said John Y. Cole, director of the Center for the Book, which administers the ambassador program with the Children’s Book Council. “Gene’s message of inclusion and acceptance of all people is especially relevant today. The Library of Congress looks forward to the next two years of Gene’s promotion of reading and literacy among young people.”

In an interview with The New York Times, Yang, who often uses his own life as the basis of his work, spoke about bridging the worlds of comic books and “books”:

“When I was coming up in the ‘90s, the comic book industry and the book industry were largely separate – they had their own awards, distribution systems and stores,” but now, “these worlds are really converging in interesting ways.”

He added, speaking about his role as writer and now ambassador:

“A huge part of being a kid is exploring the world,” he said. “Books are a bridge between them and what might be unfamiliar.”

Read our 2013 interview with Yang here.