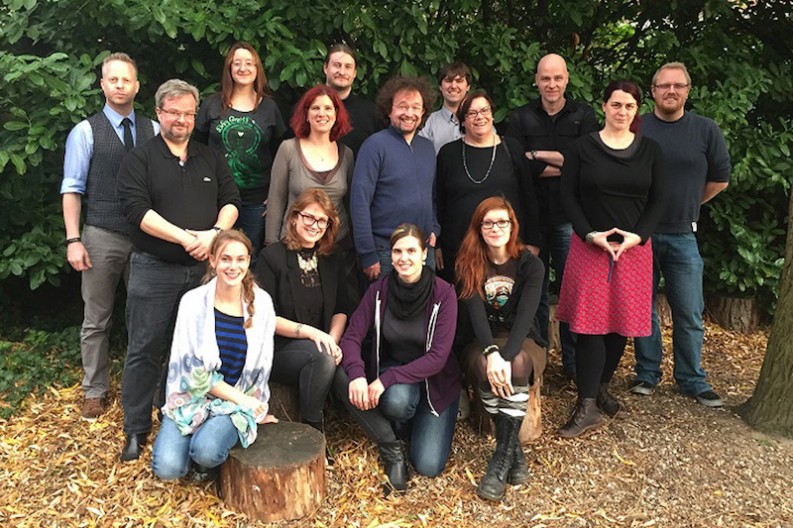 PAN is a newly founded network for German fantasy authors, aiming to unite its members and to give them a voice within the German literary community. PAN follows closely in the tradition of Syndikat and Delia, two major German author networks for crime and romance novel writers. Writers’ organizations and communities have a long tradition in Germany: Syndikat, a group of 750 crime authors, celebrates its 30th anniversary this year. Delia, an association for romance authors, was founded in 2003 and is home to nearly 200 romantic novelists. So it’s only logical for fantasy authors to form a network of their own: PAN, the Phantastik-Autoren-Netzwerk e.V (Fantasy Author Network), was founded in November 2015 and became a registered association in January 2016. The founding members include 13 authors, one editor and one bookseller, representing different parts of the literary scene. “For me it’s important that we as fantasy authors have a voice in the German book market so we can face the changes that are happening within the book industry together and react accordingly. The reputation of fantasy has risen tremendously within the last years, but German authors still have a ways to go when it comes to acknowledgement within the literary community,” says Diana Menschig, one of the founding members of PAN. Bernhard Hennen, one of Germany’s most famous fantasy authors, is proud to be part of PAN. He said: “I’m a member of PAN because we are undoubtedly in the age of networks. If you’re not networking, you’ll have a hard time making yourself heard.” He made sure to point out that PAN is open to both bestselling authors like himself as well for new authors still learning the tools of the trade, offering both the same chances and advantages.

PAN is already proving that they are a force to be reckoned with: on April 21st and 22nd, PAN invites its members to a national symposium in Cologne. And their plan is no smaller than shaping the future of “Phantastik made in Germany.”