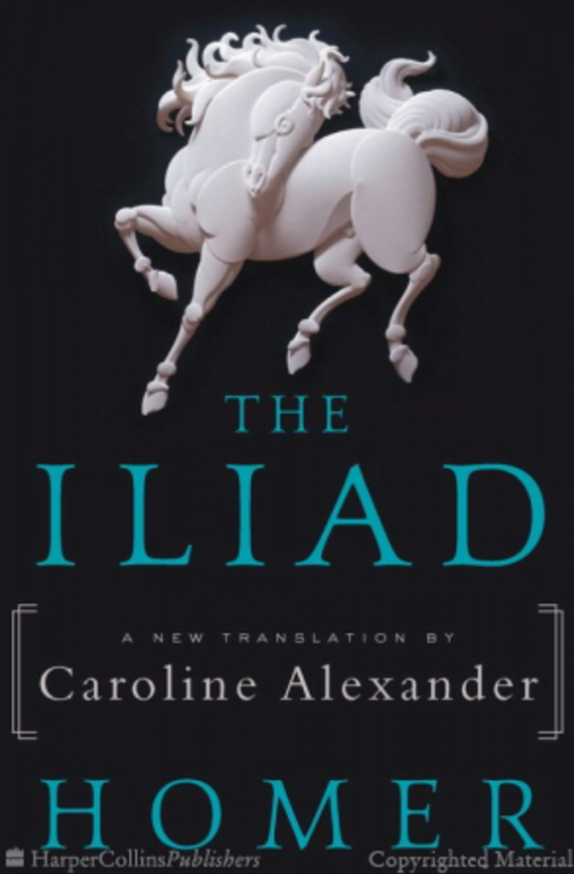 With so many translations of Homer’s The Iliad now available, the project of re-translating the work yet again seems redundant. Writing for The Daily Beast, James Romm posed the following question: “Which is greater? (a) The number of Republican presidential candidates or (b) the number of new English translations of Homer’s Iliad published in the last decade.”

The answer, it turns out is (a) albeit by a slim margin. With the appearance last month of Caroline Alexander’s translation of the Iliad (HarperCollins) — the first ever by a woman by the way — the number of Iliads was just one short of the number of Republican contenders who appeared at the last debate – nine.

Given the wide range of choices, what should the “common reader” do? Romm writes:

“For readers, and for teachers like myself, the range of choice has become bewildering. Some translators prefer a five-beat line of verse (like Shakespeare’s), others something closer to the six-beat line of the original; still others blend the two, or, as in Alexander’s case, stick to no clear metrical scheme at all (“a cadence… which varies from verse to verse,” as she describes it in her introduction). Do you fancy rhymed couplets? The once-great versions by George Chapman and Alexander Pope have been recently repackaged, as has the prose version by Victorian novelist Samuel Butler. And for those who prefer modernist twists on ancient classics, Christopher Logue’s War Music—a reimagining of Homer’s epic, in an imagistic style—will appear in a new, more complete version next month, augmented by material Logue left unfinished in his declining years, after working on the poem, on and off, for five decades.”

But why so many editions? According to Romm, it’s simply a matter of economics. Even though fewer and fewer “Classics” are being taught in college, “Homer has remained the blue-chip stock that belongs in every portfolio, the one ancient author that the entire college community – including students…can agree is worth reading.”

Given that then, for publishers, The Iliad (and even The Odyssey) are virtually guaranteed moneymakers, “every time fall and spring term book orders come due.” (Romm noted that The Wall Street Journal reported that even though it’s the “new kid on the block,” Caroline Alexander’s translation will have a first print run of 30,000 copies – and Robert Fagles’ classic 1990 translation has sold over one million copies.)

Even so, recent proliferation of translations notwithstanding, in a 2011 New Yorker piece, noted classicist Daniel Mendelsohn looked at the then most recent translations and said that Alexander Pope’s version (now approaching its 300th anniversary) is “at once the grandest and most minutely detailed there is ever likely to be.”