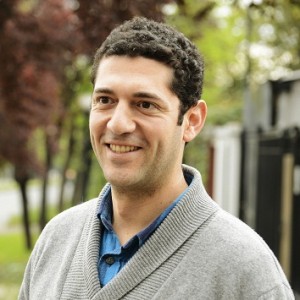 A selection of titles from eBooks Patagonia

Chilean publishers are looking to digitization to help them expand their local and export markets, says Javier Sepúlveda Hales of Chile’s eBooks Patagonia. The total population in Chile was last recorded at 17.8 million people, and the number of mobile phones in the country considerably exceeds this figure. There are many other things that Chile is famous for: wines, earthquakes, tsunamis, the story of the 33 miners who were trapped in a San José mine, the football players who won the latest running of the Copa America tournament, and Chilean writers, of course.

As far as writers are concerned, the country can boast two Nobel Prizes: Gabriela Mistral and Pablo Neruda, and authors like Roberto Bolaño (1953-2003), Nicanor Parra (now 101 years old) and Isabel Allende (who is a graceful 74 years old). What about younger authors? Is there room to develop new talent?

My answer is “yes.” The publishing scene is flourishing and is getting more and more international. New technologies are playing the leading role, making it easier for books to reach their readers. The recent proliferation of new publishing houses is mainly due to digital technologies that have lowered production costs and have encouraged many authors to self-publish their works. Most of these companies are publishing directly in digital format; others can now work more affordably thanks to print-on-demand.

On an institutional level, there are three trade associations within the industry: Cámara Chilena del Libro (Chilean Chamber of Book) with 88 members, Asociación de Editores Independientes with 55 members (including eBooksPatagonia, which I run) and Cooperativa La Furia (“La Furia” Cooperative) with 33 members. Apart from these organizations, micropublishers and self-published authors are proliferating.

The new avenue to self-publishing has undoubtedly opened new doors for everyone. Countless authors have been able to make themselves visible after years at the margins of the industry. One author working with eBooks Patagonia is a 70-year-old writer who has published five novels with us in recent years. We created a special imprint just for his crime novels to encourage “word of mouth” recommendations. The strategy proved successful: at the beginning of 2015, an established publisher, Transnacional, published his first book in print and this title immediately hit the bestseller list. Now, the second novel is in bookstores. Even though many Chilean authors are successful in the local market, they have not been able to make their way onto the international scene yet. This is why we keep asking ourselves how we can help these authors establish a remarkable presence abroad, especially in Spanish speaking countries? Shall we send their physical books abroad? Given the geographical location of Chile, we are talking about a big investment. Good news is that geographical barriers disappear when we publish in digital format.

We succeeded making Amazon Kindle chart with El verbo Kaifman by eBooks Patagonia author Francisco Ortega, which hit the number one spot in the thriller category, thanks to a skillfully crafted promotional campaign. Surprisingly, this book sold 42% more in Spain than in all the American continent, inverting the typical dynamic of the “imposition” of books from Spain to Latin America. Now, with the rise of digital books, we are able to overcome geographical barriers. At the same time, we have to face an entirely new challenge: how do we get our books into new markets?

The answer: it is only possible through the help of the government?

This is the result of a joint effort made by private equity companies and the government. These new institutions have established a three fold strategy:

Regina Rodríguez, Executive Secretary for the National Book Council, told me, “Although we will not be able to finance all of them, more than 1,600 creative projects have applied [for] book grants promoted by the government.” She added that they have set a new plan called “National Policy for the Book 2015-2020” and that “it is a common task for our society to create an ecosystem where the number of readers can grow, where readers can understand what they read and, in particular, they can enjoy reading on every device.”

Since Chile is relatively a small country, with a smaller population than Mexico City, we are forced to export our books and to be as global as possible: digital media is an irreplaceable ally to achieve this goal.

From the private sector, eBooks Patagonia is trying to make its contribution. We help both authors and publishers to outsource, as far as digital is concerned; furthermore, as a digital book aggregator, we globally distribute more than 50 Latin American imprints, with close to 1,500 ebooks. We are building mobile applications that are meant to be ebooks stores, where creators are directly connected to their audience. Not only are we exporting authors, we are also opening new horizons.

Despite the fact that, as Regina Rodríguez points out, “neither public policy nor the book laws have paid due attention to digital books so far,” a Chilean digital public library actually exists. Its director, Florencia García, tells us “even if slowly, digital books are progressively extending their presence in the Chilean market.” The quantity of monthly ebooks lendings has grown 14 times since November 2013.

Mobile phones represent the future of access and reading. A country with more mobile phones than inhabitants is the perfect scenario for the revolution that is taking place: on the one hand, our authors are publishing more and becoming more international; on the other hand, people have easily access to content. Digital media, private equity companies and the government are making this happen.

Javier Sepúlveda Hales is one of the founding partners of Ebooks Patagonia, among the first digital publishers in Latin America.

This article was translated from the Spanish by Valentina Morotti.