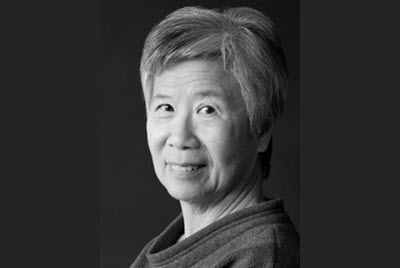 Translation is finding new energy in the world industry: after all, digital makes borders more porous than ever, foreign markets more enticing. But translation is expensive, difficult to do well, and frequently hard to sell in distant markets unless you have sales forces on the ground. What’s more, translators frequently must agitate for proper acknowledgment and metadata inclusion. All the more reason to applaud California-based publisher Lian Gouw, 82. She refers to herself as a “watch-outer,” looking out for her translators’ interests as avidly as she does those of her authors. —Porter Anderson An article in the Jakarta Globe looks at Lian Gouw, the founder and owner of Dalang Publishing, a two-person operation based in San Mateo, California. It specializes in translating historical fiction from Indonesia.

The article looks back at weeklong series of talks about two translations published by Dalang. Last autumn, Gouw brought two authors and their translators from Indonesia to participate, presenting their works in stores and on campuses in the Bay Area.

Stefanny Irawan, the translator of Daughters of Papua, one of the featured books in Dalang’s “A Taste of Indonesian Literature” tour, told the Globe that Gouw “sincerely wants to help Indonesian literature, introduce it to the world.”

And while Gouw does receive a subsidy from the Indonesian government for her work, she still had to “dig into her own pocket to cover the costs of hosting her visitors.” The article tells us:

“No other publisher has done anything like this before in aid of Indonesian literature. Complicating matters is the fact that Stefanny [Irawan] is the only one of the four participants who has ever been to the United States before. Of the other three, only Hayat Indriyatno [Indriyatno Nurhayat Mohamed], the translator of Kei, has traveled outside Indonesia. For authors Anindita Siswanto Thayf (Daughters of Papua) and Erni Aladjai (Kei), this is their first trip abroad.”

While the Indonesian authors and translators’ tour drew limited crowds, Gouw is accustomed to an uphill battle in promoting Indonesian literature.  When the group visited the San Jose State University’s Martin Luther King Jr. Library, they asked to see the world literature section, and, in particular, the Indonesian shelves.

“And there were two books. Two,” Gouw tells the newspaper. “Can you guess what they were? They were two dictionaries. Dictionaries!” Gouw took matters into her own hands, giving the library the original versions of the eight books that Dalang has published.

“Now the originals are going to be there and represent Indonesian literature. And that’s great,” she said. “That’s what it’s all about.”

In an interview with the Globe last year, Gouw said that it was her policy “to only publish literary novels, only use Indonesian translators who live in Indonesia, and solicit Indonesian reviewers along with foreign reviews”—all to prove that “Indonesian literature can be successfully presented by Indonesians.”

As Hayat Indriyatno acknowledged, Gouw “can be a hard taskmaster, but when you see the finished product and the lengths she goes to to promote her books, you realize how deeply meaningful this is to her.”