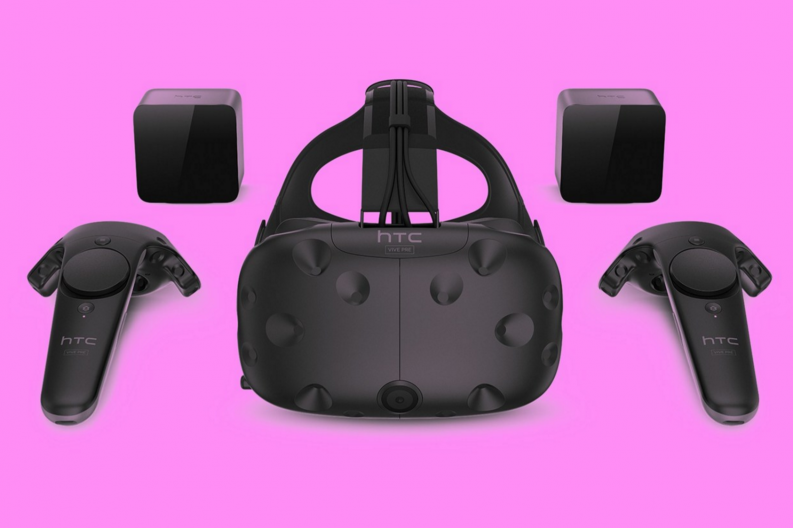 HTC Vive is part of a new generation of virtual reality devices promising to bring VR storytelling to the masses.

The time has passed when ereaders make headlines at CES. Today, when it comes to publishing, the show highlights virtual reality and education technology.

There is one rule when you visit Las Vegas, and that is what happens in Vegas, stays in Vegas – unless, that is, you happen to be showing off your passenger carrying drone or driverless car at the annual Consumer Electronics Show (CES), which has just finished.

Since it started in 1968, CES is the show that has launched into the world hundreds of electronic gadgets and devices that we now take for granted, such as the VCR, the CD, the Xbox, and even 3D TV. This is a track record that helps to explain why the show attracts 170,000 visitors annually to its giant exhibition space — as do the famous after show parties.

As well as making headlines each year for the products it launches, CES also provokes controversy with its famous scantily clad “booth babes” — promotional models whose existence in the 21st century seems to sum up the position of women in this famously patriarchal tech industry. In fact, if CES were a novel it would be The Great Gatsby, as it seems to party on regardless of looming stock market crashes, rising sea levels, or even the zombie apocalypse.

However, you might be asking what relevance does a world obsessed not with ebooks but with Back to the Future-inspired hoverboards (that don’t hover) and the Laundroid laundry-folding robot have to the serious business of publishing books?

Well, not very much, judging from the few mentions of CES in the august pages of the publishing media. But dig deeper into the headlines about domestic robots, drones, smart homes and driverless cars, and a different story starts to emerge.

One of the biggest stories for publishers this year at CES was the second coming of virtual reality (VR). Virtual reality promises a new kind of immersive storytelling that, like the holodeck in Star Trek, will fool the user’s brain into believing that they are feeling pain or pleasure, or that they are in a gunfight or at the top of a high-rise building.

In the case of the Oculus Rift (price $500) or HTC’s Vive (price $1,200), and the Avegant Glyph ($699) which were all launched at CES this year, VR comes packaged as an expensive headset with a 180-degree visual display and stereo sound that would be familiar to readers of a certain age who played the VR arcade games of the 1990s. It is hardware that consumers are going to get whether they want it or not as Google and Apple ramp up their own VR teams. Whether VR will save a troubled Taiwanese smartphone manufacturer is a different issue.

What may have tipped this over into something of interest to the publishing world was the announcement at the show by Mark Thompson, CEO of the New York Times Company, that they actually made money from virtual reality in 2015 and expect to do so again in 2016.

In an industry fretting about who will buy VR kit and watch it (most people will apparently have to upgrade their laptop or PC as well), the news that the New York Times’s two high-quality VR documentaries, Displaced, about the experiences of three refugee children, and Take Flight, a celebration of air travel, together with their new VR app, had actual viewers came as a welcome relief.

However, they were launched to be used with the intermediary technology of Google Cardboard — Google’s cheap VR headset — which made the VR experience accessible. In 2016 the New York Times is promising big pieces of VR storytelling each month and the curation of VR content with the Sundance Film Festival.

Speaking to me after the end of the show, Eileen Murphy, Head of communications at The New York Times, said that it is very much a case of watch this space: “We plan to continue to invest in VR and produce more for our VR app, which launched last year and has already proven to be quite successful. Look for us to continue to innovate around partnership relationships (like the General Electric and Google partnerships we launched with) and also to use VR more as a vehicle to evolve our digital storytelling capability.”

As well as VR, the plethora of Windows and Android tablets at the show served as a warning shot to a publishing industry often obsessed with Apple’s App Store, reminding them that they are still in a world of different ecosystems and that by concentrating on one at the expense of the others (admittedly whose users are less willing to pay for content) they are shutting out a large section of the audience.

What’s more, the launch of Samsung’s Galaxy TabPro S tablet, which was seen by many as being very similar to Microsoft Surface 4, highlights the impact the hybrid tablet is beginning to have. The stylus-equipped Surface having being credited with forcing Apple to introduce their own stylus despite Steve Job’s commandment to the contrary. It is also evidence of the company’s determination not to leave mobile to Apple and Google — as does the persistent rumors of a radical Surface phone to be announced this year — and an important reminder for publishers that Apple doesn’t have a monopoly on innovation.

Finally, from the land of edtech came the news that must have made many of the startups that Publishing Perspectives has covered tremble — that Lego was entering the market of teaching children to code. Despite the number of similar Christmas presents that are sitting unopened on shelves, Lego Education launched WeDo 2.0 (although, to be fair, Lego Education itself has been around for 35 years).

The new kit combines our old favorite the Lego brick set with a familiar-sounding package of motors, sensors, and classroom-friendly software. Through a series of challenges, young students work together to understand science, engineering, technology, and the all-important coding. Teachers receive more than 40 hours of curriculum resources, along with assessment tools.

Las Vegas — see you next year.