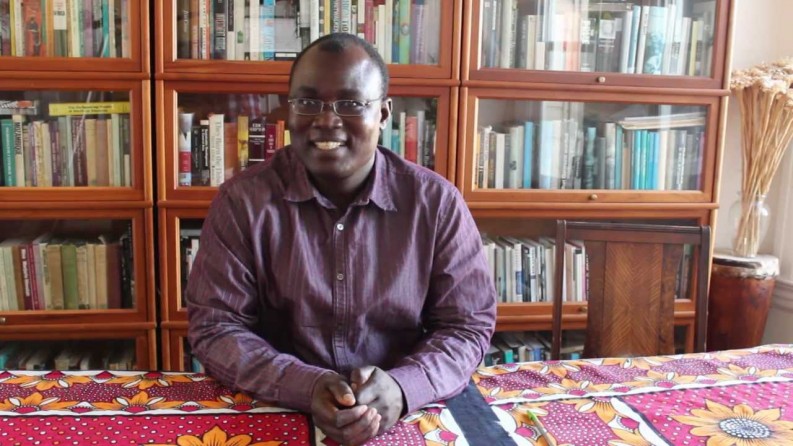 Zimbabwe writers have created a traveling book fair and are marshaling social media to build direct bonds with impoverished readers. Emmanual Sigauke is among the Zimbabwe authors concerned about the decline in reading habits.

Zimbabwe is rated as the most literate country in Africa, yet reading for pleasure is in decline. The rise of digital reading and low income, as well as a focus on reading only for exams, has contributed to this drop in reading for pleasure. Zimbabwe writers are working towards changing this by promoting their work through film, music, and translating into Shona.

At Zimbabwe newspaper The Herald, writers discuss how they are setting their minds to turning this around. US-based author Emmanual Sigauke points out how writers are using booktubing to build a relationship with their audience, but it is still not as popular as “other seemingly useless topics” on YouTube. Even Siguake’s literary blog, Wealth of Ideas registers more hits in other countries such as India or Nigeria than at home.

Siguake writes of joining fellow authors Memory Chirere and David Mungoshi in the launch of inaugural Chisiya Writers’ Workshop in the city of Zvishavane to help bring literary work directly to people. The workshop travels to towns that would otherwise have limited access to them. Siguake describes the workshop as, “a way of valuing the setting of the rural aspiring writer.” And to do this, “the workshop brings facilitators from the towns and relevant institutions to the villages.” But the effect of low income on reading culture was apparent when at the end of the day everyone was given a book, but on the workshop evaluations some people said that they would have much preferred to receive cash.

Chirere pushes for writers to blog and use Facebook to promote their work. His blog, kwaChirere, is a place he describes as where, “I write about what I write and what fellow Zimbabweans write.” He says, “when I told the world I had ‘Bhuka Risina Basa,’ the thing was still in draft form!” He talks of “the hungry Shona audiences across the ocean” encouraging him even though he “knew that less than a third of them had the guts to take a book to bed!”

He talks of the lucky books being imposed on readers because they are on school syllabi, but other than that he describes the book as finding “its way into society very gradually, even if the author tries to push it to the people.”

Chirere suggests using new media. He himself has recorded poetry albums such as Tsotsi and Nyika Yapera Wrong Time, and even uploaded stories like Party Yevana Vehuku via YouTube.

Oscar Habeenzu, publisher and author of TheBeahviourReport.com, also uses the internet to his benefit where he has offered his work for free downloads. His payment comes in the form of advertising and “has also turned to quick reads to accommodate the busy netizen.”

Novelist Ignatius Mabasu says the difficulty writers face in Zimbabwe are because they are undervalued. “Locally, we do not value our writers, Government does not support them, piracy is almost legal and the writers are dealing with many frustrations socially, politically, and economically.”

Even book clubs, focused on helping young writers, fall short. Performance poet and novelist Tinashe Muchuri acknowledges that these clubs do help young writers “get the most out of established artists,” but also their shortcomings. “… it is the language of the elite used in reading and in discussion. The language of the poor and their books are not under discussion here. Indigenous languages are often excluded.”