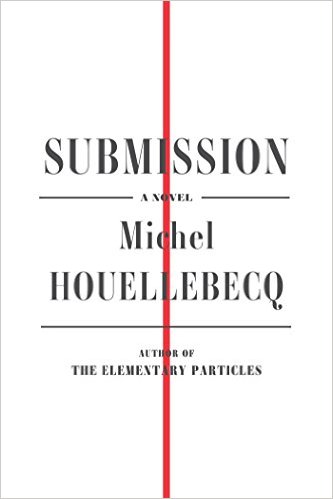 WARSAW: Like many other readers, I tend to pick up books which are somehow related to the latest stories and trends found in the media. I try to stay up to date with the latest stories which rock the media world, which is also why I mostly read non-fiction. However, in some cases, certain works of fiction precede reality, and their authors succeed in shaping the debates which provide pundits with plenty of fodder. Even if I don’t entirely disagree with an author’s viewpoint, I will leaf through such a book with interest. To wit, Submission by Michel Houellebecq, an account of a near-future France in which an Islamist party becomes the main political force in the country. Following a presidential election which sees Mohamed Ben Abbes edge out far-right politician Marine Le Pen in the second round, France, long considered Europe’s bastion of secularism, experiences a deep cultural and social shift. Women abandon western-style dress, non-Muslims are encouraged by the authorities to convert to maintain their jobs in the public sector, and the country’s Jews are pushed towards emigration.

The French author remains highly controversial in his homeland, with some of his critics labelling him as racist and misogynist. On the other hand, Houellebecq’s acclaims include the prestigious Goncourt Prize, and he remains highly popular, as demonstrated by the 120,000 copies Submission sold in five days following its release in France. The book was published on January 7, the day when three masked gunmen assaulted the offices of satirical weekly Charlie Hebdo in Paris, killing 11 and injuring a further 11.

This said, aside from the timeliness of Houellebecq’s novel, it also carries a more universal message, and the author points his finger not at radical Islam, but at the everyman Westerner, accustomed to his lifestyle and comforts, reluctant to embrace any ideologies or larger ideas, seeking to blend in the crowd. It is the tranquilness and docility with which Houellebecq’s fictional France submits itself to an order imposed by those whose seek beyond the material world.

The theme of submission is further explored by Ta-Nehisi Coates, The Atlantic’s national correspondent, in his latest work of non-fiction, Between the World and Me. In his memoir, written as a letter to his teenage son, Coates strips the concept of race of any pseudo-scientific claims and mysticism. He demonstrates how its fabrication helped create a system which justified disempowerment of non-whites by arbitrary exclusion from “the people”. “The question is not whether Lincoln truly meant ‘government of the people’ but what our country has, throughout its history, taken the political term ‘people’ to actually mean. In 1863 it did not mean your mother or your grandmother, and it did not mean you and me. Thus America’s problem is not betrayal of ‘government of the people’, but the means by which ‘the people’acquired their names,” Coates argues.

Both books suggest that our increasingly multicultural world is facing challenges which put its very existence at risk. However, this not-so-optimistic note is refuted by the message carried by Brandon Stanton’s Humans of New York: Stories. The latest installment of the series which began with Humans of New York is a collection of interviews conducted with strangers whose only common feature is the fact they live in what is probably the world’s biggest melting pot. Together, these inspiring stories, accompanied by photographs, capture a full-size picture of the variety of lifestyles and cultures which make New York hard proof of the possibility of a peaceful and creative co-existence by people of all possible backgrounds.