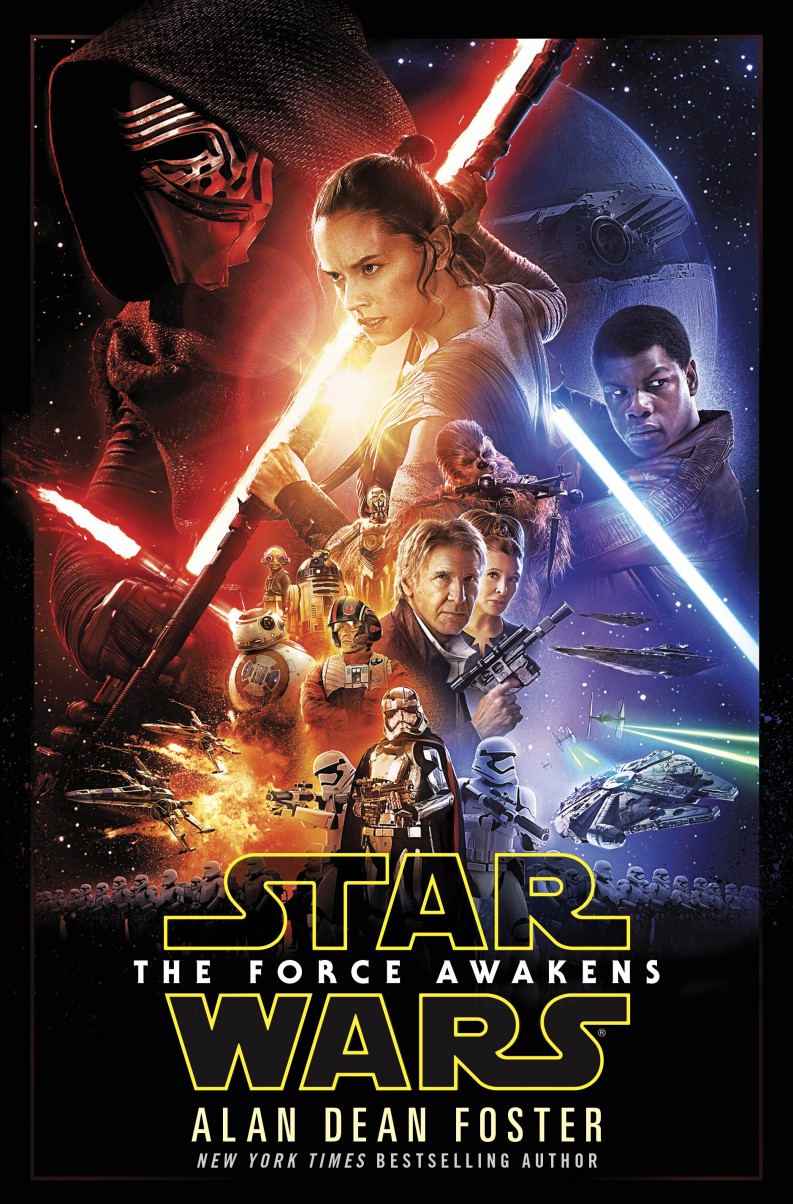 The authorized novelization of the film will be available December 18, but just as an ebook.

Do you know your ‘ABY’ from your ‘G-canon’? How are you with ‘retroactive continuity’ (‘retcon’)? What are ‘Infinities’? What is the EU? (clue: it has nothing to do with Brussels) and what were ‘the returns of the Jedi’?

To step into the world of Star Wars publishing is to enter a very particular universe, one with its own rules and language, a fanboy/fangirl paradise that is complex and perplexing – and about to grow even more so with the release of the seventh film Star Wars: The Force Awakens.

OK, deep breath. First off, you need to know that the word ‘canon’ in the world of Star Wars literature, is the term used to define one story’s importance in relation to another story. There used to be numerous levels – of which more anon – until April 2014 when the Lucasfilm Story Group (LSG), the body tasked with maintaining the canon across all newly published Star Wars stories, abolished the previous canonical hierarchy system and created a single canon level.

With me so far? Good, let’s continue, possibly up to warp speed (sorry, that’s from the other lot, but you know what I mean). After LSG’s announcement it meant that there was now only one canonical level within the Star Wars universe. It meant – and means – that all approved LSG stories, irrespective format, are all of the same level of importance.

I think I’m right in saying we’re all relieved about this, yes? Good, so let’s get back to that list.

The Canon and Returns of the Jedi

ABY stands for After the Battle of Yavin, that being – as you surely know – the events witnessed in the first Star Wars film. The G-canon refers to the George (Lucas) canon, i.e. those events or characters created by George Lucas himself, before the big LSG announcement. Obviously.

Retroactive continuity is “attempting to establish a correlation between two or more sources that may have inadvertently contradicted each other.” Infinities, also known as N-canon, or Non-canon, refer to events or characters in any other ‘level’ in the Star Wars canon (once again, before the LSG announcement) and EU stands for Expanded Universe, which referred to all officially licensed material, including books, comics and short stories. Following the LSG announcement, EU material has been re-branded Star Wars Legends.

It’s all really quite simple when you see it explained like this.

Now on to the best one! The “Returns of the Jedi” was the term that went around the book industry following Dorling Kindersley’s disastrous over-printing of tie-ins to The Phantom Menace in 1999. It printed 13 million and around 10 million came back, or had to be pulped or go to remainder outlets. DK was left with a £25m black hole as a result. Happy not, this made it, as the little feller from The Empire Strikes Back might have put it.

So to the new film and its attendant literature. There are dozens of tie-in titles, comics and sticker books to add to the estimated 1,000-plus Star Wars and Star Wars-related publications that already exist or existed. But the daddy of The Force Awakens books surely has to be the official novelization by Alan Dean Foster, who was the ghost writer for the very first Star Wars novel…Interestingly, the ebook is available from December 18, but the hardback is not available until January 1st, which means fans cannot receive it for Christmas and bookshops have lost out on a £19.99 Christmas gift purchase. Seems a shame.

Disney apparently persuaded publishers to delay publication because it was worried that a copy might leak out and be a spoiler for the film. The argument goes that physical books, which have to be transported to distribution centers in the week prior to publication, are harder to keep secure than an electronic file. However, in the light of HarperCollins’ UK CEO Charlie Redmayne’s remarks on cyber attacks that may no longer be the case. To those of a certain mind-set, hacking the file of the new Star Wars novel might be some badge.

One final thought. Isn’t it fabulous how text is at the root of the whole glorious franchise? The famous “In a galaxy far, far away…” (which is effectively the ages old “Once upon a time…” that we loved as very young children) and the equally famous Star Wars “crawl”: “It is a period of civil war. Rebel spaceships, striking from a hidden base, have won their victory against the evil Galactic Empire …etc” are some of the most read sentences in the world. Those yellow words in the original film have been sliding back and away and in to deep space for more than thirty years, performing their magic on each new generation.

To which the only response is — long may it continue. And for bookshops all across this spinning planet: “may the sales force be with you.”