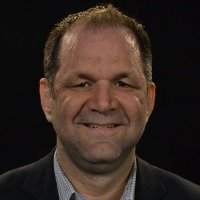 Call me an old cynic, but sometimes it seems like the entire internet is conspiring to a) get me to read My Struggle and b) to distract marketers from a simple, demonstrable fact: Email marketing is (or can be, properly pursued) the cheapest, most effective, measurable way to sell just about anything, including (and perhaps especially) books.*

Each day, pundits both inside and outside the publishing industry (over-indexing from the tech industry) tout the next big thing, issue whitepapers, mistake growth for size, and generally bamboozle us about what’s hype and what’s…working.

Privately, wherever data-minded marketers gather, they admit to each other that they are in a lot of things because they have to be — what if it takes off? — but that email flat out works. I started to think these furtive confessions were imagined until I was introduced to the Gartner Hype Cycle for Digital Marketing (see below). The Hype Cycle, in general (Gartner does these for many sectors), is more poetic than any consultancy has a right to be, detailing — as it does — the rollercoaster ride of any new technology, from Innovation Trigger to the Peak of Inflated Expectations, through the Trough of Disillusionment to the Slope of Enlightenment, onto the triumphant Plateau of Productivity — like some MBAs remix of Candyland.

But, as you can see, the 2014 edition placed email marketing right in the sweet spot, while native advertising teetered at the Peak of Inflated Expectations. (Both moved to the right in 2015. Native advertising descended toward the Trough of Disillusionment, while email marketing glided off the page into the sunset of productivity, still 1 to 4 years from its plateau.) Not only will this match the intuitions of people who closely follow digital marketing — and its attendant hype — but it illustrates something important about marketing decisions. There are no forever solutions — no absolute “best practices.” Solutions are constantly waxing and waning in effectiveness, and it is a marketer’s job to determine which is which. As Nietzsche said, “Not to call a thing good a day longer or a day earlier than it seems good to us is the only way to remain really happy.”

Well, email is still very good for books — particularly ebooks — and has arguably never been better. The shift from dedicated readers to tablets, apps, and phones means email messages reach users on the devices where they buy and read ebooks. This is advertising that’s native, not to the seller’s ecosystem, but to the user’s, reaching them where they can transact and read in just a few clicks. More than a year ago, I was at a meeting of retail marketers, who were all bemoaning the fact that users browsed on mobile, but they didn’t transact there. I didn’t have the heart to tell them my conversion rates — and I realized then I was in the right business.

At HarperCollins, we have grown a large daily ebook deals email list, Bookperk, which is driving sales and delivering great exposure for our authors, and my colleagues at Harlequin and HarperCollins Christian both have enviable email marketing programs. With its underway expansion to the U.K., Bookperk will approach 1MM users worldwide. We are bullish on email, in other words, no matter what the pundits say.

So why does email get overlooked? In part we think this is because of some myths that have developed along the way. My U.K. counterpart Sam Missingham have taken the time to dispel a few of these, though they are sure to return as some new, unproven technology makes its ascent to the Peak of Inflated Expectations.

Jim Hanas is senior director of audience development and insight at HarperCollins in the U.S.

*When selling low-cost items like books, finding a cheap, effective, and measurable way to sell them is especially important — and difficult, since you often find yourself bidding for ad space against the sellers of high-cost items like cars and hotel stays.”