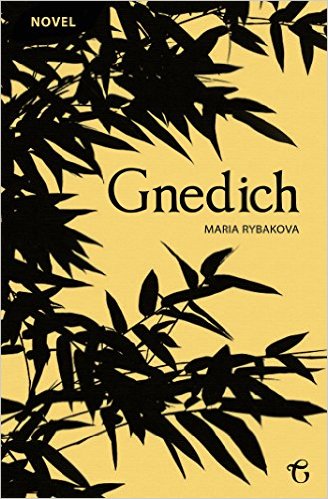 Various Russian publishers discuss what’s hot in Russia and the challenges of publishing literature for a discerning, demanding Russian audience.

Writing for Russia Behind the Headlines, Phoebe Taplin spoke to publishers about trends in contemporary Russian literature.

Ksenia Papazova of Glagoslav, a publishing house that specializes in translated Russian books, told RBTH that their Dutch translation of Metro 2033 and its sequel Metro 2034, were among their bestselling titles. “He is very famous in Russia, and Dutch science-fiction fans find it very interesting as well.” (Those fans will be happy to know that Metro 2035 came out in Russia this year, and will soon be translated.) But, as Taplin writes, Glagoslav’s current bestseller is even more of a surprise. Gnetich by Maria Rybakova is a “novel-in-verse about a 19th-century poet, Nikolai Gnetikch, who translated Homer’s Iliad.” Really.

Papazova told RBTH that she thinks that the interest in contemporary Russian authors is helped along by “the reputation of Russian classics,” even though there’s little chance of attracting “the same numbers of readers as J.K. Rowling did.” One reason? Most Russian fiction is “serious…not meant to entertain but to make the reader think and question themselves, and search for answers.” She added that there is publishers play a vital role in helping readers discover new works: “Tolstoy and Dostoevsky do not need any marketing,” she said, “but new authors do!”

On the other hand, Allesandro Gallenzi of Alma Books recognizes the difference between selling “famous names from the past” and the “challenge of introducing unknown modern authors.” He told RBTH:

“Our Russian classic program is by far the most successful strand in our list. I believe there is a great appetite for Russian culture and literature among English readers – but the trouble, in my view, is that a lot of Russian contemporary novels are too self-referential and Russo-centric. This makes them difficult to export into other languages.”

For example, he explained, Alma has successfully published many Russian titles, most from the 19th century; some from the 20th. To date, the only contemporary Russian titles published by Alma have been Dmitry Sykov’s Living Souls and Alexander Terekhov’s The Rat Catcher. Galenzi said that while they both “sold reasonably well,” sales were nowhere near those of the older classics.

Even so, Papazova sees an opportunity to “redress” Russia’s previous era of isolation by promoting its authors overseas: “Nowadays we have an opportunity at least to fulfill this mission and to translate the books into English. Thus, the global readership has a chance to re-discover contemporary Russian literature.”

To learn more, including the role of émigré writers and emerging markets, as well as the struggles readers can have with modern Russian titles, click here.