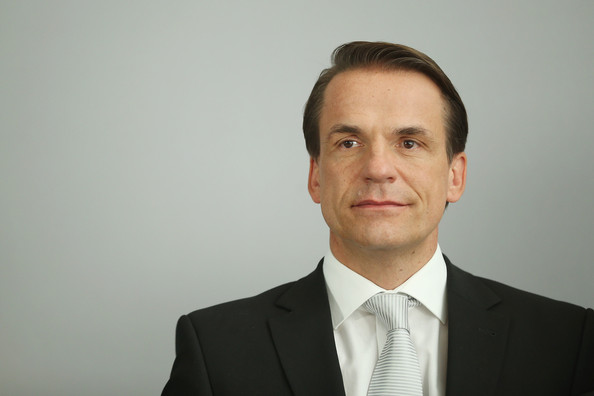 Latin America is a priority for Penguin Random House, says CEO Markus Dohle. Mexico is driving growth in the region, and print and digital books continue to co-exist.

Latin America is a strategic priority for Penguin Random House and is the world’s most important emerging market, especially now that the company’s mature markets are no longer growing, according to CEO Markus Dohle, who spoke at the Guadalajara Book Fair earlier this week.

“The growing Hispanic population of the U.S. is also an important factor in that growth, and Mexico is perfectly positioned as a market, and where we are expecting to see much growth,” he said.

He described publishing as a global and local business, saying that territories have always been important in publishing.

“There is a healthy co-existence of global and local, and we want to maintain that diversity of voices, giving books the audience they deserve. Publishing is a service to society, and we see ourselves as a creative force — not as a corporation — a community of small and medium-sized firms,” he said, describing Penguin Random House, born in 2013 through a $6.3 billion merger. PRH is now the market leader in Spain.

“Mexico is a young market, the population is growing, and it is the fastest growing market for us in Latin America.”

While ebook penetration in the region is still slow, at less than 5%, he said that growth would come through both in print and electronic formats.

“Print will not disappear, we will find a new co-existence between print and ebooks. For us it doesn’t matter which we sell, we want to sell as many books as possible in both formats,” Dohle said.

“When the steep growth of ebooks began in 2007, I said that printed books would always be important, even in 100 years’ time.”

“I think the most important thing is storytelling, which will survive. Stories and books have a future.”

He said that while many people have bought e-readers, those people are now hybrid readers, consuming both formats, reading electronically while on the move but preferring to read print at home, for example.

“The great advantage of the ebook is that it expands your reading hours, you are able to read at any time, anywhere, and you have the opportunity to buy books 24/7.”

Asked whether ebooks are more popular among younger readers, given their penchant for technology, he said this is not the case, with both the children’s and YA markets still dominated by print, given the attractiveness of illustrated books.

“The school system plays a large part in that, plus the tendency for parents to buy their children books, and children develop a relationship with physical books at an early age that stays with them for life, and that is very encouraging for the future.”

He said the current percentage of ebook sales compared to print is 20% to 80%, respectively, at a global level, while the market share of ebooks in Mexico is less than 5%. The figure for Spain is just above 5%. In English-speaking countries, the percentage is between 25-30%.

He said self-publishing, rather than being a threat to traditional publishing, is a healthy phenomenon for the industry.

“We have to prove ourselves as publishers, and it makes us better. Self-publishing gives writers the chance to be read, but readers also need guidance and orientation to find their next great read. Publishers offer a service portfolio. It is a creative partnership between the writer and the publisher, and we provide the momentum to get a book into the hands of readers.”

“Publishing is managing creativity and achieving maximum exposure, and while these services are still necessary, self-publishing brings a new dynamic to the industry and forces us to expand our service portfolio,” he said.

The same can be said for technology, which is changing the distribution channels, he added.

“Tech firms are a huge opportunity for publishers, they provide us with the opportunity to reach even more readers, and the book consumer base is growing my 25 million people a year, and so we need each other, and the relationship between tech firms and publishers should not be confrontational but collaborative.”