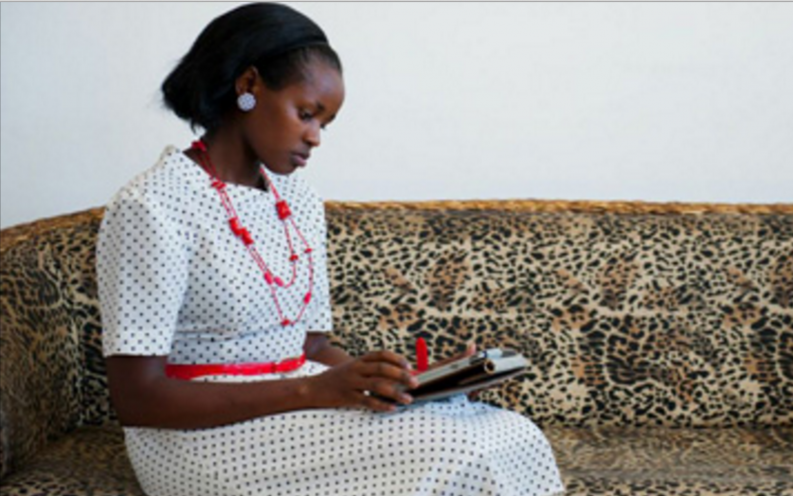 The second half of our report from the 2015 East Africa Digital Reading Summit in Kenya looks at efforts to develop and distributing more local digital content. Read part 1.

Day Two of the Summit consisted of various small workshops/plenary sessions on specialized areas of e-publishing like “Blogging,” “Ebooks in the Classroom” and “Selling Ebooks.” The attendees were mostly drawn from various publishing houses like Word Alive, Longhorn, Story Moja, Kenya National Literature Bureau and Kwani? and from digital publishing practitioners like Digital Divide Data, eKitabu and the Bloggers Association of Kenya. In one session, Kennedy Kachwanya, chairman of the Bloggers Association of Kenya (BAKE), gave a talk on ‘Marketing on Social Media’. He said that BAKE, which promotes local content (and runs the popular BAKE Awards), was created because in the early days of the Internet, about 90% of all content on Kenya seemed to have been written by foreigners. He gave such tips as why you should have a blog as opposed to merely posting on social media: “[On websites/blogs] you own your content and control it. Social media only gives you a platform’. Other pointers included the ‘The 1% Rule of Internet Culture’ [1% are Creators, 9% are Contributors, 90% are lurkers] and the importance of knowing your audience. His “content ideas” included “addressing common questions” (the way popular Kenyan Twitterer @Siriliciously asks people what they are reading), doing interviews and posting them, and inviting guest posts. “Each blog post should tell a story,” he said. As sure as rain, Kachwanya turned geeky and furnished such detailed ‘statistics’ on Kenyan internet users as “Data/Internet subscribers stand at 16.4 million’ and ‘Internet users stand at 26.1 million!” June Gachui is a copyright lawyer and a singer.

June Gachui, a vivacious lawyer who is also a singer and thespian, gave a presentation on “Piracy, Digital Rights Management and Creative Commons.” She said that the easy availability of pirated works online affects the entire book industry. She cited WapKid, a free download website, as an example of a piracy villain.” Ms Gachui explained Copyright Law, described DRM as a “technology protection measure” and mentioned the six Creative Commons licenses, all of which, she said, could be read in detail on the official CC website.

Will Clurman of eKitabu gave a talk on the distribution of e-content. He said that in Africa, educational content accounts for about 70% of publishing. Education, therefore, is eKitabu’s “key market.” He said that eKitabu is the leader in digital content distribution having had 10,000 downloads; 25,000 ebooks and interactive products delivered and 275 schools engaged across all 47 counties. Will Clurman was also a panelist on a session on “Selling Ebooks in Africa,” alongside myself, moderated by Muthoni Muhunyo of WorldReader. Muthoni asked me to introduce himself and my works. I said that am “a writer and IT expert” and it was my IT background that led me to create Kenya’s first digital novel, When the Whirlwind Passes in 2001. When I first converted my manuscript to ebook format, I made it available for free in order to make a name for himself. I later put it on EbookMall.com, an American ebookstore which was giving 50% royalties on the cover price.

The first time a buyer bought the novel, EBookMall sent me a physical cheque for $1.50 (as the book was retailing for $3.00). ‘Of course, I couldn’t bank it,’ I said, waving the actual cheque to much laughter. I went on to say that there had been a lot of changes in digital publishing since then, notably Amazon’s launch of the game-changing Kindle e-reader, although the most exciting thing to me was the introduction of Print-on-Demand (POD) systems which allow users to obtain physical copies of ebooks. In the Q&A session that followed, I said that, although my books are available at Lulu.com and Amazon, my most efficient bookselling system is using M-PESA (a Kenyan mobile money transfer system) to sell my books over my own website, AlexanderNderitu.com.

Will Clurman asked me whether I market my books directly to readers. I answered in the affirmative, saying that unlike publishers who sell mainly to the government, I make my appeal directly to readers via paid and unpaid ads on social media and my website. I, however, acknowledged that the text book market was ‘by far the largest market for books in Kenya, especially since the gov’t introduced free primary education.”

The Summit’s closing remarks were made by the outgoing KPA chairman, Lawrence Njagi, and Kenya National Library Service Director, Richard Atuti. Njagi announced that the association’s theme for this year was, “Twende Digital.” He also announced that his tenure as chairman had ended and he was happy to be handing over the reins at a digital event (Word Alive CEO David Waweru has since been elected the new KPA Chair). Various certificates of participation were handed out to the attendees and the Summit ended with lively photo sessions by various groups and individuals. Many participants, myself included, were eager to be photographed with David Risher. Thankfully, this time around he was wearing a suit of his own!