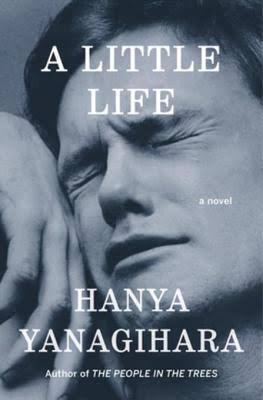 The New York Review of Books is hosting a debate about the merits and demerits of Hanya Yanagihara’s A Little Life between the book’s critic and editor. Gerald Howard, the editor of Hanya Yanagihara’s critically acclaimed bestselling novel A Little Life has, as Alison Flood wrote in The Guardian, “taken to the pages of the New York Review of Books to defend his author from a review that claimed the novel ‘duped’ its readers ‘into confusing anguish and ecstasy, pleasure and pain.”

The book, shortlisted for the UK’s Man Booker and America’s National Book Award has received its fair share of acclaim: Flood cited Jon Michaud in The New Yorker who wrote that it “feels elemental, irreducible – and, dark and disturbing as it is, there is beauty in it,” while in the Observer, Alex Preston described it as “a devastating read that will leave your heart, like the Grinch’s a few sizes larger.”

In The Atlantic, Garth Greenwell went so far as to suggest (although I strongly disagree) that A Little Life might be THE great gay novel, writing that: “In this astonishing novel, Yanagihara achieves what great gay art from Proust to Almodóvar has so often sought: a grandeur of feeling adequate to ‘the terrifying largeness, the impossibility of the world.’

But in the New York Review of Books this month, author and critic Daniel Mendelsohn took exemption to the author’s treatment of the book’s main character, the tortured (and seemingly gay) Jude, declaring that, “the abuse that Yanagihara heaps on her protagonist is neither just from a human point of view nor necessary from an artistic one” and that “Yanagihara’s novel has duped many into confusing anguish and ecstasy, pleasure and pain”.

So leaping to his author’s defense stepped Yanagihara’s editor at Doubleday, Gerald Howardm in a letter published in the NYRB, took umbrage at Mendelsohn’s assertion that the book somehow “duped” its readers “into confusing anguish and ecstasy, pleasure and pain.”

“In the first place, as we all know and as Nabokov on numerous occasions was pleased to remind us, art is at bottom an elaborate con game, but one whose techniques are designed to lead us by degrees into a realm of authentic emotion and aesthetic bliss, which justifies the con. When I have felt like crying while reading a novel by Charles Dickens (take your pick) or, to cite a book in a wildly different register, John Williams’s Stoner, have I been ‘duped’ by those authors? If so, I look forward to being duped in similar fashion many, many times in the future.”

Mendelsohn, of course, fired back, opening with:

“It can be neither pleasant nor easy for Gerald Howard to have to defend his author’s now popular and acclaimed book against a complaint that he himself made as it was being written: that the preposterous excess of humiliation and suffering heaped on the protagonist by its author (along with the character’s improbable array of compensatory expertises) both defies verisimilitude and alienates the sensible reader.”

Here is Howard, as quoted in Kirkus Reviews:

“It is perhaps inevitable that there would be some ‘tussles,’ as Howard puts it, between him and Yanagihara about the published version of A Little Life. They were mainly about the punishment that Jude suffers.

“‘This is just too hard for anybody to take,’” Howard told her … ‘You have made this point quite adequately, and I don’t think you need to do it again.’ Yanagihara says that Howard also thought Jude was too unbelievably talented … Not many passages that were up for cutting were cut.”

“My larger point was that Yanagihara’s slathering-on of trauma is, in the end, a crude and inartistic way of wringing emotion from the reader — an assaultive repetitiveness that can hardly claim to be one of the “techniques … designed to lead us by degrees into a realm of authentic emotion and aesthetic bliss” that Howard rightly mentions as a hallmark of a genuine novelistic achievement.”

And while admitting that “duped” might not have been the best choice of words — “I’m happy to allow that another word might be better…“Cheated”? “Pandered to”? Mr. Howard can take his pick.” -— Mendelsohn got the last word (at least for now) with this:

“One only wishes that he had imposed as stringent an editorial oversight on his author as he would do on her reviewers.”

I suspect this little story is to be continued.