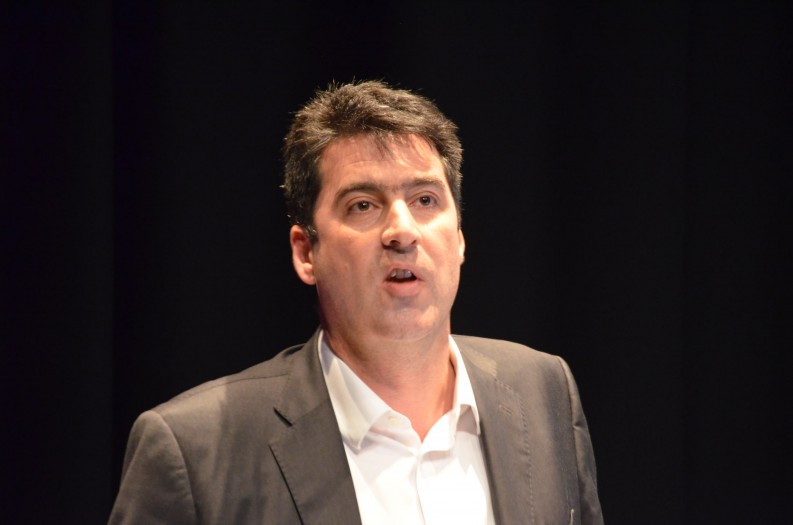 The Bookseller’s Futurebook conference in London last Friday focused on the growing importance of security, mobile readers and “open” content.

The cyber attacks on Sony Pictures in November last year and on UK mobile operator Talk Talk this past October, were wake up calls for the publishing industry, HarperCollins’ UK CEO Charlie Redmayne warned delegates in his address at the Bookseller magazine’s Futurebook conference in London last Friday.

“We operate in a world where there is an enormous amount of data available, and while this is good for building relationships with customers and for direct sales, there is a risk. We should be aware that there are those who want to access our data. These cyber attacks are sophisticated and we have to take this threat seriously. That requires rigor and investment. We have been living in a rose-tinted world. An attack will happen and we need to protect our customers and our reputation. If you write something on an email, you should be aware that it may be read in public.”

It was a slightly unexpected intervention, possibly the first time a leading publisher has spoken publicly on this topic. Its airing at the conference demonstrated just what a data-centric world we have been given by the Net and mobile communications — and what the downside might be.

Redmayne touched on more familiar topics too. “Amazon’s impact continues to grow. They offer the widest selection and the lowest prices, and having achieved that, they’re now focused on delivering margin as well — and that is eating into our authors’ income.

“Its move into self-publishing is a challenge too, but I think they risk neglecting their own customer promise here, because increasingly they are putting Amazon-published books on their homepage, which acts against their widest range argument.

He spoke too, about the industry’s attitude to rights which he feels is a “barrier to growth,” describing its structure as “antiquated,” and he has clearly faced some battles with agents over HarperCollins move towards to global rights.

Mobile is Key Catalyst of Growth

Speaker after speaker had their own stats on the growth of mobile. After a while, it was just a jumble of millions and billions. In summary: bye- bye desktop (even bye-bye tablet to a degree) — hello mobile. Of course, we all know this, but this was a conference that reminded us over and over again just how much mobile dominates our lives, and how much that dominance is increasing.

“If the first law of publishing is to find great copyright and create value from it, perhaps in the 21st century the zero-law will be to understand mobile,” said Faber Chief Executive Stephen Page in his opening keynote address. “…because without expert understanding of what mobile will do to consumer behavior, publishers and booksellers may struggle to find many audiences.”

For his part, Page probably had the sharpest observation of the day: Noting that Chinese online retailer and bookseller in Dangdang plans to open 1,000 physical bookshops in the next three years, he said simply: “See you — and raise you, Jeff”.

If you want a snapshot of the UK publishing industry, the Bookseller’s FutureBook conference is perfect. This was the fifth conference and it celebrated with an expanded program and a new venue — the Mermaid Theatre, close to Blackfriars Bridge. Two overriding themes emerged in what was a packed day that saw almost 50 speakers: mobile and “open.” Susan Jurevics, CEO of Pottermore, noted that in the next five years “70% of the world will be using smartphones” and that “if we don’t’ adapt to the new environment we will become irrelevant.”

She explained how the Pottermore site had shifted to a mobile-first design and a more “open” system, ditching the requirement for registration “because that’s the point where people drop off.”

Similarly, in a very different world — academic publishing — Annette Thomas CEO of Springer Nature, said that their future was all about ‘”open” too: the world of “open data.”“The power is not in proprietary; it’s in the workflow,” she said. “Open is a massive opportunity and already two-thirds of original research articles come from open access.”