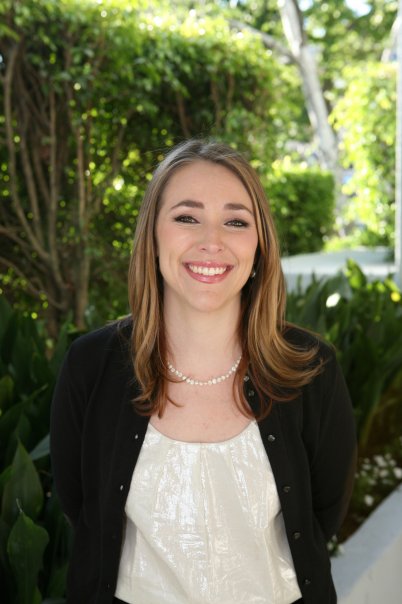 Erin L. Cox looks back at the year in publishing and highlights three significant moments that sparked conversation in the literary world. This year was a fantastic year for novels and narratives…and Fates and Furies (more on that later). Instead of providing yet another “best books” list (you can see 700 and counting on Largehearted Boy’s master list of “Best of” Lists) of my favorites for this year, I thought I’d delve into some of the weightier issues that came up this year in the literary world.

To me, probably the most significant conversation that came about in literary circles this year is surrounding the issue of freedom of speech and what that freedom actually means to writers, to publishers, to readers, and to the free exchange of thought that does not — but should exist — throughout the world.

Though many journalists and writers are imprisoned and even killed every year, the January attack on the French satirical paper Charlie Hebdo which murdered 12 people, galvanized the world to this fact and drew worldwide support. The phrase “Je Suis Charlie” was emblazoned on everything from t-shirts to Facebook profile pictures and the discussion about the importance of defending free speech, including provocative satire, came to the forefront of the news and literary discussion. In the US, the PEN American Center, an organization devoted to protecting the freedom of expression, announced it would honor the slain Charlie Hebdo cartoonists with the PEN/Toni and James C. Goodale Free Expression Courage Award at their annual PEN Literary Gala.  The gala, described by Adam Gopnik in The New Yorker, is an event where “writers are there to stand up for some other writers who can’t be there because some bad guy has locked them up for writing something that the bad guy didn’t like. The principle involved is that the free expression of ideas, including insulting ideas, is part of what writing is. If people aren’t free to insult authority in some distant country, then we aren’t entirely free here. This does seem like a good principle to banquet upon.”

Surprisingly, 6 of the 60 writers slated to serve as hosts at the gala chose not to attend. Most notable and vocal was Francine Prose, novelist and former President of the PEN American Center. She stated her decision in a piece in The Guardian: “The bestowing of an award suggests to me a certain respect and admiration for the work that has been done [by the the slain], and for the value of that work and though I admire the courage with which Charlie Hebdo has insisted on its right to provoke and challenge the doctrinaire, I don’t feel that their work has the importance – the necessity – that would deserve such an honor.”

A debate followed in the media, one lead by some of our brightest literary stars about what the freedom of expression really means and how and when it should be celebrated. Though their story was much in the news (and again after the recent Paris attacks), the cartoonists for Charlie Hebdo were not the only journalists to die this year in their search for the truth. No matter how you feel about the relevance of awards, the fight for freedom of expression and speech and truth around the world should remain strong. So too should the debate around and fight for racial equality, something which has reached a crescendo in the last few years. In 2012, following the verdict in the Trayvon Martin case, the tone of the conversation on race seemed to change and remained at the forefront of our minds. Movements like #BlackLivesMatter emerged and the media began to report more and more cases of violence and, often, police brutality against black men and women. And though the actual rate of violence and death might not have changed, our collective awareness did. With the media attention emphasizing the deaths of Michael Brown, Freddie Gray, and Eric Garner, to name just a few, we saw people of all races come forth to speak, to protest, to call for some kind of change, and to share their own stories—some of fear, some of frustration, some of hope.

It was into this climate that Atlantic national correspondent Ta-Nehisi Coates published his second memoir, Between the World and Me. The memoir was inspired by James Baldwin’s 1963 book, The Fire Next Time, which discusses the central role of race in America at a time when there was much civil unrest. Written as a series of letters to his son, Coates explores America’s racial history while also sharing his own experiences coming of age and understanding his place in the world.

The book went on to become a bestseller and recently won the National Book Award for Nonfiction. As Coates said in his National Book Award acceptance speech, his decision to write the book was “the death, the murder, the killing of my friend Prince Carmen Jones,” who died at the hands of an undercover narcotics officer in Fairfax, Virginia.

The book struck a chord and broke wide the conversation on race in America. On The Atlantic’s web site, Coates asked his readers to share personal stories about their experiences with “racism and the physical consequences.” The stories are often heartbreaking, but the issue can no longer be something we collectively turn away from or ignore. …on a Lighter Note

On a much lighter note, literary fiction and nonfiction won some powerful fans and supporters this year! Stephen Colbert, who always had literary writers on his show “The Colbert Report,” moved to network television with “The Late Show with Stephen Colbert” and continued his tradition of bookish interviews. Add to that, “Late Night with Seth Meyers” which has staked its claim as one of the more brainy late-night shows, mixing sketch comedy and humor segments with interviews with literary novelists and New Yorker cartoon tableaus. The Wall Street Journal noted, “With Mr. Meyers behind the desk, the show has morphed into something of an intellectual salon, with authors and biting political commentary as well as celebrities.”

But, Colbert and Meyers aside, one writer had the most powerful fan in the world. Novelist Lauren Groff may not have won the National Book Award, but she might have received the best holiday present ever when People Magazine announced that President Barack Obama’s favorite book of 2015 was her novel Fates and Furies.As the Bustle headline read, “…Lauren Groff Dies and Goes to Heaven.” And, so she should.

As always, 2015 was a year of highs and lows, but it was definitely one that provoked dialogue on many fronts and inspired great writing from new voices and those we’ve trusted for a long time. Here’s to 2016 being even more exciting.