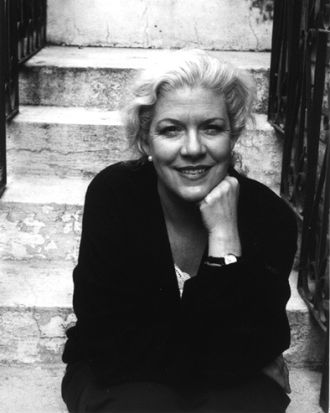 The new president of PEN International, Jennifer Clement, discusses the organization’s mission to support human rights and its outlook for the future. This year the annual PEN International congress, the 81st in a row, was held in Québec under the motto “translation=creation=freedom.” The delegates, coming from more than 150 PEN centers around the world, supported The Quebec Declaration on Literary Translation and Translators. During the congress, the Mexican-American writer, Jennifer Clement, was elected as the first female president of PEN International, as John Ralston Saul stepped down. Her most recent novel, Prayers For the Stolen, has been widely acclaimed. We asked about her vision for PEN over her six year term entails.

Publishing Perspectives: What were your thoughts and feelings, after the vote was announced?

In PEN, and I have been a member for over twenty-two years, one is constantly meeting writers who have been silenced and jailed for defending their languages or free speech. One is always witness to great courage. So, when the vote was announced, I was honored because the people who voted are exceptional. PP: Your writing career has been long and successful. Please, tell us more about your literary path.

JC: In my house, books were revered. I was always surprised to go to homes that didn’t have any books. I can still remember the first time I read to myself in silence. The words in my mind revealed my interior world. I wrote my first poems at the age of six or seven. My father used to type them up and keep them all together in a little book.

I also remember the impact of reading children’s books like the Grimm fairy tales or The Little Prince and later, in young adolescence, books like Jane Eyre or Wuthering Heights. These works made me understand that I could even write about cruelty and the consequences of cruelty.

In terms of my literary path, I search of poetry when I write. This is always my primary intention. It was a surprise for me to learn that I could also write a plot and create characters. There is a moment, when I am writing a novel, where I fall in love with everyone in my book and I only want to be with them – even the bad guys. Then I know that the book is alive and working.

PP: Do you believe in the power of story? Do you think literature can change the world?

J.C.: Yes. There are so many cases where literature has accomplished both changes in laws or public perception of problems. Great examples of this include Charles Dickens’ Oliver Twist, which changed child labor laws. The works by Jane Austen and Charlotte Brontë shed a brutal light on the way in which women suffered since they could not own property. The books by Emile Zola and Victor Hugo changed ideas on poverty and the mistreatment of miners. Joyce’s Ulysses allowed us to see the everyday man as a hero. Novels have always been a place of protest.

Characters in novels are my friends, family members and enemies. The stories are also as real to me as true journalistic stories or even events in my own life.

I’ve even managed to pass this on to my children. Once, after spending some time with an unfortunate relative, my daughter said to me, “Oh mama, it was terrible. I felt just like Elizabeth!” We both knew, of course, that she was referring to Elizabeth Bennet.

PP: You speak three languages, English, Spanish, and French. In which language do you write poetry, in which novels or other prose?

JC: I mostly write everything in English, but I have written journalistic pieces and poems in Spanish. I oversee all translations of my work into Spanish. The reason for this is that I went to a strict British school. In Mexico, the education system is poor. The British school was one of the best places to go and, in those days, everything was taught only in English. The novelists DBC Pierre and Aline Davidoff (President of PEN Mexico) also went to this school, as did the children of Gabriel Garcia Marquez and the actor Gael Garcia. One good thing is the laws have changed and all schools have to offer a bilingual education.

PP: In your statement to the assembly, you said, “As a writer and activist I have advocated for those silenced by gender, race and class. Global gender censorship is escalating. It is time for PEN to lead in this area in a more visible way.” What are your plans in this regard?”

JC: Gender censorship is a huge part of loss of freedom expression. How many great novels and poems are missing? How many ground-breaking ideas and discoveries? I know there are whole libraries that don’t exist because of gender censorship and PEN must lead. Our Charter does not include gender in its call for a just and peaceful way of living. The Charter states: PEN members must do their utmost to dispel race, class and national hatreds. This should change. With millions of girls silenced all over the world, PEN must stand and say no more. No more.

Every time I see a photograph of a child bride I wonder how many poems are inside of her that we will never hear.

PP: As president of PEN Mexico, you faced many challenges. Can you tell us more about your work for PEN in the past?

JC: As president of PEN Mexico, I had to focus on the killing of journalists — what I came to call “censorship by bullet” and also the consequence of fear, which produces self-censorship. My primary focus was to try and make the killing of a journalist a federal crime. The killing of a journalist was a state crime when I came into office and PEN, along with other human rights organizations, was able to create enough pressure to change this law. This change is very important due to the involvement of local state governments with the drug cartels and mafias. In effect, what often happened was that the perpetrator of the crime was investigating the crime.

In Mexico there’s not a single person in jail for having killed any of the almost one hundred journalists killed and missing in the past twelve years. There are vast areas of the country where there’s no reporting at all and we have no idea what is happening. If a country does not have a free press it cannot have a democracy.

My recent novel Prayers for the Stolen is on stealing of girls into sex slavery. The ten years of research for this work was difficult. However, nothing was more harrowing then the work I did as President of PEN Mexico. Corrupt governments and criminal mafias don’t care about grieving mothers and lost girls but they are threatened by journalists.

PP: PEN International has seen a major restructuring in the last few years. What is your opinion of this and other changes?

JC: I hope my presidency will bring a change in the charter to include gender, accompanied by a gender manifesto on censorship and gender that I hope would include LGBTQ rights. We may need to think of a new term for LGBTQ, as this acronym is nonsensical to anyone who does not speak English.

We also need to focus on re-establishing new centers in difficult regions of the world such as Israel and Pakistan.

There are also four major committees in PEN: the women’s committee, which I hope will lead on gender censorship issues in a new way; the Writer’s for Peace Committee led this year on the call for greater protection of refugees in Europe.

The most active committee in PEN is the Writer’s in Prison Committee, which historically has been the core of PEN’s work. The time may have come to call it the Writers in Prison and Risk Committee. We have state and non-state actors exercising all kinds of censorship and so the risks have also changed for writers and journalists. Here I am thinking of cases such as Charlie Hebdo, the Bloggers from Bangladesh and fatwas, for example. In Mexico we don’t have writers in prisons we have writers in graves.

The fourth committee is the Translation and Linguistic Rights committee. This year, in Quebec, the assembly passed the Quebec Declaration on Literary Translation and Translators. As a translator myself, it was wonderful to be present for this.”

PP: Of course, one of the issues is also financial management of such a diverse organization. Which are the major sources of income? On what are these funds spent?

JC: PEN International supports itself through membership dues and grants. We have recently established the Writer’s Circle and Publisher’s Circle, which can be joined for a fee. PEN always needs to raise money as funds are needed to support writers who are in crisis and to back literature programs.

PP: How can the publishing community support PEN and why should they?

JC: The publishing community needs to support PEN because PEN is an organization of writers who work and often risk their lives for freedom of expression. Publishing houses and, consequently, homes, libraries and schools are filled with books that never would have existed without PEN.

PP: What is your wish for writers in the future?

JC: My greatest wish is that there never again be a death as punishment for words.

Tanja Tuma, is a writer and served as secretary of Slovene PEN.