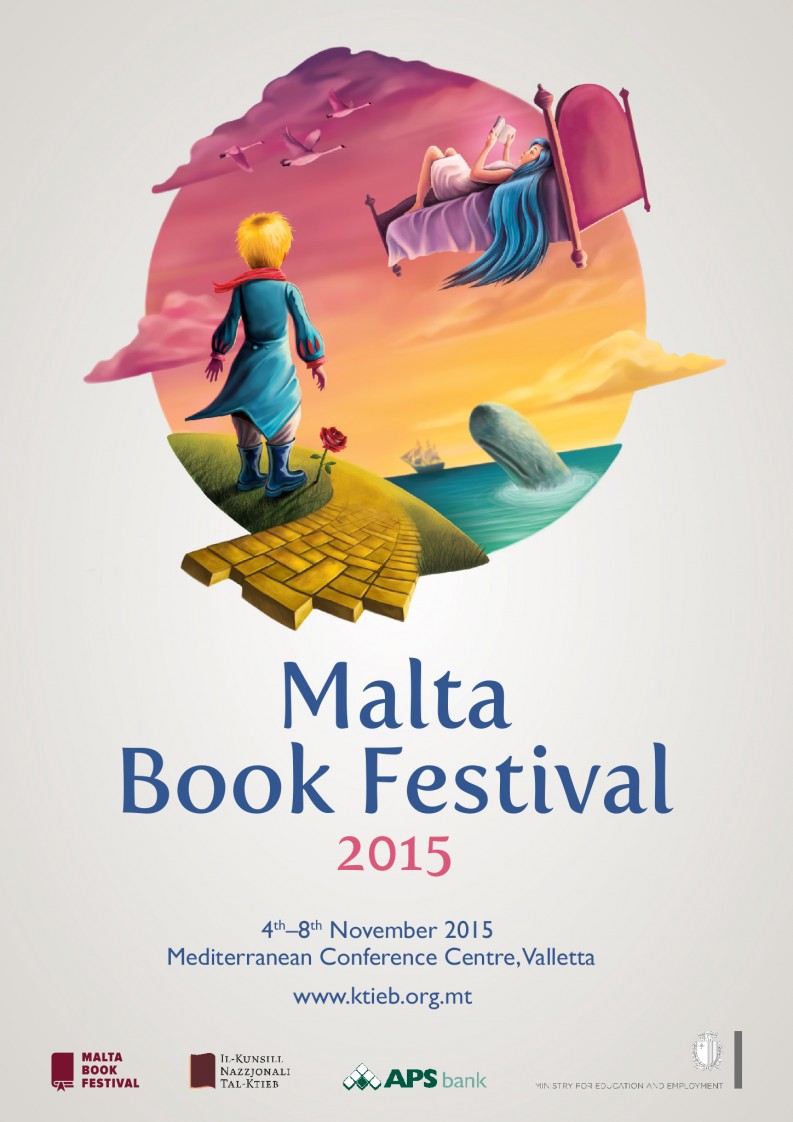 Sun-soaked Malta, lying halfway between Africa’s northern coast and Europe, is a country uniquely rich in Moorish and Romantic influences. That makes the Maltese language a little hard to pin down on first hearing it, being a mix of old Sicilian and Arabic offset with the occasional word in English – Malta’s second official tongue. Immanuel Mifsud, winner of the 2011 EU Prize for Literature and a native of the island republic, believes this mix is reflective of the Maltese people’s independent spirit.

“Our romantic writers of the last century saw language as a tool to define national identity. It is not just an instrument that helps us communicate. It is also a powerful political tool.”

Mifsud was speaking ahead of his interview with Romanian poet Dan Sociu at this year’s Malta Book Festival. As in previous years, the five-day event was held in Sacra Infermeria, once a hospital built by the Knights of St. John and now a convention center.

“The vast majority of authors here write in Maltese,” Mifsud adds. “It’s the language we grew up with. The ones who write in English come from English families or are immigrants.”

Despite being the more widely spoken language, less than half of the works on display at this year’s festival were written in Maltese. Organizations exhibiting titles were local bookstores and chains, distributors, children’s and literary publishers, plus a handful of governmental and non-profit entities operating in the fields of publishing and education. Some of the exhibitors came from Sicily and France, but the bulk were based in Malta. “The fair began as a remit from the National Book Council in 1979 to put Malta on the map as a bridge between Arab and European publishers,” curator Mark Camilleri explains.

“This worked initially. But over the years it developed into a big local book bazaar. Due to the fact that this style is no longer really relevant in the 21st century, we tried to update it for contemporary times. The main challenge was to preserve the commercial aspect while keeping the cultural aspect. So it was rebranded as a book festival in 2013. This is how it has remained relevant, in that it preserves the tradition of a yearly book fair.”

The festival approach now includes author signings, conferences (like the Writers for Peace session), screenings of film adaptations based on local short stories, educational award ceremonies, concerts and readings with local and foreign poets. Camilleri says it has been a challenge reworking the event into its current format, but the effort is starting to pay off.

Camilleri now chairs the National Book Council, the main body in charge of organizing the event. Maria Muscat, also from the council, agrees the new cultural format is continuing to perform well.

“Local publishers are seeing that it’s worthwhile launching books at the festival instead of just through TV guides, for example, or just releasing them to shops and retailers.”

New literary prizes are also attracting both visitors and exhibitors. The main theme this year was to launch the new Terramaxka Prize aimed at honoring locally produced literature for youth.

Chris Gruppetta from Maltese children’s publisher Merlin says the ability to present new titles is a further drawcard for publishers.

“It’s a tradition for families to come here as a pre-Christmas event. So marketing-wise, it makes sense to be present, and the main reason is the showcase factor: We came up with new stand designs to highlight our new titles to those who don’t necessarily follow every title we release. So from the bottom line, and both in terms of feedback and browsing time, I have been happy with the results this year.”

Such publisher engagement has also been one of the key factors for the event’s turnaround, Camilleri says.

“There is a lot of activity now. Publishers are making great efforts. These different things are happening at the same time, creating a real revival in the book market.”

That revival is not only only helping bring authors, poets and their works from other European countries to Malta, it’s also taking local voices like Mifsud’s to new international audiences thanks to the council’s involvement at events like the London Book Fair. And with Malta’s unique geographical position and diverse cultural heritage, such authors have all the credentials to provide a welcome insight into the migration issues facing Europe at this time.

Jerome Goerke (@wiverndigital) BA, MBA, is a journalist and consultant specializing in transmedia storytelling. He is Director ofWivern Digital – a pioneering storytelling and animated production house – and the creator of the Addison’s Tales animated musical storyworld.