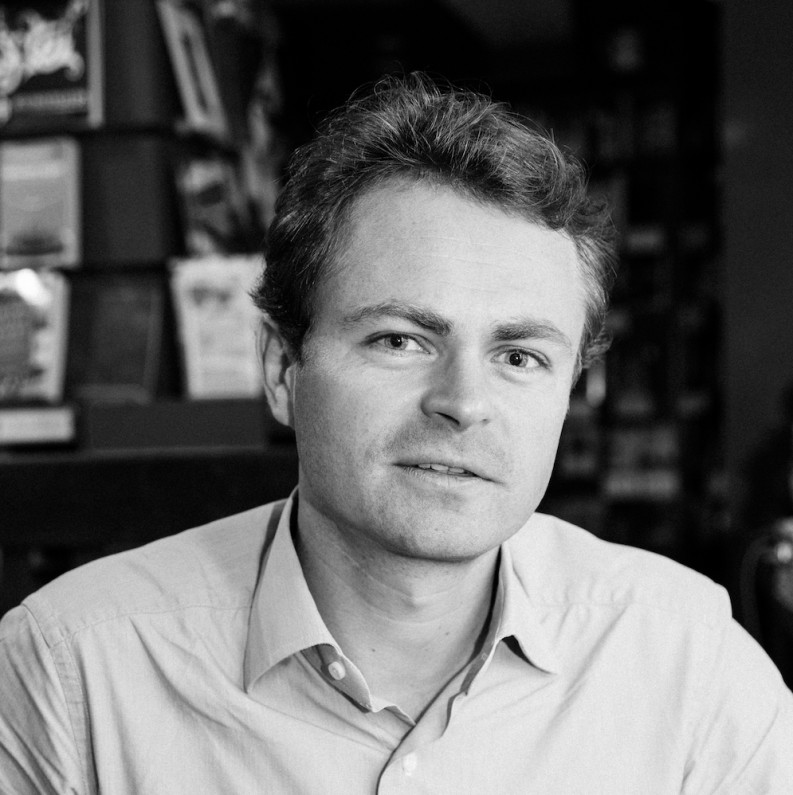 StoryTerrace’s Rutger Bruining discusses his crowdfunding platform that enables families to commission a ghostwritten biography of a loved one.

A new “story making” platform aimed at those wishing to “crowd”-create a biography of a friend, family member, work colleague or loved one, has just been launched by the London-based start-up StoryTerrace. Entitled StoryStarter it bills itself as “the world’s first social group gifting platform that brings friends and family together to create and fund a ghostwritten biography.” It is yet another example of the new publishing opportunities presented by the digital age. StoryTerrace’s founder, the former management consultant and investor Rutger Bruining, explains: “StoryStarter makes it easy to invite friends and family to create and collaboratively crowdfund a ghostwritten biography for a loved one. The packages are the same as what we offer for StoryTerrace — however, we realized that some of our customers wanted to collaborate when buying one of our StoryBook packages as a gift. We launched StoryStarter to make it really easy to organize this process, not only to help fund a meaningful group gift but also to share memories, stories and photographs for an occasion like a birthday, retirement or wedding. It’s really important for us to capture all the unique moments in our shared history, otherwise a generation of stories could be lost.”

The company describes its new platform as a hybrid of Kickstarter, Unbound and GiftStarter, and says it combines group gifting with crowdsourced content. It has around 180 freelance writers on its files, based in the UK, the USA and the Netherlands, some of whom are published authors — with Simon & Schuster and PanMacmillan, for example – and others are journalists and professional ghostwriters. It prides itself on matching the right author to the right project and currently has 40 projects in train.

Born in Rotterdam in 1978, Bruining was raised in the Netherlands, but also spent extended periods in the USA, Shanghai, Buenos Aires and Barcelona before moving to the UK in 2008. He studied Business & Economics at the University of Amsterdam and holds an MBA at the Columbia Business School in New York.

The idea for StoryTerrace was inspired by his grandparents. “My grandfather told the most amazing stories. Stories about the time he was asked to join training for the national football team when the regular goalkeeper hadn’t shown up, and about the time he met my grandmother, after peeking from outside through the window of his home to check if she was ‘worthwhile.’

“It was only years later that I realized the adventures of my grandparents had never been documented in any way. I couldn’t recall the details of the stories that I had imagined so vividly back in years past. If only I had written them down! I promised myself that I wouldn’t to let this happen to me, and my stories. About a decade after I lost my grandparents, I thought I’ve finally found the solution for stopping personal stories from being lost. You had to combine elements of freelancer websites, with cloud collaboration and print-on-demand digital printing. So I launched StoryTerrace to bring the concept to life.”

That was in the Netherlands in 2014. Now, the company operates in the UK and USA, as well as the Netherlands, and has a full-time staff of seven, in addition to a vast army of freelancers.

Does he think his company would have been possible if ‘”digital” hadn’t happened? “No, without a doubt, this would not have been feasible. Firstly, it would not be possible to manage thousands of freelancers online and match them effectively based on a number of characteristics with customers. Secondly, printing a few copies of a hardcover book would have been prohibitively expensive; and thirdly, cloud collaboration allows us to efficiently work with customers, writers, editors and designers.”

Like its nearest competitor, Blurb, StoryTerrace is a direct consequence of the explosion in small-scale digital publishing and the wealth of opportunity and possibilities that has unleashed. However, given the number of often very moving stories the company now comes across, is Bruining ever tempted by conventional routes at all? Could he imagine publishing a traditional book to sell through bookshops? The answer is yes and no.

Stories for the Generations

“The mission for Story Terrace is to make sure that everyone can pass down stories through family generations so that 100 years from now there will be a way for everyone to read about their ancestors. It was never our core intention to sell books to the general public. However, having said that, we do come across many unique stories that could have a platform should our customers want to go down that route. We keep most of the stories private, as our customers would like them to be. However, if a customer wishes to publish publicly, we do also help them to do that too. In the Netherlands, we recently created a book about a former South Sudanese child soldier who graduated with honors in law and who is now building a high school for boys and girls back in his war torn country. This book is available in all major bookstores in The Netherlands. And in the UK, we are looking to publish a truly unique war memoir during the course of next year.”

Bruining watches the publishing scene closely and believes there is room for traditional publishers, self-publishers and companies such as his own that capitalize on today’s technological advances. “I also think the tension between tech and book publishing is fading. Companies like Wattpad, Unbound, Lostmy.name and Reedsy have been welcomed by traditional book-lovers while also attracting new users.

“I believe the launch of StoryStarter moves this narrative forward as it’s a completely different tool to others in the market. Most platforms are strongly financially focused – StoryStarter is not just about being asked to pay for someone’s book, it’s also about helping source stories and applying focus to make the content of the book richer. I think technology has made the whole publishing process a lot more personal and accessible to the reader – and that can only be a good thing.”