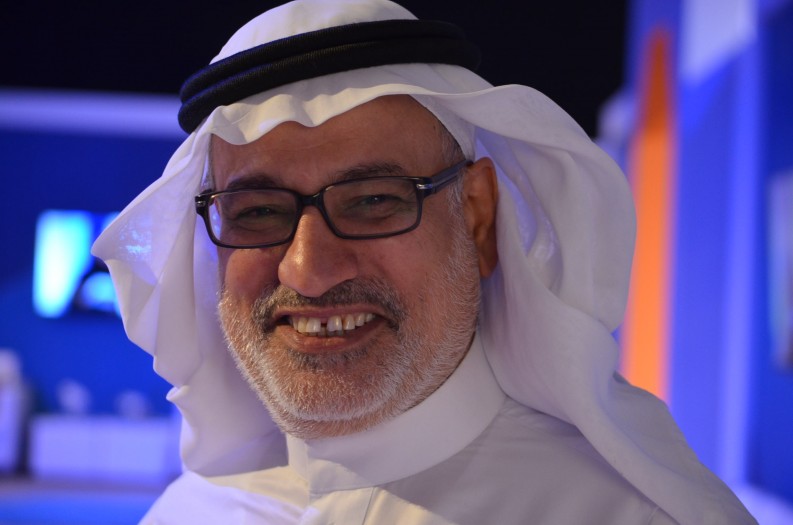 “This is an act of terrorism and we are all against terrorism in all its forms,” said Ahmed Fahed Al Hamdan, President of the Saudi Publishers Association.

Sharjah, UAE: “Bloodshed is not a solution,” said Ahmed Fahed Al Hamdan, President of the Saudi Publishers Association, commenting on the recent attacks in Bangladesh that saw the murder of publisher Faysal Arefin Dipan, head of the Jagriti Prokashoni publishing house, for publishing the work of a blogger critical of religious militancy.

He spoke to Publishing Perspectives at the edge of the Arab Publishers Conference yesterday, with Sheikha Bodour herself, daughter of His Highness, Dr Sheikh Sultan bin Mohammed al Qasimi, the Ruler of Sharjah, acting as interpreter. “Respect is very important. People should respect all religions. Everyone is entitled to their opinion. This is an act of terrorism and we are all against terrorism in all its forms.”

Sheikha Bodour said: “Evolution and progress of societies throughout history take place only when opposing views accept to co-exist together in peace and harmony.  What happened in Bangladesh is unacceptable and extremely unfortunate.  Violence only breeds violence, and therefore it is never the answer.  These killings underline the urgency to protect publishers’ rights to express their opinions and contribute to their societies.  Governments and societies have to assume their responsibilities in fostering a culture of accommodation and understanding.  Tolerance must prevail for us to move beyond our differences, and this is a time where voices of reason must be heard, and a peaceful and respectful dialogue must begin.”

Saudi Arabia has caused some comment this week, following its membership of the International Publishers Association, which has led some people to expect all kinds of action. But Sheikha Bodour said that “gentle nudges” were more effective. “I think at the moment, people are expecting a lot of things to happen, but change takes time. What we are so glad about is to have everyone here at this conference and to discuss issues like freedom to publish so openly.”

Sheikha Bodour is also patron and founder of the Emirates Publishers Association which held an important meeting with the Emirates Writers Union and the Emirates Intellectual Property Association on Monday. “We are planning to establish the UAE’s first Reproduction Rights Organization, which will benefit the country and the region. It will allow authors to get paid when their work is photocopied in a library, for example, and this is an initiative that we we have been working on for five years. We also had a meeting with the National Media Council about ways to speed up the book approval process.”