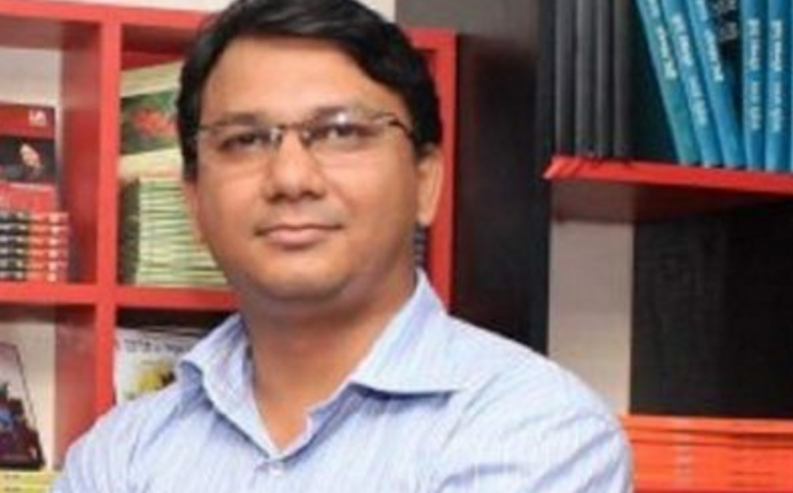 Bangladeshi publisher Faysal Arefin Dipan was hacked to death in a string of attacks on secular writers and publishers in Dhaka. Al Jazeera reports that the publisher of a murdered “online critic of religious militancy” was hacked to death in the Bangladesh capital of Dhaka on Saturday, just hours after police reported similar attacks on two secular writers and another publisher.

Faysal Arefin Dipan was the head of the Jagriti Prokashoni publishing house, and published books by Avijit Roy, a U.S. citizen of Bangladeshi background, who was killed in the same manner in February. The Guardian reported that Roy’s books included: Caravan of Darkness Walking With Light in Hand (2005), In Search of Life and Intelligence in the Universe (2007), The Virus of Faith (2008), Homosexuality: A Scientific and Socio-psychological Investigation (2010) and The Philosophy of Disbelief (2011).

Arefin’s body was found inside his office. His father, noted intellectual and writer Abul Kashem Fazlul Haq said, “I rushed to his office at Aziz Market and broke the padlock. And I found him lying upside down in a massive pool of blood. They slaughtered his neck. He is dead.”

Jamaluddin Mir, a police officer, told Al Jazeera that at least seven other people were trapped inside the office when the attack was carried out.

“The criminals introduced themselves as customers who were buying books, and entered the publishing house.”

Abbas Faiz, Bangladesh Researcher at Amnesty International said, “The situation is becoming increasingly dangerous for those brave enough to speak their own minds. The latest heinous criminal attacks are a deliberate assault against freedom of expression in the country.

“Given the horrific pattern of violence, we have reason to believe many other lives are now at risk.”

Earlier on that same day, Ahmed Rahim Tutul — another of Roy’s publishers, along with two other writers, were shot and stabbed by three men in the offices of the Shudhdhowswar publishing house.

All three victims, including writers Ranadeep Basu and Tariq Rahim were hospitalized — Tutal in critical condition.

Another militant group, Ansar al-Islam, the Bangladesh division of Al-Qaida in the Indian Subcontinent, issued a statement claiming responsibility for the attacks on publishers Faisal Arefin Deepan and Ahmed Rahim Tutul, according to the SITE Intelligence Group, which monitors jihadist online postings. The claim of responsibility could not be independently verified

Ansar al-Islam accused the “secular and atheist publishers” of putting out books by blasphemers that dishonored the Prophet Muhammad, and threatened more attacks.