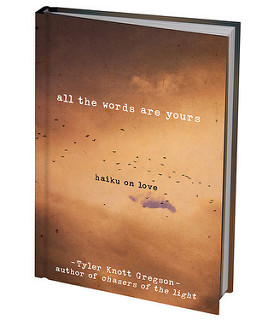 Several poets have transitioned from Tumblr to the bestseller lists, selling hundreds of thousand of books in the process. Poetry, as everyone well knows, doesn’t sell. But, at the New York Times, Alexandra Alter looked at a new and fascinating phenomenon: poets moving from Tumblr and on to the bestseller lists, selling hundreds of thousand of books in the process.

Take the case of Tyler Knott Gregson. Seven years ago, he was working as a freelance copywriter. But now with 560,000 followers on Instagram and Tumblr, he has become, in Alter’s inspired words, “the literary equivalent of a unicorn: a best-selling celebrity poet.”

As Alter writes, “Mr. Gregson belongs to a new generation of young, digitally astute poets, whose loyal online followings have helped to catapult them onto the best-seller lists, where poetry books are scarce. These amateur poets are not winning literary awards, and most have never been to a graduate writing workshop.”

Consider this: Gregson’s first published book of poetry, Chasers of the Light, has more than 120,000 copies in print. His new book, All the Words are Yours, has a first printing of 100,000 copies. And then consider this: Louise Gluck’s extraordinary Faithful and Virtuous Night, last year’s winner of the National Book Award for poetry, has sold roughly 20,000 copies.

“Many of [Gregson’s] haiku are brief meditations on love and longing that have already racked up thousand of comments online. ‘I want my days filled/and my nights saturated/with the sound of you,’ reads one poem which received 8,770 notes on Tumblr. The collection recently hit No. 3 on Nielsen’s top 10 best-selling poetry titles, ahead of Dante, Homer, Seamus Heaney and Khalil Gibran.”

In fact, Gregson is not alone on the list. Out of the 10 best selling poetry books in the U.S., three are by poets who built followings on social media, including Milk and Honey by Rupi Kaur and Memories by Lang Leav.

The New Zealand–based Leav, whose poems took off the moment she began posting them on Tumbler in 2012, told Alter, “I don’t know what possessed me to post it online, since a lot of it’s quite personal. But it really resonated, and people started sharing it on social media.”

Her nearly one million (yes, one million) followers demanded a print collection. So she offered them the self-published Love and Misadventure which, in its first month, sold 10,000 copies. Next came the inevitable agent, followed by an offer from Andrews McMeel, which has published three of her books, which have sold more than 300,000 copies.

Is this the new way to go? Like budding restaurateurs who open up a food truck to test the waters before going brick and mortar, are Tumblr and Instagram postings the route to publishing success?

Don Share, the editor of Poetry Magazine, told the Times it might just be. “You’re no longer dependent on the gatekeepers. It’s a great podium for poets who otherwise might seem to the mainstream culture to be marginalized.”