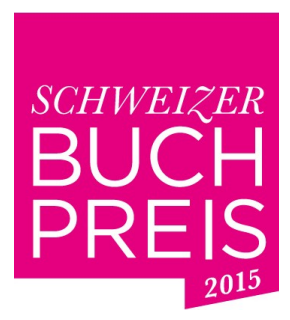 Monique Schwitter wins with “One in the Other” the Swiss Book Prize and receives 30,000 Swiss francs in prize winnings. For eight years, Literatur Basel and the Swiss Book Sellers and Publishers Association have awarded the Swiss Book Prize to Swiss authors writing in German. This year, 90 titles from 51 Swiss, German and Austrian publishers were submitted for the prize, and five books were selected for the shortlist.

The jury, consisting of Urs Bugmann (literary critic), Corina Caduff (lecturer at the Zürcher Hochschule der Künste), Susanne Jäggi (bookseller), Susanna Petrin (cultural editor at the newspaper BZ Basel) and Heinrich Vogler (literary editor at TV station SRF) chose Monique Schwitter as this year’s winner for her book, One in the Other, “multi-faceted portrayal of a love story — powerful, humorous and thoughtful.”

About this book from the publisher:

One in the Other by Monique Schwitter
(Published as Eins im Anderen by Droschl on August 7, 2015; 232 pages)

What is love? Why does it simply come and go? Where does love go when it goes? And what is happening to love right now? The protagonist in Monique Schwitter’s new novel is researching love: she writes down her own love history with 12 men, who have much more in common than just the names of the Apostles. Writing down her story, she gives these men nearly mythical proportions and tells about love, life and history. The longer she keeps on writing, the more her current love situation becomes the center of the story, and eventually starts taking over.

This title has also been shortlisted for the German Book Prize 2015.

For further information on this title, please contact the Droschl Foreign Rights Department.