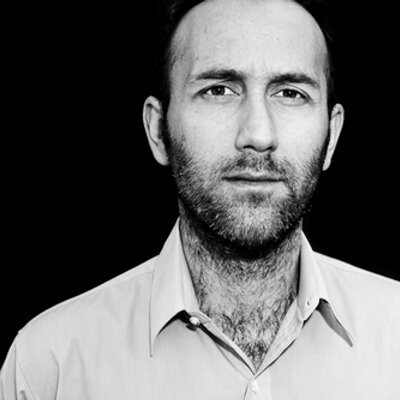 Asymptote features a wide-ranging interview with K.E. Semmel, who translates from the Danish. K.E. Semmel translates from the Danish

At Asymptote, Øgaard Jensen sat down for an interview with translator K.E. Semmel.
Semmel, a translator from the Danish and a 2016 NEA Literary Translation Fellow, has translated books by Naja Marie Adit, Karin Fossum, Erik Valeur, Jussi Adler Olden, Simon Fruelund, and, coming in the winter of 2016, Jesper Bugge Kold.

Describe your current/most recent project. Why is it cool? What should we know about it?

“But following the immense and greatly deserved critical acclaim of Aidt’s first book in English, Baboon (Two Lines Press), fantastically translated by Denise Newman, American readers have begun to learn about Aidt. She has written more than twenty books of poetry and fiction and is one of Denmark’s leading contemporary writers. It’s easy to see why. Her writing is intense and urgent, often illuminating humanity’s darkest nature, and there’s this great Nabokovian depth to it. Simply put: she’s amazing. I can only hope that more of her work begins to appear soon on these shores. Susanna Nied has translated one of her poetry collections, and they’re shopping it around for a publisher. I hope they find one soon.”

“What is the best translated book you’ve read recently?”

“The Unit by Swedish novelist (and translator) Ninni Holmqvist, which I listened to as an audiobook. Translator Marlaine Delargy really brings Holmqvist’s dystopian novel to life in English … set in the near future, the novel deserves a wide readership along the lines of Orwell’s 1984 or Huxley’s Brave New World. Like those books, it asks important questions for our times. The writing is spare and clean and measured, and the tone is just right.

“I would love to read more literature-in-translation from different parts of the world, particularly in regions greatly under-represented in English—Africa, Asia, the middle east. Some very powerful fiction will inevitably emerge from war-torn, impoverished places, and those I will keep my eye on. The 21st century will have its share of issues to deal with, and fiction writers will be the chroniclers of their times. This includes American writers, of course, since we have plenty of issues at home to write about.”

“What’s your pet peeve about the translation/literary industry?”

“This is a difficult question. In some ways, I find the literary translation industry a very exciting one. I don’t know what it was like ten years ago, or twenty, but there seems to be a strong market for literary translation. It may not be a lucrative market per se — what literary market is?—but it’s there, and publishers are interested in translated books. From my perspective, I would love to have more time to translate each book. The amount of time you get varies from book to book, publisher to publisher. It would be ideal for a translator to get enough time to finish a translation and put the book aside for a couple months to return to it with fresh eyes. But that’s rare, in my experience.

“Probably the biggest pet peeve I have, though, is related to reader responses of translated texts. I’ve had people ask me what I think of Stieg Larsson’s books in translation. I’ve not read those books, in either language, but invariably I’m told that they’re not well translated. They’re bumpy. Or clumsy. Or whatever. I don’t quite know what to say to that other than, ‘Can you read Swedish?’ It’s true that a smoothly flowing text will make you forget a book is translated, but the book may not have been so fluid in the original. It might’ve been bumpy or clumsy or whatever. The translator might have, in other words, chosen to hew closely to the original. Maybe the books weren’t well written in Swedish? I have no idea. But the general assumption often seems to be—when readers dislike something—that the translator is at fault, and I find this troubling. The translator is often ignored if it’s a great book, and pilloried if it’s a “bad” book. How many times do you see, say, quotes by Tolstoy or some other famous, oft-cited foreign author without any attribution of the translator’s role in the quote? Too many.

“Like any other translator, I just want readers to recognize that we play this vital role in the importation of texts into their language. I don’t read any other languages besides Norwegian and Danish and, occasionally, German, so I’m immensely grateful to the many translators — and, frankly, literary journal editors like those at Asymptote — who labor in relative obscurity to bring me books, stories, poetry, and essays from everywhere else. Without translators would there be such a thing as world literature?”