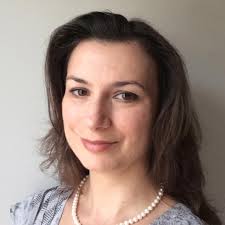 Trade journal Quill and Quire conducted a round-table discussion to ask: “Are we in a golden age of Canadian picture books?” At Quill and Quire, Dory Cerny sat down with a panel of experts on children’s literature – librarians, authors, and reviewers – to weigh on this question: “Are we in a golden age of Canadian picture books?”

Here’s a taste of their discussion:Helen Kubiw is the blogger behind CanLit for LittleCanadians, a teacher-librarian, former chair of the Ontario Library Association’s Forest of Reading, and current YA authors’ co-ordinator for the Eden Mills Writers’ Festival.

“Kubiw: I believe that we always had incredible picture books as part of CanLit. We can go back decades and find awards giving the nod to exceptional illustrators and illustrated books, such as those of William Kurelek (A Prairie Boy’s Summer), which are essentially great works of art with wonderful stories. And there have been tough stories put into picture books, even though the art may seem whimsical, like Marsha Forchuk Skrypuch’s Enough, an allegory of Stalin’s Holodomor (man-made famine), illustrated by Michael Martchenko.But the quality and unique artwork that is now evident is astounding. Elly MacKay with her 3-D stagings, Sydney Smith, Isabelle Malenfant, and Jon Klassen – I could go on and on. And now it’s more than just watercolour and ink, or pencil and crayon. The mixed-media art of François Thisdale in the award-winning The Stamp Collector (written by Jennifer Lanthier) points to a more sophisticated form of illustration.”

“Ellis: In the early days, our picture books were also edgy, innovative, and beautiful. They stretched the idea of the audience, and this tradition continued. I think of something like Gillian Johnson’s Saranohair, an entirely quirky, two-colour, sophisticated mock-Victorian adventure ahead of its time. Or Thomas King’s A Coyote Columbus Story (illustrated by Kent Monkman), which is still, I think, the boldest picture book ever published in Canada. Our picture books during this period were so artistic that an American colleague once said to me, “Don’t you Canadians have any junky books at all?” The truth was, we just didn’t have any mass-market series. Then we did. The popularity and success of something like Franklin may have given the impression that Canadian picture books had become safer, more market-oriented, and more staid. But I think it is just that we had two different things going on. There was Franklin in the Dark and there was Stormy Night, which is like the difference between chalk and cheese. I’m not saying that Franklin is junk. It is very good chalk. It’s just not cheese.”

Shannon Ozirny is the head of youth services at the West Vancouver Memorial Library and reviews regularly for Q&Q and The Globe and Mail. She has been a jury member for the B.C. Book Prize, and sat on committees for the Canadian Children’s Book Centre’s Best Books for Kids and the American Library Association’s Odyssey Award.

“Ozirny: When I think about a ‘golden age’ I think of both quality and quantity. I think we have definitely had the quality in past decades, but it seems like there is a real explosion of talent happening. When I’m refilling the picture-book displays, my hunt for Canadian titles doesn’t last as long as it did even six or seven years ago.I have also noticed that Canadian picture-book creators are starting to get some real name recognition with kids. There has always been Robert Munsch, but kids now come in and ask for Jon Klassen, Ashley Spires, Mélanie Watt, and Jeremy Tankard, which is tremendously exciting. I have a sense that some of this is due to the entire publishing team, not just the author-illustrator. I feel that things about the ‘whole book’ have really improved – cover design, paper quality, etc. Tundra, for instance, has been blowing me away recently with new talent like artist Cale Atkinson.

“Kubiw: I have to agree with Shannon about the teams at publishers being instrumental in getting these outstanding picture books out there. There are ones like Groundwood who I know will always be willing to try something a little different.”

Kerry Clare is the editor of 49thShelf.com, and writes about books and reading on her personal blog, Pickle Me This. She also edited the anthology The M Word: Conversations about Motherhood (Goose Lane Editions).

“Clare: The ‘whole book’ point seems key to me. Gorgeous endpapers, full-colour throughout, illustrators who are unabashedly artful – Klassen, Flett, Julie Morstad – and who are often author-illustrators, thereby having the illustrations be of foremost importance to the book’s concept, rather than a secondary element. So yes, I certainly think we’re in a golden age. Authors’ willingness to take on big and sometimes intangible concepts is also a part of this.I wonder, though, if it is these books’ adult appeal we are celebrating. Would young readers concur? It would not negate the golden age if they didn’t; it is up to grown-up readers to determine literary goodness, I think. Children aren’t always so discerning. I know I wasn’t.

“Ozirny: I like Kerry’s golden age definition: both adult appeal and kid popularity. I think that’s the sweet spot we are in right now.”

To read more (which you definitely should) and get their takes on topics ranging from aboriginal kids books, the line between children’s and adult’s books, the influence of America on Canadian publishing, realism, what is “Candianness?,” pushing the envelope and much more, click here.