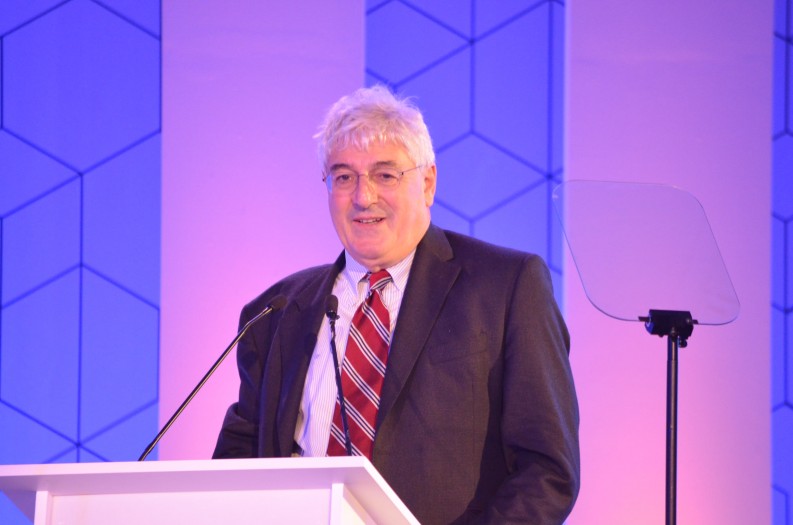 Bloomsbury chief Richard Charkin, the President of the IPA, spoke to the Arab Publishers Association, encouraging support for copyright and the freedom.

The freedom to publish, the recent attacks on publishers in Bangladesh and the entrance of giant technology firms from outside the industry were among issues raised by Richard Charkin, President of the International Publishers Association IPA) at the third Arab Publishers Conference in Sharjah this week.

Alluding to the controversy over Saudi Arabia receiving full member status at Frankfurt, he noted that the IPA and its Arab equivalent already share a number of members. “I was pleased to welcome the publishers associations of both Saudi Arabia and Tunisia as full members and Jordan as a new provisional member. I hope there will be many more in the future.”

He continued: “Our statutes require members to support the two fundamental pillars of our organization – support for copyright and support for freedom to publish. The former is vital. Without copyright we and our authors will have no businesses and readers will have little or no choice of what to read … The second pillar is equally important but trickier. Different cultures operate in different ways. One person’s freedom can be interpreted as another person’s crime. The IPA is not there to judge a country’s policies, but it is there to support publishers associations in those countries where they are struggling against abuses.

“Of course these things are not black and white. We live in an age of complexity and ambiguity and some of our members believe that membership of the IPA gives unjustified legitimacy to some regimes. I disagree and was delighted that all the applications were accepted by a majority in a democratic vote. We shall, of course, be monitoring our new members to ensure they comply with our principles by means of a number of measures, but my view is that engagement gives us a chance to support our colleagues whereas non-engagement brings nothing. Fortunately, most IPA delegates agreed but we must work to show that things can change.”

Speaking more generally, he noted that publishing was facing what the Chinese call “interesting times” as it learns to cope with digital disruption and “new and powerful technology entrants whose aims and objectives are very different from those of traditional publishers.” He said there was also the threat posed by “governments of all persuasions who recognize the importance of publishing in education, culture, research and creativity but quite like to tinker with it. In addition, as evidenced by today’s ghastly news from Bangladesh, publishers are under threat of violence, worldwide.”

He believes translation to and from Arabic is far less than it should be, given that it is the fifth most spoken language in the world, and he praised the work of both the Sharjah International Book Fair itself, and initiatives from the Ruler’s daughter, Sheikha Bodour, in this regard.

“Conferences like this are vital to ensure greater understanding of each other’s issues and to offer support. Our businesses are based on commerce which their strength, and commerce, particularly international comer, is based on communication and trust.”