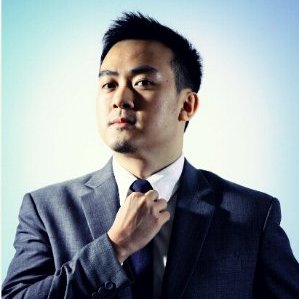 AR&Co, an augmented reality (AR) startup founded in Indonesia, is “bringing the virtual into reality” of books, starting with the Bible.

Imagine parachuting out of a plane while lying on the living room floor, or cooking a dish and seeing precisely where to cut the vegetables, or opening the fridge and at one glance knowing the calories and the sell-by dates of all your groceries, as well as the option to order more. Well, “bringing the virtual into reality” is the vision of Peter Shearer Setiawan, the Managing Director of AR&Co, an augmented reality (AR) startup founded in Indonesia with global ambitions and an office already in Silicon Valley.

Named in Fortune’s “40 under 40,” he hit the big time in 2011 when the advent of YouTube allowed him to upload all his videos for anyone searching for augmented reality.

AR is simply the real time view of a physical, real-world environment which is added to by computer-generated content and effects such as sound, video or even writing. Virtual reality (VR) is when the physical world disappears altogether.

Setiawan’s vision crosses over the thin line between them. In October he attended the Frankfurt Book Fair looking to license an augmented reality book, which tries to render the Bible into three dimensions.

When an app on a smartphone or tablet recognizes an icon on a page, it plays a rather powerful 3D video of Moses walking crossing the desert towards the mountains, set to music right out of a Hollywood epic.

“Everything is downloaded onto the device, so the augmented reality will work even where there is no Wi-Fi,” says publisher Ramon Rene, Director of Karakter and now AR & Co’s Chief Representative in Spain.

“In the end we can’t leave everything to video games,” he adds. “In the past, I felt we needed to add things to book so they can compete with other forms of entertainment and this is the idea behind the Bible.

“This generation needs interactivity – not one-way, but two-way communication – if you want to grab its attention,” Setiawan says after finishing an interview with a radio station in Barcelona while in Frankfurt. “And augmented reality, combined with other technologies like the Internet of Things and Google Glass will impact on many industries including publishing.”

Ultimately, Peter Setiawan says, there are many challenges still to overcome before augmented reality becomes a fully-fledged reality. That includes overcoming the privacy issues associated with technologies like Google Glass (which have been withdrawn to be redesigned), as well as being able to add a fourth dimension of smell, taste and touch.

However, this book is a good step towards it.