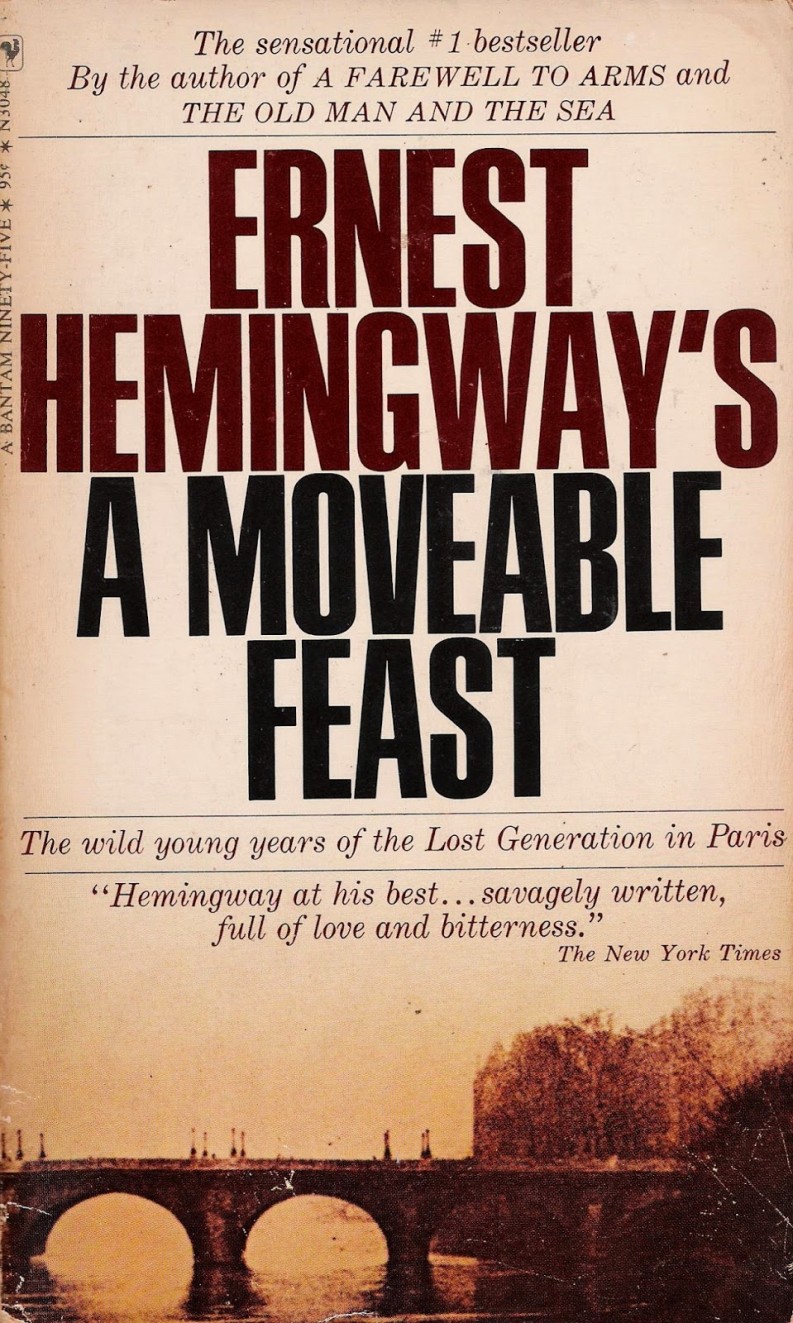 Hemingway’s celebration of Paris in the 1920s, A Moveable Feast, has hit the top of the French bestseller lists following this month’s terror attacks. “If you are lucky enough to have lived in Paris as a young man, then wherever you go for the rest of your life it stays with you, for Paris a moveable feast.”

A Moveable Feast is a classic memoir, Ernest Hemingway’s deeply romantic version of Parisian life in the 1920s. In fact, in French, the title reads as “Paris Is a Celebration.” And so perhaps it is not surprising that in the wake of last week’s terrorist attacks in Paris, as Alison Flood reports in The Guardian, the book has reached the top of the French bestseller lists.

A Moveable Feast is currently the number one bestseller at Amazon’s French site (although temporarily sold out). And, as Flood writes,

“Copies of the memoir have been left among the tributes to the 129 victims of last Friday night’s attacks, reports Le Figaro. According to the French publisher Folio, orders have risen from an average of 10-15 copies per day to reach 500.”

“There was a strong rise [on Thursday], with 1,600 books going out of our stocks. We also received many orders from groups such as Fnac and Amazon, amounting to 8,500 copies. Usually, we sell between 6,000 and 8,000 copies a year,” adding that an additional 20,000 copies are being printed, with plans in the works for a second reprint.

Sales have also been inspired by an interview “with a Parisian woman named only as Danielle.”

Flood noted that this isn’t the first time Parisians have turned to classic books after a terrorist attack. After the attack on the offices of Charlie Hebdo, Voltaire’s Treatise on Tolerance saw a surge in sales.