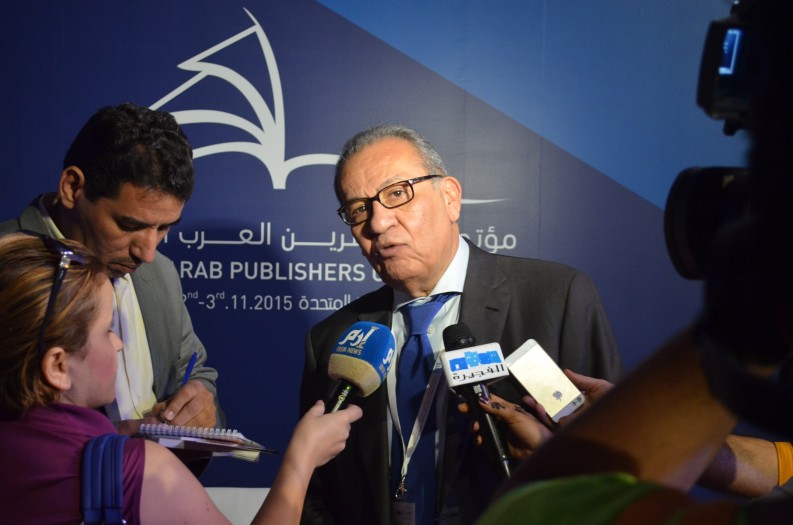 Ibrahim El Moallem talks to the press about his years in publishing.

In Sharjah this week, Ibrahim El Moallem, the founder and Chairman of Egypt’s Shorouk Group, was given a special award for his contributions to publishing.

One of Egypt’s most important publishing figures was honored at the Arab Publishers Conference in Sharjah earlier this week. Ibrahim El Moallem, the founder and Chairman of the Shorouk Group, was given a special award by His Highness, Dr Sheik Sultan bin Mohammed al Qasimi, Ruler of Sharjah, in honor of his contribution to the world of publishing.

Delegates watched a video presentation in which numerous writers paid tribute. Among them was fellow Egyptian Ahdaf Soueif who praised his “respect for intellectual property” and noted his “wise critical vision.”