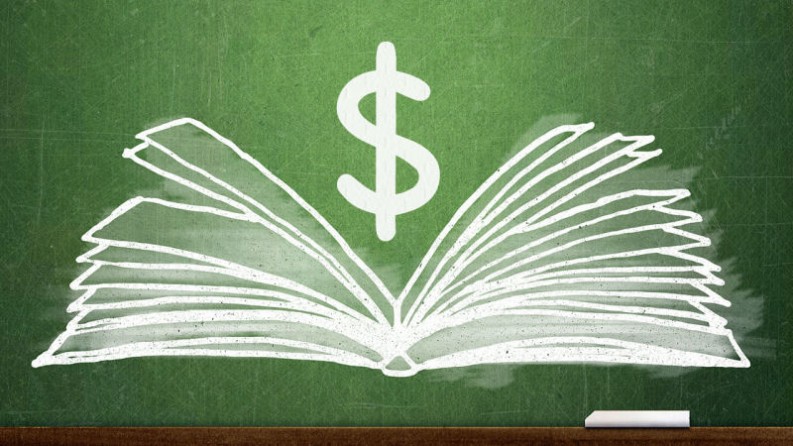 When a California State University-Fullerton professor was “reprimanded” for his refusal to use a $180 textbook, a debate ensued over textbook adoption.

Writing for Inside Higher Ed, Schott Jaschik looked at the story of an associate professor at California State University-Fullerton, who has been “reprimanded” for his refusal to use a $180 textbook.

“Alain Bourget, an associate professor of mathematics at California State University–Fullerton, appeared before a faculty grievance committee to challenge a reprimand he received for refusing to use a $180 textbook his department had determined was the only appropriate text for an introductory linear algebra and differential equations course. Instead, he used two textbooks, one of which cost about $75 and other of which consists of free online materials.”

Bourget made the case that his decision was effective from an educational standpoint (as well as far less costly for students), and so he should have the right to use the two textbooks he chose. The university argued that it made sense “for courses that have multiple sections to all use the same textbooks.” Both sides argue that their positions are “based on principles of academic freedom.”

Jaschik said that the case is “being closely watched by advocates of open educational resources (free online materials, commonly called OER) who see the dispute as a sign they need to challenge not only traditional textbooks but traditional methods of selecting textbooks.”

“This case is just one manifestation of a broader trend in academe that the marketplace often evolves faster than campus practices. Ten years ago long-term departmental adoptions were considered good for affordability since it allows a strong local used-book market to develop. Now it can work against students by perpetuating the traditional publishing industry’s stranglehold on the market, which keeps new innovations like OER out.”

The book under discussion, Differential Equations and Linear Algebra, was published by Pearson with a list price of $202.20, but was available at the Fullerton bookstore for $180 (with used editions going for less). The authors, Stephen W. Goode and Scott A. Annin, are, respectively, the chair and vice chair of Fullerton’s mathematics department.

Now in its third edition, Pearson is getting ready to publish a fourth edition. Goode, when asked about the book, responded via email that he had been asked to “suspend communication” regarding the book until the issue had been resolved.

Responding to the potential issue of impropriety, the school has issued a statement, listing other schools (Bard College, Denison, Lehigh, and NYU as well as others) that also assign the book. In addition, the statement noted that “when the department considered and declined to deviate from the norm of assigning Goode and Annin’s textbook, the authors did not participate in the decision.”

David Wiley, who runs the Open Education Group at Brigham Young University and is co-founder and chief academic officer of Lumen Learning, which works with schools and colleges on using OER, told Jaschik via email:

“I understand and appreciate the benefits that come from adopting a common textbook across multiple sections of the same course. However, when faculty identify a textbook of equal quality that is significantly less expensive than the textbook currently in use, that creates an ethical imperative for department leaders to revisit their previous adoption. Failure to do so, especially when department leaders are benefiting financially from the status quo, raises ethical questions.

Bourget said faculty members need to remember that “our students aren’t rich, and we have a responsibility to look for inexpensive materials.” He said he has long been frustrated by the way textbooks issue edition after edition, with professors requiring the latest edition, making it more difficult for students to buy used books. “My students aren’t rich,” he said. “We need to stop accepting this racket.”

Jaschik cited Inside Higher Ed’s 2015 Survey of Faculty Attitudes on Technology, which showed that large majorities of faculty members agreed that price should be considered as a “factor” while assigning textbooks and that faculty members should be “open to using more OER.”