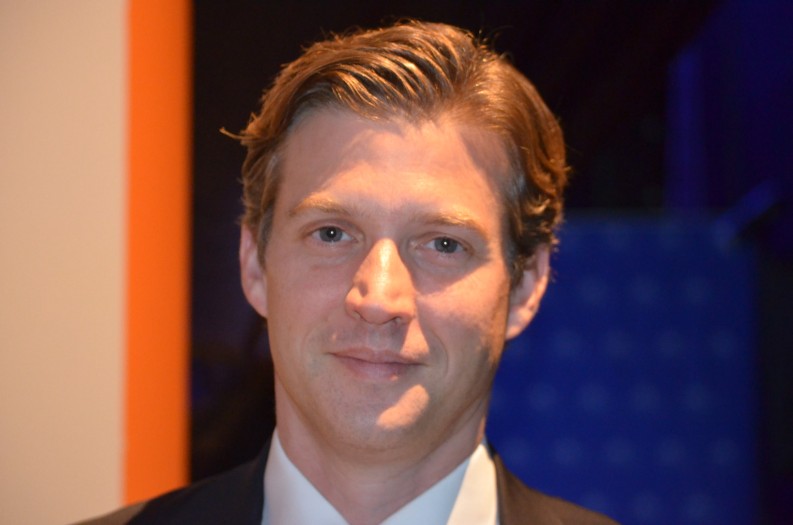 Alec Ross sees a future in which digital books can be delivered as unpiratable text messages and the big data revolution is democratized to smaller players.

The future of the book industry lies in a combination of data compression technology and cryptography, according to Alec Ross, the young American “wunderkind” who gave the keynote address at the final day of the Arab Publishers Conference in Sharjah last week.

“Some of the developments in data compression are extraordinary. We are moving towards a world in which a 400-page book can be compressed to the ‘weight’ of a text message. So, imagine a day when you are reading a Facebook post from a friend who mentions this great book they’ve just read, and imagine being able to click on the title and have it sent to your device or printer. Thanks to Edward Snowden, we’ve learnt the importance of encryption, so the book will be encrypted so it can’t be pirated. I feel very optimistic about these developments.”

A former advisor to Hillary Clinton and a Convenor for the Technology, Media and Communications Policy Committee on Barack Obama’s 2008 presidential campaign, his book The Industries of the Future is due from Simon & Schuster in February 2016.

He believes that, just as in the past the power belonged to landowners during the agricultural revolution and to factory owners during the industrial revolution, so today, in the digital revolution, “the power lies with the owners of data – they have the economic power.” He talked much about big data and how, at the moment, that knowledge lies with the giant companies like Amazon. “But I think as time goes on, it will become more of a commodity, partnerships will be made and the costs will come down.”

He doesn’t think small to medium-sized publishers “should curl into the fetal position” in the face of the challenges of the digital age. Rather, he thinks they should do three things: “Find those 23-year-olds who know nothing about publishing, but who do know about data-based solutions. Learn about what is happening with areas like machine translation, for example, and put yourself at the centre of those developments. All the innovation is coming from tech companies, not from publishers. Partner with these people. And thirdly, make social media your friend. The Arab market is very spread out, across so many countries and time zones – but you can reach out using these tools.”

He doesn’t think the printed book is dead, but adds: “We shouldn’t imagine a world without books – but we should plan for it. We shouldn’t think ‘fewer books’, but ‘more reading’.”

And he believes technological developments hold great possibilities for Arab publishers to help them overcome the problems of distribution. To which one could the audience thinking “Inshallah, inshallah.”