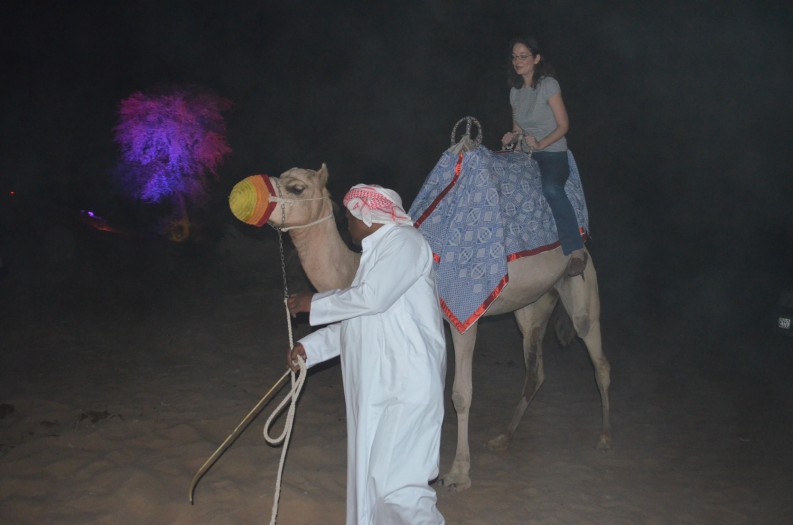 The Sharjah International Book Fair kept international delegates entertained with a visit to an oasis, camel rides and “falcon petting.”

Of course, it isn’t all work at Gulf fairs, and the Sharjah International Book Fair does a magnificent job of keeping its 200 international delegates if not wined and dined, then certainly fruit-juiced and dined – and everyone has a clearer head the next day for it.

After-hours events at this year’s Fair included a trip to the desert to one of those popular ‘entertainment’ oases, one where Greek agent Evangelia Avloniti was among those to enjoy camel riding, falcon “petting” and the fine arts of henna.

More surprising perhaps was the buzzing of drones overhead; no, Amazon hadn’t arrived – this was another, rather less traditional entertainment, with guests allowed to take the controls if they wished.

Another surprise was the Alhaban, or Arabian bagpipes, with the sound produced by blowing air into a goat’s bladder. The surprise was how much it sounded like John Coltrane blowing soprano on his classic recording of ‘My Favorite Things.’

Here are some pics which hopefully capture some of the atmosphere. The only way to travel for Greece’s Evangelia Avloniti! Sharjah does not stint on the hospitality. Midnight at the oasis….