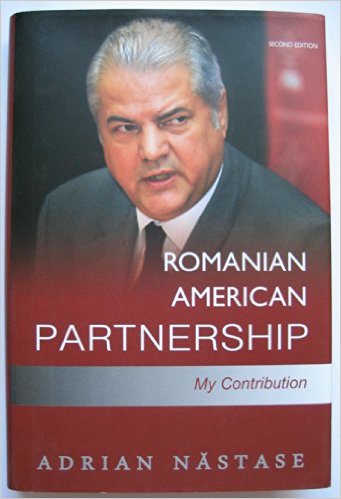 A law in Romania allows prisoners who publish books to cut months off their sentences and several imprisoned politicians and businessmen have taken advantage. One book by the former Prime Minister convicted of corruption…

Romanian politicians and businessmen have been benefiting from the country’s law which allows convicts to reduce their sentences by publishing books. Local observers say the controversial regulation has created a literary boom among wealthy convicts, as well as spurred well-paid ghostwriting opportunities for acclaimed Romanian writers.

Under the country’s law, convicts can claim 30 days off their sentences for each book they publish while serving time in prison. In addition to writing books, other opportunities for convicts to reduce their sentences include working on scientific works and patented inventions. According to Romanian law, every two days spent on working on these can reduce a sentence by three days. This rule has been used a number of Romania’s politicians and businessmen who were imprisoned on charges of corruption and others.

Some of the “emerging” jailed writers include Romania’s former prime minister Adrian Nastase and Ioan Niculae, the richest man in Romania, with an estimated net worth of over $1 billion, according to Forbes magazine. Their ranks are likely to grow, as, only this year, as many as 15 members of the Romanian parliament were indicted on charges of corruption.

Meanwhile, the literary careers of some of the convicts, who produce several books per year, have attracted the attention of the Anti-Corruption Directorate (DNA), the country’s anti-corruption watchdog on suspicion that their sole purpose was to secure an earlier release from prison, and their works are written by ghost-writers, as reported by The Economist. In 2012, Nastase, who served as Romania’s prime minister from the years 2000-2004, was sentenced to two years of prison for an illegal collection of funds for his unsuccessful presidential campaign in 2004, when he ran against the then-incumbent president Traian Basescu. Nastase became the highest-ranking Romanian politician to be sentenced for corruption, and in 2014, he was sentenced to four year-prison sentence, as well as barred from running in elections, for corruption and blackmail. The decision came about 10 months after the politician was released from prison after serving two-thirds of his previous sentence. In August 2014, he was released again.

Since his imprisonment, the former prime minister has published a number of books which contributed to his early release. In 2012, which marked the first year of Nastase’s prison sentence, the politician released his memoir, Exercise of Freedom. In the 238-page book, the former prime minister says he has “learned, over the past years, that the exercise of freedom is as necessary as fitness exercises.”

“After 22 years in politics, I realized that this freedom has been gradually restricted” in Romania, Nastase wrote.

In 2013, the former politician published Romanian-American Partnership: My Contribution, a 169-page book available both in Romanian and English, describing his role in various international events, such as Romania’s participation in the war in Iraq.

“Over the years, some [have] criticized me for being pro-European or crypto-communist and pro-Russian, others for not being pro-American,” Nastase says in the book’s preface, explaining his reasons for publishing the work.

The year 2014 brought another work by Nastase, whose collection of speeches, positions and statements from the years 2001-2004, The Two Romanians, totals some 854 pages. He was released the same year.

Also in 2014, Romanian businessman Gheorghe Copos was released from prison after serving roughly a quarter of his four-year sentence. The entrepreneur secured an early release after he published five books on history and tourism and participated in various social and cultural events at his prison, as reported by local news site Romania-Insider.com.

George “Gigi” Becali is uet another businessman-turned-author who published a travel book while serving time in prison. Becali’s The Mount Athos, Orthodox Land describes his trips to the Greek mountain, a holy site and popular destination for Orthodox Christians. The 180-page book is rich in photos, mostly depicting its author, and describes the spiritual journeys of Becali, in his own words a devout Christian, who was released this year after serving roughly 14 months for multiple crimes, including corruption, rigging soccer games and fraud. In addition to owning Romania’s top soccer side Steaua Bucharest, Becali has also been active in politics, serving in the European Parliament from 2009-2012, and, prior to his conviction in 2013, in the Romanian parliament.

Data obtained from country’s leading online book retailer, Okian.ro, reveals that few of these books are available for purchase online, which suggests that commercial success was not the main driving force behind their release. This said, until Romanian law is modified and the judicial system no longer rewards the literary undertakings of convicts, it is most likely that Romanian prisons will continue to generate a rising amount of book releases by debuting authors.