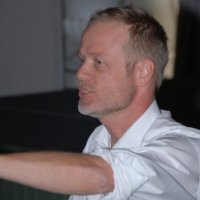 At women24.com, Jeremy Boraine, publishing director of Jonathan Ball Publishers, tried to answer the question “Why are books in South Africa so expensive at the moment?”

Opening with a joke making the rounds in SA’s publishing circles, “How do you make a small fortune in book publishing? You start with a very big one,” and noting that one does not go into book publishing to get rich, he gave a few reasons for the high price of books.

1. The majority of books found on local bookstore shelves are imported from the UK or the US. “The Rand is very weak against these currencies which has had a dramatic impact on the price of imported books.” Naturally, there is nothing South African publishers can do to change this.

2. The impact of ebooks. “a multitude of them … fly direct from Amazon onto your Kindle, cutting out the South African industry entirely. Not all books, of course, but the effect was akin to losing a limb.”

3. The small, even tiny market for locally published books. 2000 copies sold of a South African novel makes it a best seller, which means publishers have to print fewer copies to avoid getting stuck with unsold stock, which in turns drives up the unit cost of each book. Printing 1,000 copies of a book costs around R60 each, raise that print run to 100,000 and the cost drops to R15.

“But books that sell that quantity come around, at best, once or twice in a publisher’s lifetime. The Real Meal Revolution is an example of this, and a bestseller like this one subsidizes all those books that sell 1,000 copies at best.”

4. Publishing is a team effort: authors, editing, design, printing, storage and distribution, publicity and marketing, the mark-up for bookstores, and VAT all add to the cost.

“I sometimes wish I could publish just one book a year,” Boraine writes. “Everyone would buy it, because there’d be no alternatives, and I could print millions of copies and sell them at R60 each.