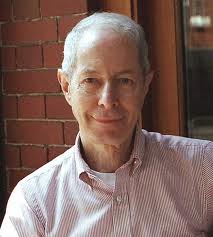 Burton Pike will receive the 2016 Friedrich Ulfers Prize, awarded to those who have championed German-language literature in the United States. Now in its fourth year, the prize has become a fixture ahead of the Festival Neue Literatur, a three-day event in New York City that brings together up-and-coming writers from Germany, Austria and Switzerland, as well as established authors in the USA.

Past winners of this prize include Bob Weil, Sara Bershtel and Carol Brown Janeway.

Pike is a well-known translator of German-language literature, as well as Professor Emeritus of Comparative Literature and German at CUNY’s Graduate Center. He is a member of the PEN Translation Committee, and some of his well-known translations include The Sorrows of Young Werther by Goethe, Rilke’s The Notebooks of Malte Laurids Brigge, and Gerhard Meier’s Isle of the Dead, which won the 2012 Helen and Kurt Wolff Prize for the best translation of a literary work.

“Translation is a way of bridging the gaps between cultures old and new, and a window into how people in other countries live and think,” said Pike, when he heard the announcement about receiving the Ulfers Prize. “It makes understanding possible.”

The award ceremony will take place on February 25 at the opening of the Festival Neue Literatur (FNL), and fellow translator Shelley Frisch will deliver the laudation.

This year’s FNL will take place February 25–28, 2016 in New York City under the motto “Seriously Funny.” Events are free and RSVPs are required.